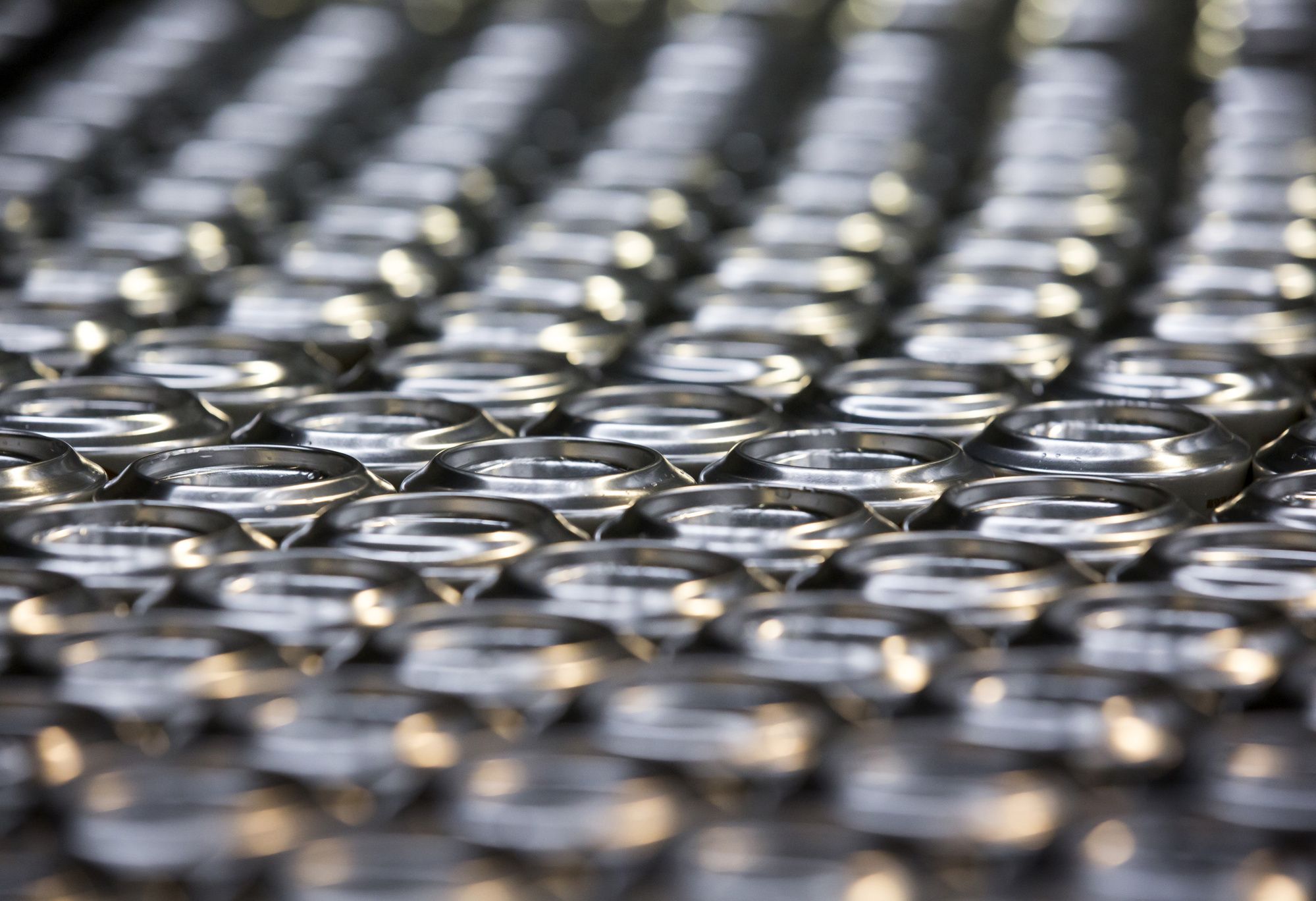 Cans of Kirin Ichiban beer move along a conveyor on the production line of the Kirin Brewery Co. factory in Toride, Ibaraki, Japan, on Thursday, May 31, 2018. Kirin Holdings Co., the parent company of Kirin Co., aims to reach 100 billion yen ($910 million) in sales of food and beverages aimed at appealing to wellness concerns in the next two decades, according to chief executive officer Yoshinori Isozaki. Photographer: Tomohiro Ohsumi/Bloomberg

(Bloomberg) -- Packaging maker Sonoco Products Co. is among bidders for Crown Holdings Inc.’s cans unit, which is expected to fetch more than $2 billion, according to people familiar with the matter.

Other suitors include private equity firms KPS Capital Partners, Lone Star Funds, Onex Corp. and Platinum Equity, said the people, who asked not to be identified because the information is private. Crown is working with an adviser to run an auction for the unit, the people said.

Crown, the world’s largest manufacturer of food cans, launched a strategic review for its cans division in 2019. The Philadelphia-based company, which traces its origins to 1892, has more than 200 manufacturing plants globally. Most of its revenue comes from outside the U.S.

A purchase of Crown’s can business would expand Hartsville, South Carolina-based Sonoco’s international sales, particularly in Europe, which makes up about 20% of the business. The company has previously looked to dealmaking to fuel growth.