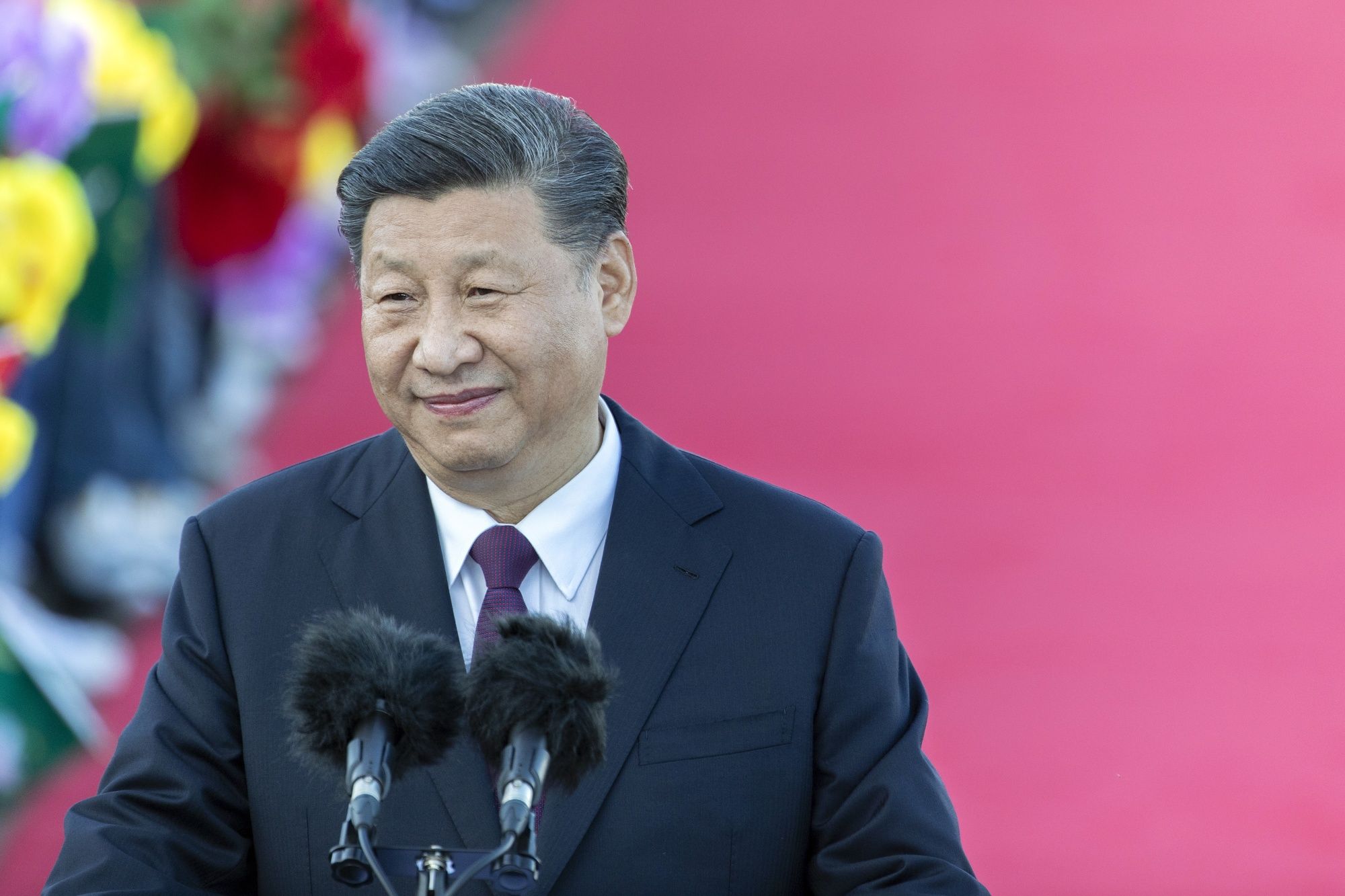 Xi Jinping, China's president, delivers a speech after arriving at Macau International Airport in Macau, China, on Wednesday, Dec. 18, 2019. President Xi is expected to use a visit marking 20 years of Chinese rule over Macau this week to send a message to the protest-stricken financial hub some 50 kilometers (30 miles) to the east: work with us and get rich.

(Bloomberg) -- Chinese President Xi Jinping is set to deliver his first speech since Joe Biden entered the White House, remarks that could set the tone for relations between the world’s biggest economies over the next four years.

Xi will speak later Monday at the Davos Agenda event, which he last addressed in 2017 days before Donald Trump took office. At the time, Xi warned that a trade war would hurt both sides while stressing China’s openness and condemning protectionism. Chinese state media has recently promoted that speech, casting Xi as a visionary.

French President Emmanuel Macron and German Chancellor Angela Merkel were also slated to be among the speakers at the online event hosted by the World Economic Forum from Monday to Friday. The in-person meeting, which is usually held in the Swiss ski resort of Davos, has been postponed due to the pandemic and is now scheduled to take place in May in Singapore.

The landscape is much different for Xi than four years ago. The Trump administration has since moved to impose tariffs on Chinese exports, sanction officials over moves to restrict freedoms in Hong Kong and Xinjiang and deny vital technology to some of China’s biggest companies. Xi has since emphasized a “dual circulation” policy that prioritizes self-sufficiency.

Biden’s team has signaled it would continue to hold a tough line on China while seeking cooperation in areas like climate change. In its first week, the U.S. issued statements blasting China for sanctioning Trump officials and for a military show of force against Taiwan. China’s foreign ministry has called for bilateral relations to be “rebuilt and repaired” while asserting the right to defend its interests.

Biden hasn’t given many specifics on how he would deal with the thorniest issues between the countries, including export curbs on companies like Huawei Technologies Co., data security regarding apps like Bytedance Ltd.’s TikTok and tariffs on almost $500 billion of products. But he has signaled a shift from confrontation to competition, with members of his administration calling for greater investments in the U.S. to “outcompete” China.

Xi is speaking from a position of strength: China has been the only major economy to report growth amid the pandemic last year. Economists are forecasting an expansion of 8.3% this year, compared with 4.1% in the U.S. Xi recently committed China to be carbon-neutral by 2060, although Beijing has revealed few details on how it plans to achieve the target.