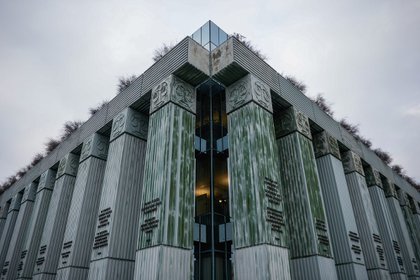 (Bloomberg) -- The Polish Supreme Court barred sending a Falun Gong practitioner to China for trial in a case that underscores debate over Europe’s attention to human rights issues in the world’s most populous country.

Li Zhihui, a Chinese-born Swedish national, has been held in Poland pending extradition to China since he was detained at Warsaw Chopin Airport on an Interpol notice almost two years ago.

Poland’s highest court on Friday ordered a lower court to re-examine its decision to send the businessman to China to face financial crimes, effectively blocking the extradition.

“When extradition case concerns an EU citizen sought by a country outside of the bloc, European laws come into question, lifetime prison was a key concern here,” Justice Przemyslaw Kalinowski said. “Such a penalty is hardly acceptable in European law, even in the case of the most serious crimes.”

The case has attracted the attention of the Swedish government and human rights advocates because Li is also a Falun Gong practitioner. China has sought to eliminate the meditation sect for more than two decades and international rights groups say imprisoned members can face torture and abuse.

The decision comes at sensitive time as the European Parliament seeks to ratify an investment deal between the European Union and Beijing. Critics of the agreement say it fails to adequately address forced labor and other human rights concerns and sends the wrong signal at a time when Beijing is stepping up crackdowns on religious and political freedoms in places like Hong Kong, Tibet and Xinjiang.

Numerous Chinese nationals have sought refuge in Europe in recent months to escape what they say is persecution at home.

Swedish Foreign Minister Ann Linde said Wednesday that the country’s diplomats had visited Li in jail and they expected Poland to uphold the European Convention on Human Rights and other commitments.

“Sweden’s concern about the human rights situation in China is well known by Polish authorities,” Linde said in a written response to questions from opposition lawmakers.

Li, 53, is originally from China’s eastern province of Jiangsu and left in 2012 to settle in Sweden, according to the Madrid-based human rights group Safeguard Defenders. Chinese authorities later launched an investigation into Li, accusing him and another man of fraud, the group said.

Poland’s appellate court decided last year to extradite Li, prompting a cassation from the country’s ombudsman. The watchdog asked the Supreme Court to order the case to be re-examined, saying that the ECHR and Polish penal code didn’t allow extradition if it could lead to inhuman treatment or torture.

“Li’s case will be watched by governments all over Europe, as well as in Beijing,” said Peter Dahlin, co-founder of Safeguard Defenders. He added that other countries bound by the ECHR, such as Sweden and the Czech Republic, have denied extraditions to China, citing its one-party control over the judicial system and more than 99% conviction rate.

China has expanded its pursuit of overseas fugitives as part of a years-long graft crackdown under President Xi Jinping, almost doubling its extradition treaties to more than 50 since 2012. China recently ratified an extradition pact with Cyprus, and the top legislative body in Beijing is set to approve a similar one with Belgium next week. It doesn’t have an extradition treaty with Poland, and Li’s case is an ad hoc request.

(Updates with decision from first paragraph.)