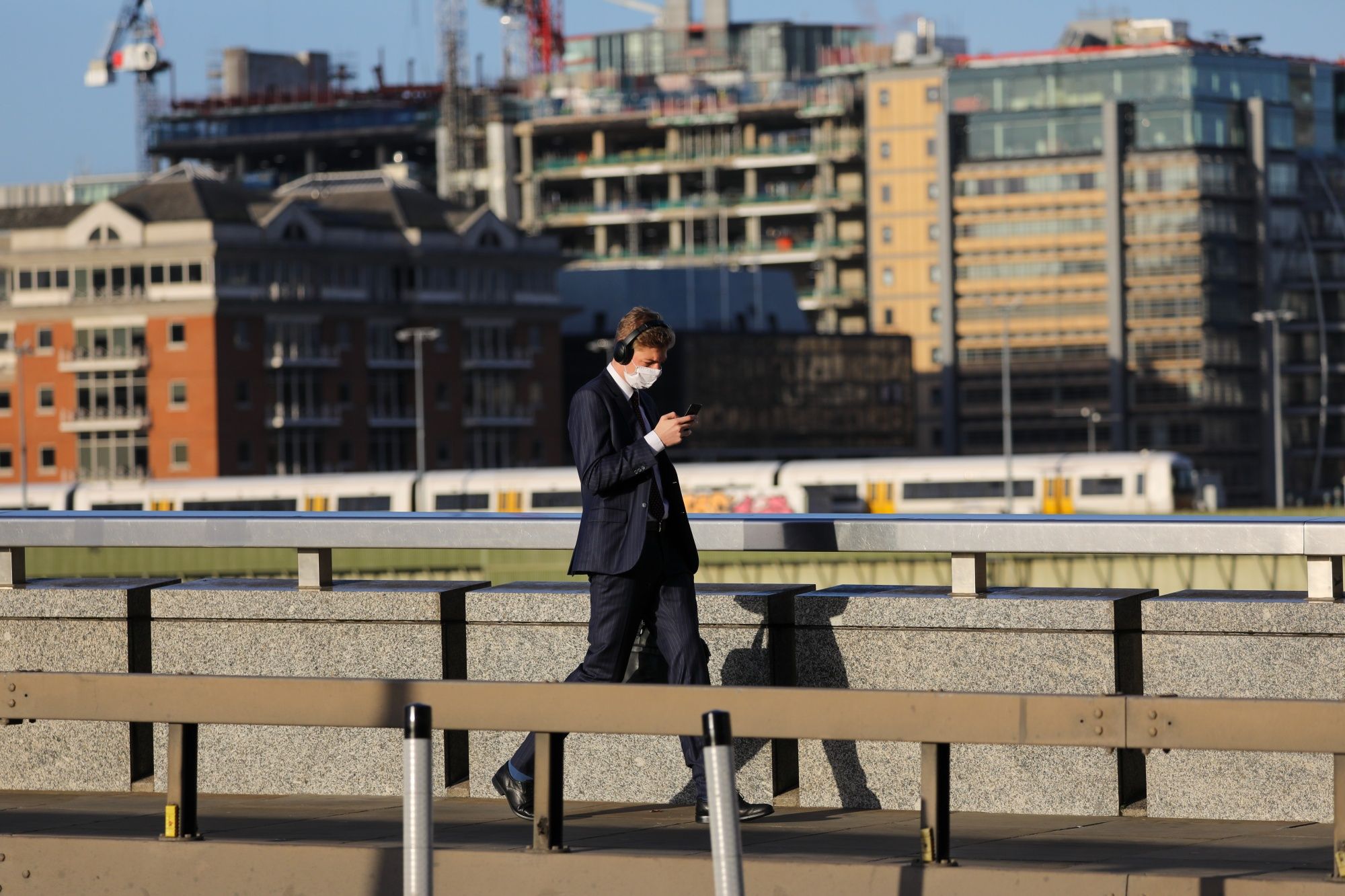 A commuter, wearing a protective face mask, looks at his mobile phone as he crosses London Bridge in London, U.K., on Thursday, Oct. 15, 2020. London is on course for an imminent tightening of coronavirus restrictions, as cases continue to rise in Britain and its response fragments. Photographer: Simon Dawson/Bloomberg

(Bloomberg) -- The U.S. added Austria, Spain, and the U.K. to the string of countries it says are discriminating against American companies through their decisions to tax local revenue of Internet giants such as Facebook Inc.

The office of the U.S. Trade Representative won’t take specific action following the outcome of the investigations, but will continue to “evaluate all available options,” it said in a statement Thursday. Last week, the USTR issued similar findings against India, Italy and Turkey.

In June, the USTR started investigations into the moves of at least 10 countries under Section 301 of the U.S. Trade Act of 1974, which allows it to retaliate for trade practices it deems unfair. It’s the same tool used to justify U.S. tariffs on Chinese goods for alleged theft of intellectual property.

Plans for an international digital-tax agreement brokered by the Organization for Economic Cooperation and Development have been delayed until at least summer of this year after it became clear the initial deadline of reaching a deal in 2020 wouldn’t be met. The goal had been to replace individual country’s digital taxes with a global plan.

Without an OECD agreement, countries are going ahead with their own versions of the taxes, which could result in a worldwide retaliatory tax and tariff war between the U.S. and nations that want a share of the taxes from American tech giants’ revenue. Belgium, Norway and Latvia are among countries that could introduce digital services taxes in 2021, while Spain and Czech Republic start collecting the tax this month.

“The taxation of companies that engage in international trade in goods and services is an important issue,” U.S. Trade Representative Robert Lighthizer said in the statement. “The best outcome would be for countries to come together to find a solution.”