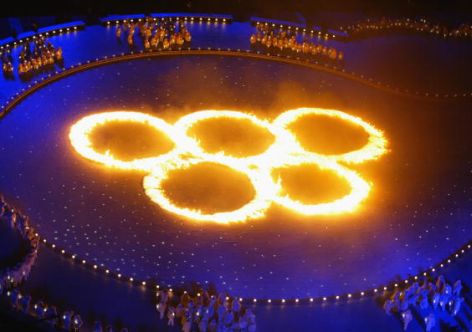 (ATR) The 2002 Olympic host city says it’s ready to get back in the Games.

Salt Lake City’s Olympic exploratory committee confirmed the city’s interest to bid for the 2030 Winter Olympics on Feb. 7 with a 140-page report that suggests Salt Lake City has the necessary infrastructure to host the Olympics once more.

The capital of Utah is the first city in the United States to clearly state its intentions to bid for the Games, as well as produce an in-depth report detailing the feasibility of hosting the event.

"The report affirms what we've always kind of believed: That we are in a tremendous position to host the Winter Olympics again," Governor Gary Herbert told reporters Wednesday.

The initial budget is estimated at $1.35 billion. This report with the budget proposal will be sent to the United States Olympic Committee and the International Olympic Committee, according to exploratory committee chairman Fraser Bullock.

Although the IOC isn’t scheduled to elect the 2030 host city until 2023, Salt Lake City officials want to make sure the city is in the running in case another dual Olympic award is given for the 2026 and 2030 Winter Games.

The IOC awarded Paris and Los Angeles with the 2024 and 2028 Summer Games at its IOC Session in Lima, Peru last September.

The two cities were among five original bids for the 2024 Olympics. However, with the combination of losing three bids to opposition and the trending decrease in cities interested in bidding for the Games, the IOC chose to award two Olympics at once to the finalists.

Due to L.A. hosting the 2028 edition, the USOC and IOC may prioritize a U.S. bid for 2030 - a key factor in Salt Lake City’s decision to focus on 2030. Salt Lake City will face domestic competition to become the U.S. bid with the USOC indicating Reno-Tahoe, Nevada and Denver, Colorado are also interested.

The USOC must decide on March 31 whether it will put forth an American city for 2026.

Salt Lake City ensured the possibility of bidding for both 2026 and 2030 by finishing its exploratory report months before the deadline.

Several cities have serious interest in hosting the 2026 Winter Games, with Sion, Switzerland, Calgary, Stockholm and Sapporo all having sent observer teams to the PyeongChang Games.