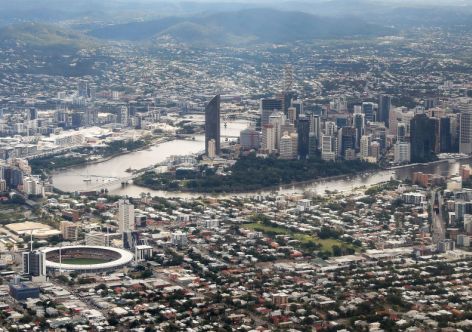 (ATR)Brisbane is one step away from winning the bid to host the 2032 Olympics.

The IOC Executive Board on Thursday decided to propose Brisbane to the upcoming IOC Session as host for the 2032 Games.

The IOC members will vote at the 138th Session in Tokyo on July 21.

The decision on Brisbane’s bid, which came on the final day of a three-day EB meeting, followed a recommendation by the IOC Future Host Commission.

The Commission, which has made a detailed analysis of the Brisbane 2032 project in recent months, believes the Australian bid ticks all the boxes and that there is no need to look any further.

"The commission is satisfied that the guarantees provided by Brisbane 2032 are comprehensive and thorough. They demonstrate a strong support by all three levels of government and address all relevant matters," Kristin Kloster Aasen, chair of the Future Host Commission, concluded during a media briefing following Thursday's EB meeting.

IOC president Thomas Bach refused to say the vote next month was merely a formality despite the fact that Brisbane is not facing any competition and has clearly impressed with its candidacy.

"I will never speculate on outcomes of elections, either in the IOC or elsewhere. This decision is now in the hands of the members," he said, though he admitted "the vote in the commission and the vote in the Executive Board were very clear".

The IOC in February designated Brisbane as the preferred candidate to host the 2032 Games under a new method of selecting Olympic host cities. Cities interested in hosting the Games now engage in an extended series of consultations with a permanent commission that recommends a single candidate for final consideration.

The new process eliminates costly international campaigning as well as production of complicated bid books, among other changes to simplify how the IOC selects a host city.

Brisbane would be the third Olympics hosted by Australia, following Melbourne 1956 and Sydney 2000.

Written and reported by Gerard Farek