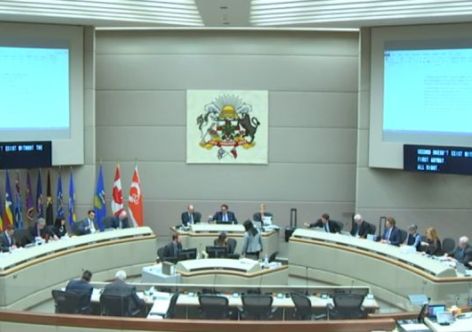 (ATR) #ICMYI -- In Case You Missed It ... Sometimes the best stories don't get the attention we think they deserve. Here are our staff picks for articles this week they really want you to know about.

Calgary Officially Out of 2026 Bid Race

The 15-person Calgary City Council voted unanimously to kill the effort on Monday and wind up the Calgary 2026 bid corporation.

The vote follows on the results of last week’s non-binding plebiscite where 56.4 percent of voters went against hosting the 2026 Winter Games. About 43.6 percent were in favor of the pursuing the bid.

The Council voted 8-7 in favor of a motion seeking to end the bid late last month, two votes short of the two-thirds majority needed. Some of those who voted to keep the bid alive then said they did so only to allow Calgarians to have their say in the plebiscite.

Calgary is the fourth 2026 bid to have failed to win a public vote on the Olympics. A bid from Innsbruck, Austria was torpedoed in a referendum last October. The 2026 bid cycle has also featured bids from Graubünden and Sion in Switzerland being ended by voters in referendums.

The board of directors for USA Gymnastics discusses "questions for the USOC" while meeting to chart the direction the National Governing Body will take.

USA Gymnastics has been thrown in turmoil after the USOC said it started the process to revoke the body’s status as the NGB in charge of gymnastics in the United States.

In an open letter United States Olympic Committee chief executive Sarah Hirshland acknowledged that the decision leaves more questions than answers in the short term, but was best long term for the sport. Hirshland said that the challenges for USA Gymnastics were "simply more than it is capable of overcoming in its current form".

"We have read the feedback and we understand how difficult the situation and uncertainty are for everyone," Karen Golz, chair of the USA Gymnastics board wrote in a statement to its members. "We know you have questions and concerns about what this means for you, the athletes, your gym, your invitationals, your club members."

A short campaign period has not stopped some of the ANOCA Presidential candidates from embracing social media to broadcast their message.

Just over one week remains before the members of the Association of National Olympic Committees from Africa vote for a new president. It will be the second straight year of presidential elections for the body, after the Court of Arbitration for Sport invalidated the 2017 results.

At the 2017 ANOCA General Assembly in Djibouti challenger candidate Hamad Kalkaba Malboum was barred from running at the last minute against incumbent Lassana Palenfo. Malboum was alleged to have used government funds for his campaign violating ANOCA rules.

Malboum appealed the decision, alleging a cabal of forces acting against him. CAS ruled in his favor, and Palenfo was eventually asked to stand down as President.