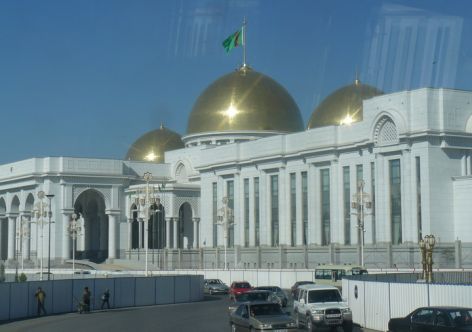 (ATR) A refugee team will be participating in the fifth Asian Indoor and Martial Arts Games in Ashgabat, Turkmenistan next month.

Ashgabat 2017 organizers say the team of four refugee athletes will be one of the 65 delegations at the event, which begins Sep. 17 and runs for 10 days.

"We saw what a positive affect the Refugee Olympic Team had at Rio 2016," the chairman of Ashgabat 2017’s Executive Committee, Dayanch Gulgeldiyev, said in a statement.

"We thought it would be wonderful to include a delegation of athletes at Ashgabat 2017 because of the reception they received. We wanted to follow the lead of the International Olympic Committee in highlighting the plight of refugees in the world."

Ten refugee athletes from four countries competed at Rio 2016 in a first for the Olympics. Two of those athletes were among the five who comprised the refugee team at the IAAF World Athletics Championships in London earlier this month.

Tegla Loroupe, a Kenyan Olympian who was the chef de mission for the Rio Olympic refugee team, will reprise that role in Ashgabat.

The Olympic Council of Asia Hymn will serve as the refugee team’s anthem.

The United Nations Refugee Agency (UNHCR) fully supports a refugee team competing at the largest multi-sport event to ever be staged in Central Asia.

"They are no different and can compete like anyone else. The only difference is the hell they have been through being a refugee."

The UNHCR has been partnering with the IOC for the past 22 years to bring sport to refugee camps around the world.