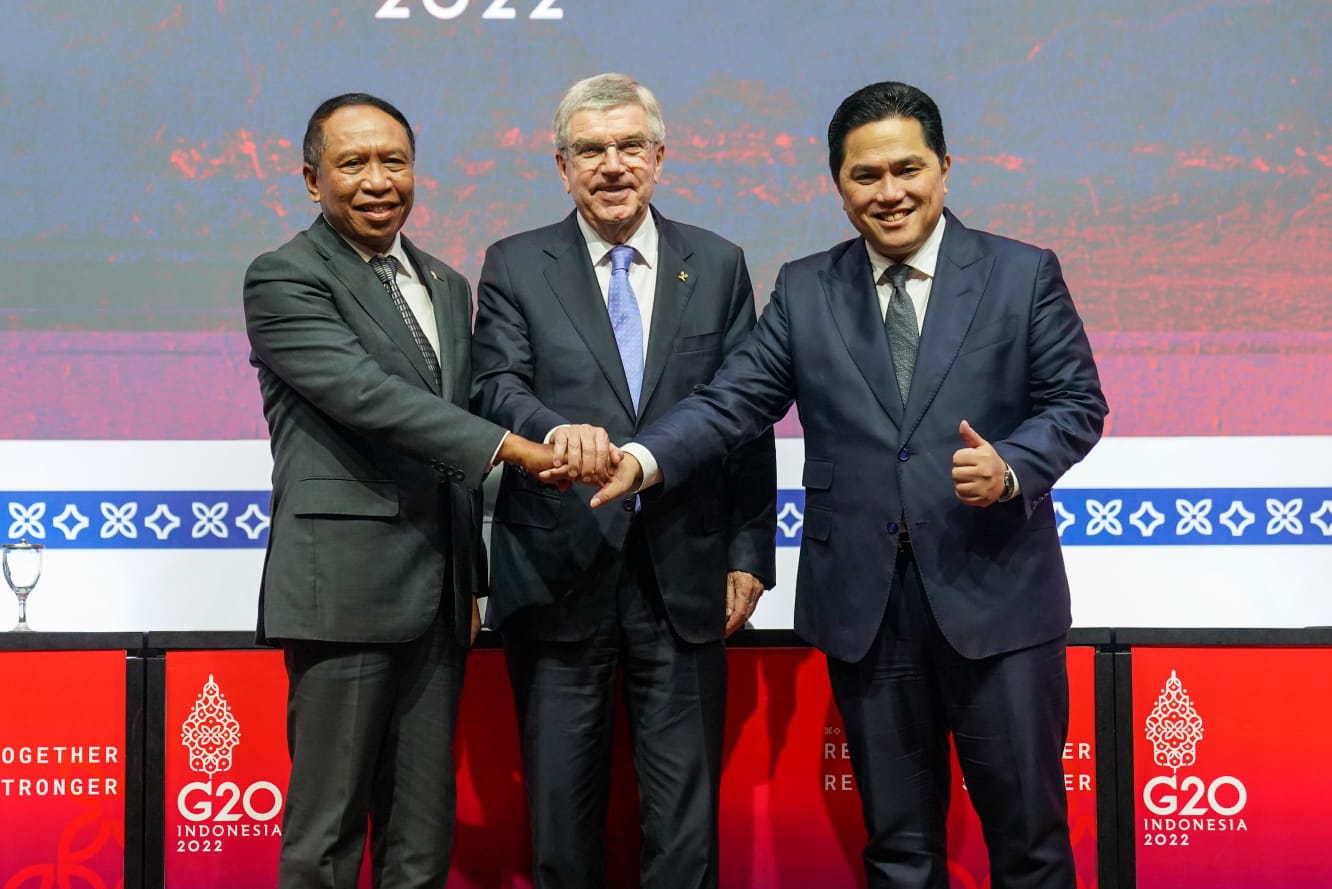 Joko Widodo, President of Indonesia, announced that they will submit their candidacy to organize the 2036 Olympic Games and Paralympic Games, with the peculiarity that the venue, if elected, will be a capital city yet to be built.

Indonesia’s intention was announced at a press conference held at the close of the G20 summit in Bali and which included Thomas Bach, president of the International Olympic Committee (IOC).

“I conveyed Indonesia’s preparations to host the Olympic Games in 2036 in the capital city of Nusantara,” President Widodo announced. Egypt, England, India, Turkey, Hungary, Mexico, Germany and Qatar would be, today, other countries aspiring to hold the Games.

Nusantara is the name given to the new administrative capital of Indonesia, which will replace Jakarta and will begin to be built in 2024 in two districts in the eastern part of the island of Borneo, according to plans by the Indonesian government.

“We are immensely grateful to the President of the G20 Leaders Summit, President Joko Widodo, for the support he expressed regarding the political neutrality of sport and for emphasizing the unifying power of the Olympic and Paralympic Games. This support is of invaluable importance in these times with so many divisions,” said Thomas Bach, stating of Indonesia’s announcement: “It fits very well into the philosophy of the IOC for the future of the Olympic Games”

Bach also said that Indonesia “is a great example of harmony and diversity, of coexistence between different cultures and religions”, and expressed confidence that “it can later present the best possible project to become an Olympic venue. After having seen a presentation of the Nusantara Project and the progress already achieved, I am deeply impressed by President Widodo’s vision of developing this city as a model of sustainable living, with a special emphasis on health and sports.”

For his part, Zainudin Amali, Minister of Youth and Sports, said that “Indonesia has experience organizing international sporting events”, referring to the Asian Games that were held in 2018 in Jakarta and Palembang, as well as several organized world championships.

Precisely, next year, Indonesia will host the U20 Football World Cup, which at some point came into question after the recent tragedy in the classic between Persebaya Surayaba and Arema FC, at the Kanjuruhan Stadium, where more than 130 people died.

“Our intention to submit the application is very serious. In fact, we tried to submit a bid for 2032, but we weren’t fast enough and the IOC ended up choosing Brisbane as the venue for that year,” Amali revealed.

At the beginning of the year, the Indonesian Parliament approved the construction plan to begin work on Nusantara and the goal of having the move from Jakarta to the new capital begin in 2024.