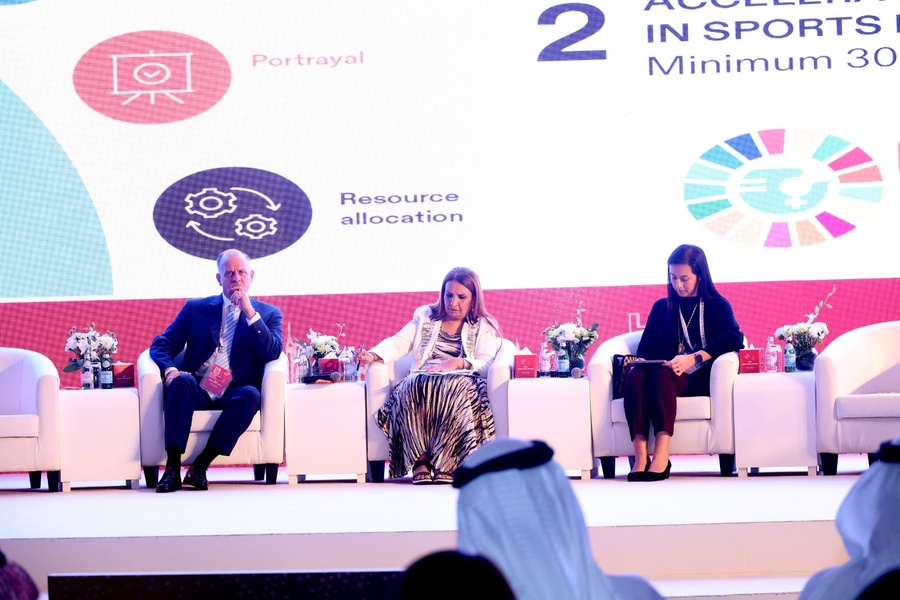 Guests at the stage of the Gender Equity Seminar.

In Manama, Bahrain, the Gender Equity Seminar organized by the Asian Olympic Council (OCA) was held and attended by the German Thomas Bach, president of the International Olympic Committee (IOC).

“Gender equality is essential for all organizations and countries,” Bach said in a video and highlighted that “sports organizations have a responsibility to promote gender equality, diversity and inclusion, leading by example and making the world a better place.”

At the Gender Equity Seminar, in which 42 of the 45 National Olympic Committees (NOC) in Asia participated, Bach stated that “as sports organizations we have an important responsibility to lead by example”, stating that “with this Seminar, the OCA is doing just that: leading by example and sending a strong message to promote gender equality across Asia”. 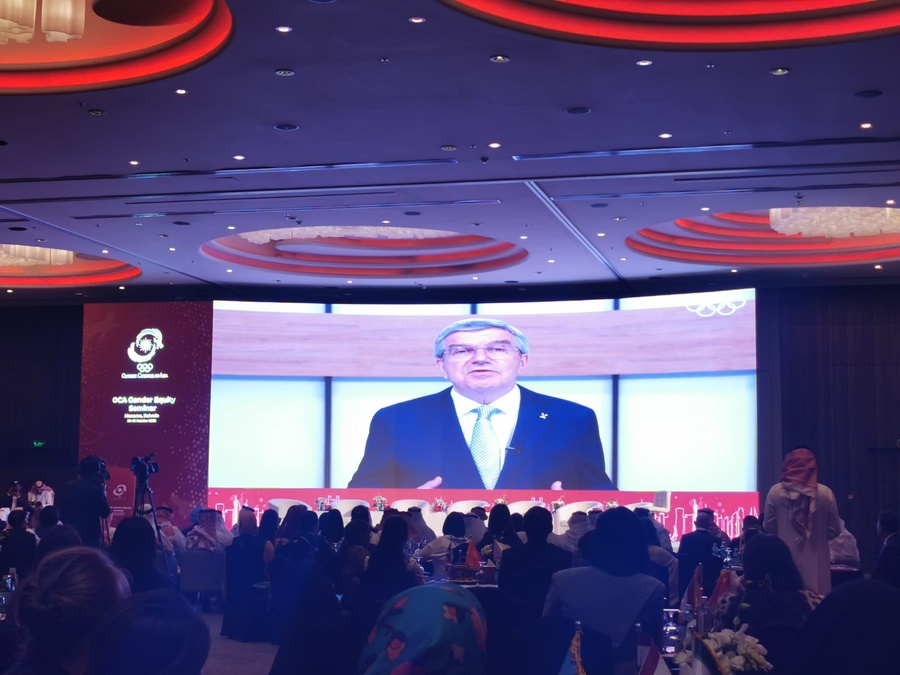 The representation and participation of women, as well as improving practices to improve gender equity, were some of the topics on which different personalities expanded in a panel composed, among others, of representatives of the UN, UNESCO, the Red Cross and private organizations.

One of the figures at the Seminar was the gymnast Oksana Chusovitina, who participated eight times in the Olympic Games and with the peculiarity of representing three different countries (Uzbekistan, USSR and Germany). “I have a lot of dreams. I will do my best to qualify for Paris 2024 and I also want to win another medal for Uzbekistan”, recognized the gold medal in Barcelona 1992 (All Around by teams) and silver in Beijing 2008 (jump). 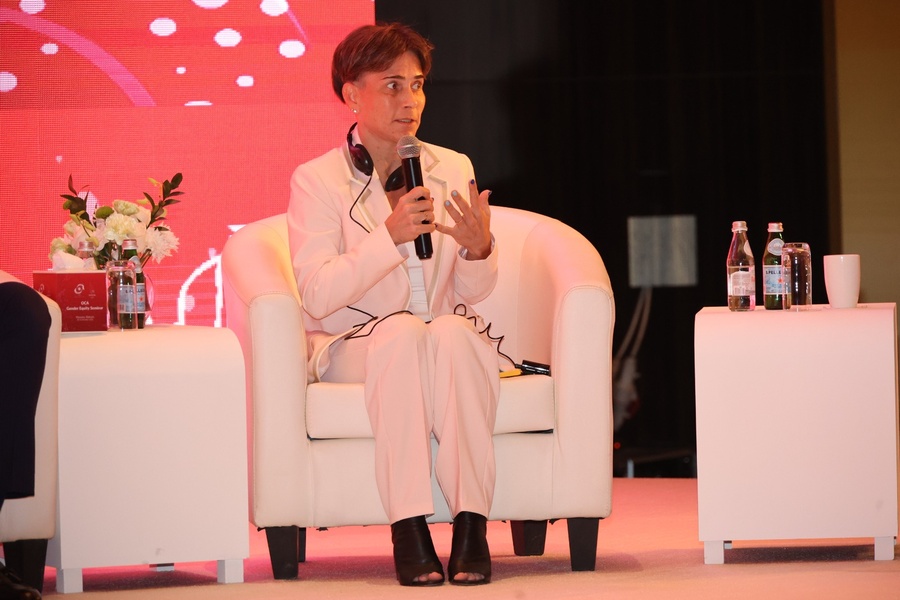 Oksana Chusovitina talks at the Gender Equity Seminar in Bahrein.

Manisha Malhotra, a former tennis player from India, was another participant in the Gender Equity Seminar and shared an experience that decided to help women: “In Nagaland, in eastern India, there was an archery tournament and I asked the organizers where the archers were. There weren’t any. The next day, I saw girls next to the place shooting wooden arrows with bows made of sticks. I told them to come and join the tournament, but they all refused because they said their parents would challenge them because they had to gather firewood and herd goats.”

Malhotra, in her story, recalled: “One day, a journalist told me that, as a tennis player, she had lived in a privileged environment and didn’t understand the true realities for women in sports. I was right. So I decided to travel around India to discover it for myself. Growing up in a home obsessed with sports was probably the greatest blessing of my life... This is the decade of women. Now we believe and the choice is ours. There’s nothing to stop us.” 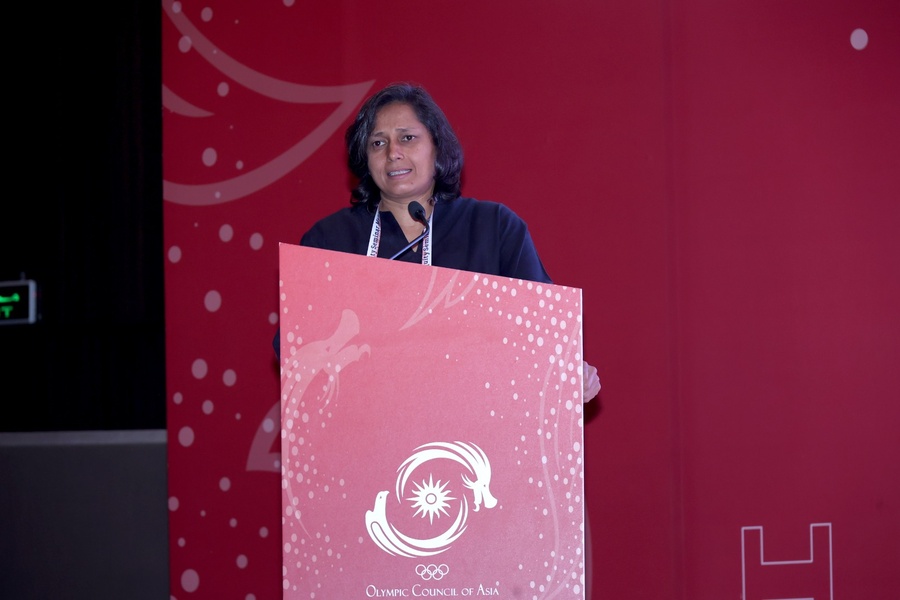 Manisha Malhotra talks at the Gender Equity Seminar in Bahrein.

For her part, Marie Sallois, Director of Corporate and Sustainable Development at the IOC, said that “we can only succeed if we all work together towards common goals. Together, we can continue to create a more equal, secure and inclusive Olympic Movement and, ultimately, a better world through sport,” while Sheikha Hayat, president of the OCA Gender Equity Committee and member of the OCA Executive Board, said at the closing ceremony: “We are all in one boat together, but I am confident that soon, one day, we will all reach our destination.”

The closing of the Gender Equity Seminar left a document with different recommendations, including Encouraging and educating female athletes to prepare them for post-race participation; Balancing the media representation of men and women to give them equal opportunities for exposure; Encourage equal participation of women and girls from the grassroots level; Fair allocation of resources and benefits; Ensuring and enforcing equal development opportunities for men and women (Development of Executives, Staff, Athletes, Coaches and Referees); The importance of having legislation in all countries that support the women’s sport; Implement gender equality at all levels, especially in participation in league games with different age categories.

The 2 day seminar saw an expert group of panelists, including representatives..1/2 pic.twitter.com/09ehMaS8Xn

“In today’s world, no organization or country can afford to leave behind the skills of 50 percent of the population, whether in sports or in society in general. That’s why the IOC is committed to closing the gender gap on and off the field,” said Bach.

The IOC recently took important steps in the search for equity, such as the appointment of an equal number of women and men to the 2022 commissions, while the goal for Paris 2024 is that 50% of athletes are women: “We all share a mission: to make the world a better place through sports”, the president of the International Olympic Committee closed.