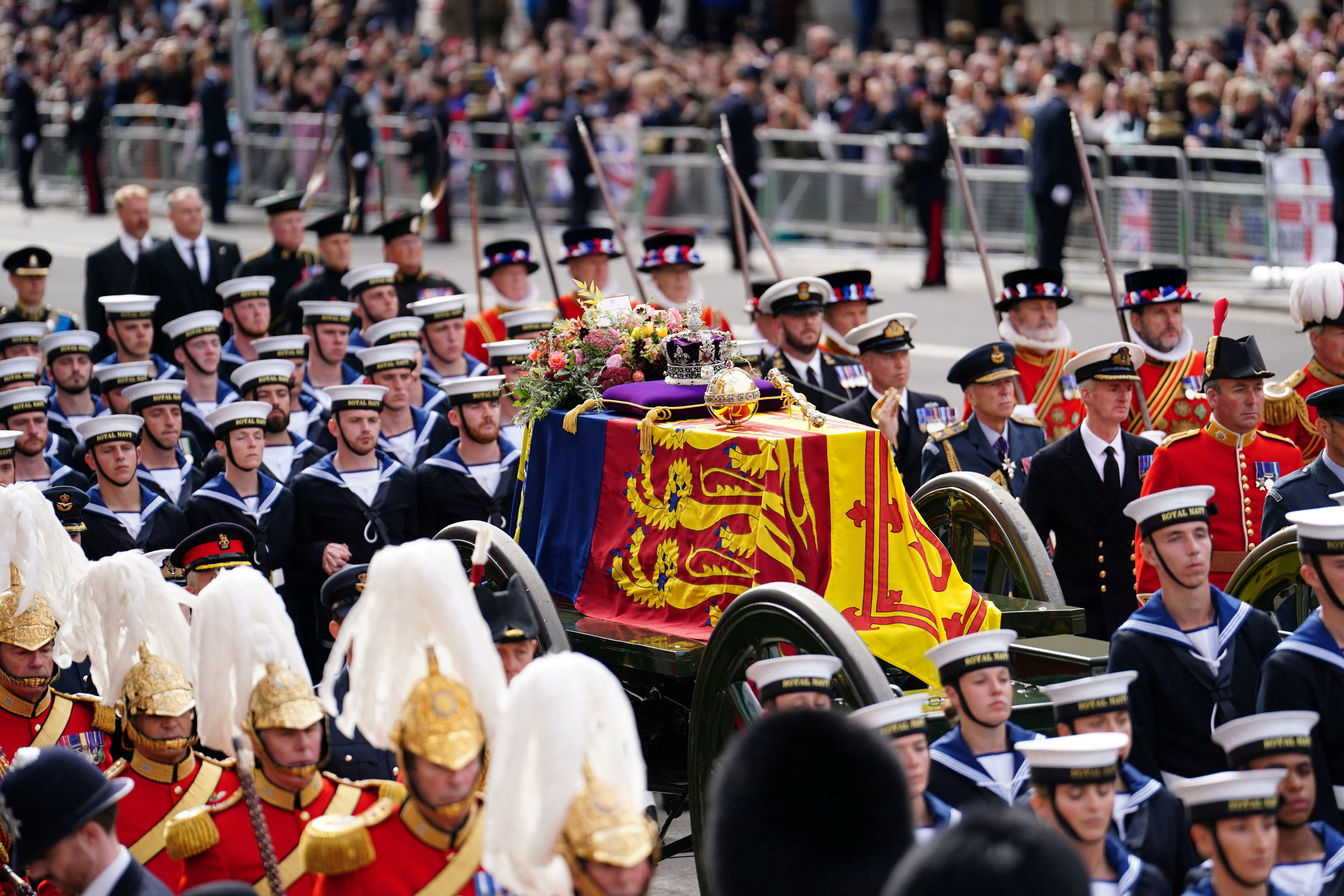 The State Gun Carriage carries the coffin of Queen Elizabeth II, draped in the Royal Standard with the Imperial State Crown and the Sovereign's orb and sceptre, in the Ceremonial Procession following her State Funeral at Westminster Abbey, London. Picture date: Monday September 19, 2022. David Davies/Pool via REUTERS

Three members of the International Olympic Committee (IOC) paid their respects to Queen Elizabeth II at her funeral in London, including two who also lead their countries.

The IOC members include most prominently the Princess Royal, the queen’s daughter. She has been a constant presence in the past week since the death of the Queen. Along with her three brothers, Anne escorted her mother’s casket from Scotland to London, standing vigil with her brothers during the laying state at Westminster Hall. Dressed in her military uniform, she was a stoic presence through the final services Monday at Westminster Abbey and Windsor Castle where the Queen is now interred. The Princess Royal has been an IOC member since 1988.

Prince Albert II of Monaco joined the IOC in 1985, making him the most senior of the IOC members at the Queen’s funeral in London. Wearing his military garb, the Monegasque head of state was accompanied by Princess Charlene, herself an Olympian in swimming. Albert competed in bobsleigh before joining the IOC. He was its youngest member at the time, age 27.

The emir of Qatar, Sheikh Tamin, was the third IOC member spotted at the funeral. Like Albert, Tamin was the youngest IOC member when he was elected in 2002 at age 22. He has been head of state in Qatar since 2013. 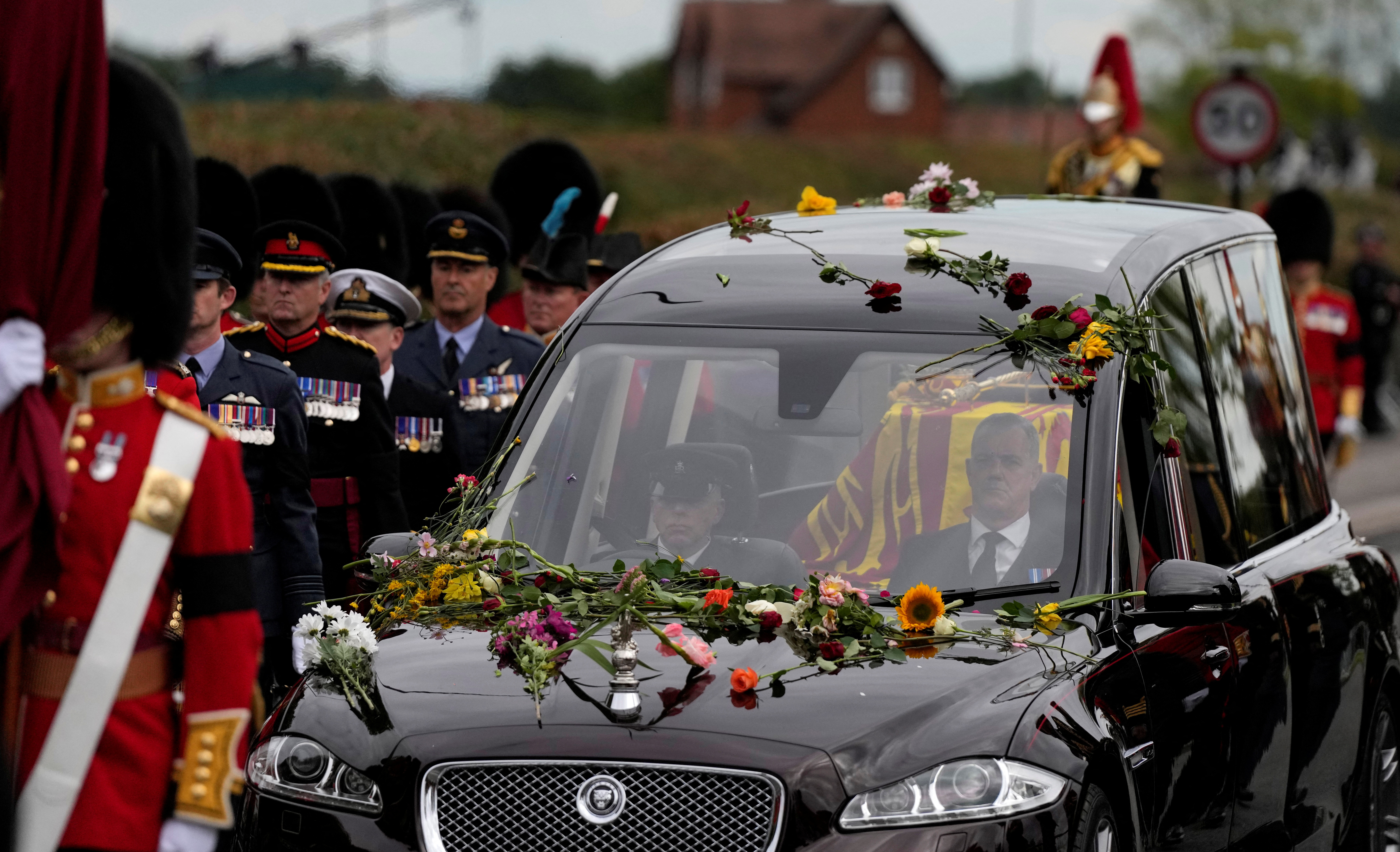 Flowers cover the hearse carrying the coffin of Queen Elizabeth II as it arrives on the Albert Road outside Windsor Castle in Windsor, England, Monday, Sept. 19, 2022. The Queen, who died aged 96 on Sept. 8, will be buried at Windsor alongside her late husband, Prince Philip, who died last year. Alastair Grant/Pool via REUTERS

Honorary IOC member King Willem-Alexander of the Netherlands was at the funeral with Queen Maxima. He surrendered his IOC seat in 2013 when he succeeded his mother to the Dutch throne.

Olympian King Felipe VI paid the respects of Spain at the funeral. As a young prince he competed in sailing at the Barcelona 1992 Olympics and carried the flag for Spain during the opening ceremony.

Canadian Mark Tewksberry was among other Olympians attending the funeral. He medaled in swimming at the 1988 and 1992 Games.

The British Olympic Association (BOA) was represented at the funeral by chairman Hugh Robertson along with BOA CEO Andy Anson. 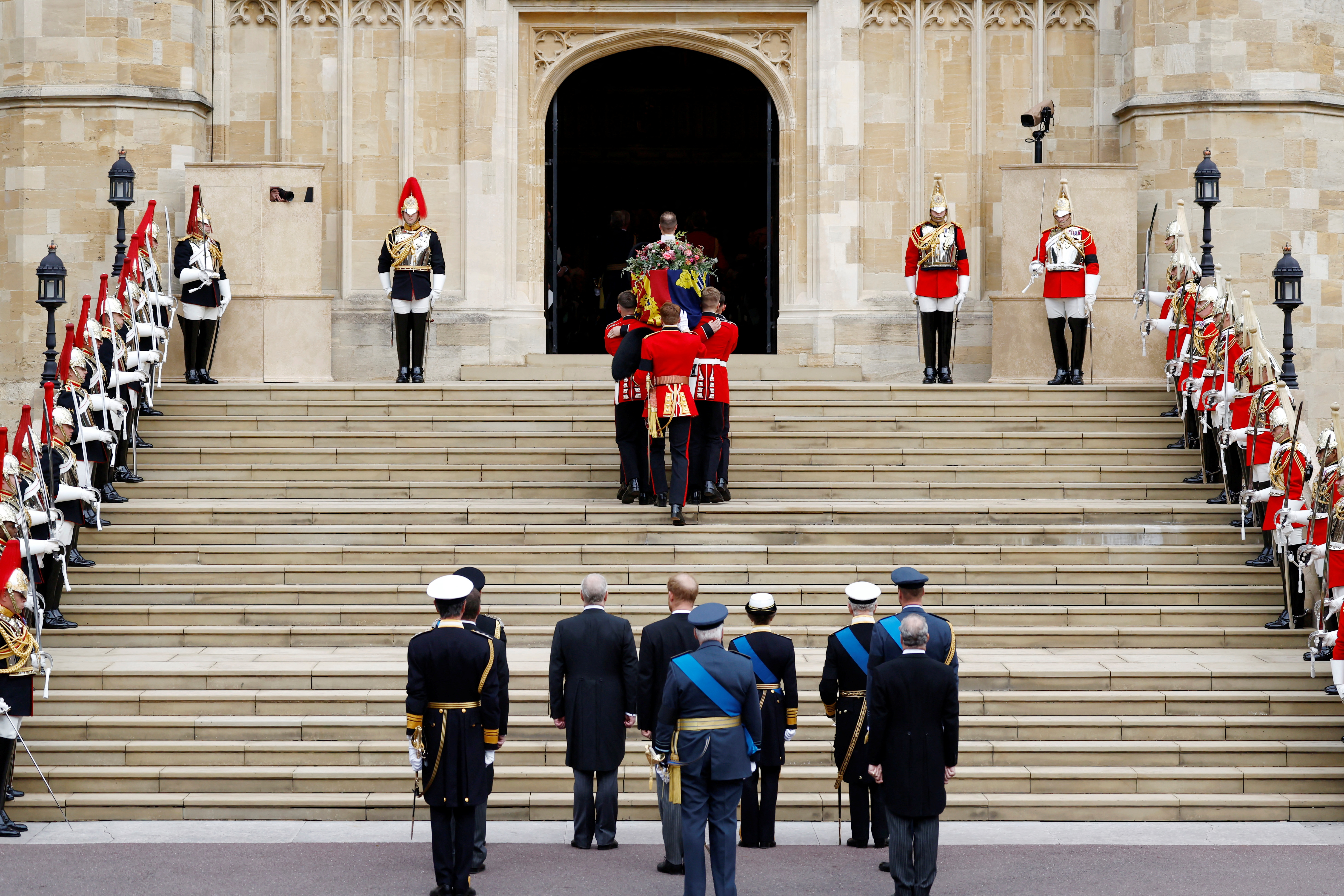 A former member of parliament, Robertson was Olympic minister during the London 2012 Games. Knighted by the Queen, Robertson served as a Gentleman at Arms during the service, a ceremonial bodyguard for the British monarch.

The BOA website remains in a commemorative mode for Queen Elizabeth, her smiling face filling the home page. She was a patron of the BOA, a role now to be filled by the new king, Charles III.

Teqball is coming to Germany! Nuremberg set to host the 2022 Teqball World Championships following an announcement by FITEQ.

Singapore will continue as host of FIBA 3x3 Asia Cup

The initiative is a key part of the IOC’s 2020+5 campaign. The IOC has never had a female president.