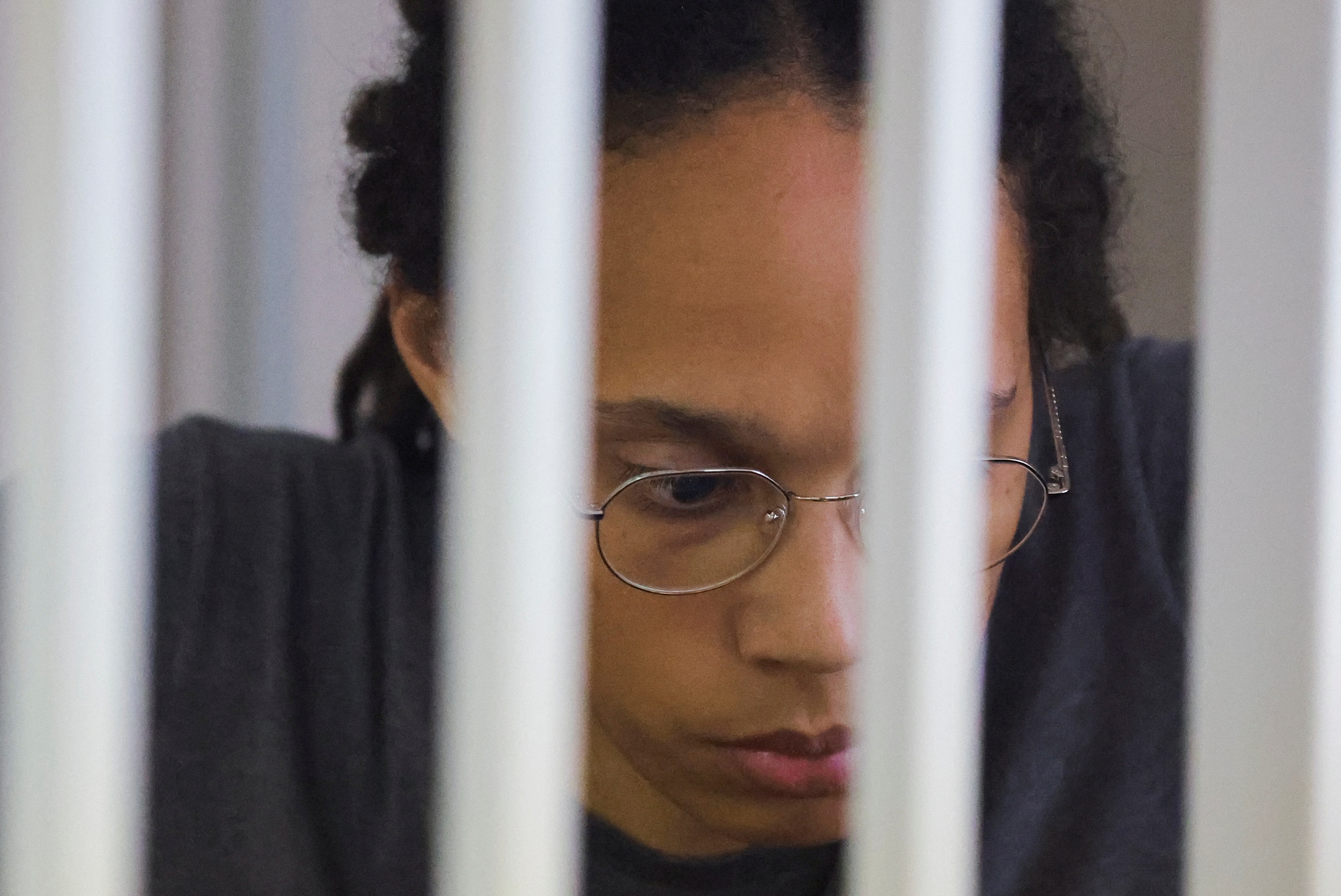 U.S. basketball player Brittney Griner, who was detained at Moscow's Sheremetyevo airport and later charged with illegal possession of cannabis, sits inside a defendants' cage after the court's verdict in Khimki outside Moscow, Russia August 4, 2022. REUTERS/Evgenia Novozhenina/Pool

Olympic gold medalist and WNBA star Brittney Griner was sentenced by a Russian court to nine years in prison, and was fined one million rubles ($16,400 USD) Judge Anna Sotnikova of the Khimki city court delivered the verdict.

Griner was found guilty of drug smuggling with criminal intent after being arrested February 17 at Moscow’s Sheremetyevo International Airport with less than one gram of cannabis oil in her suitcase. Judge Sotnikova said she committed the act deliberately.

The court said it took into account her partial admission of guilt, remorse for the deed, state of health and charitable activities.

The White House released a statement from President Joe Biden saying his administration will continue to work tirelessly and will pursue every possible avenue to bring her home safely as soon as possible. The U.S. government long ago classified Griner as “wrongfully detained.” 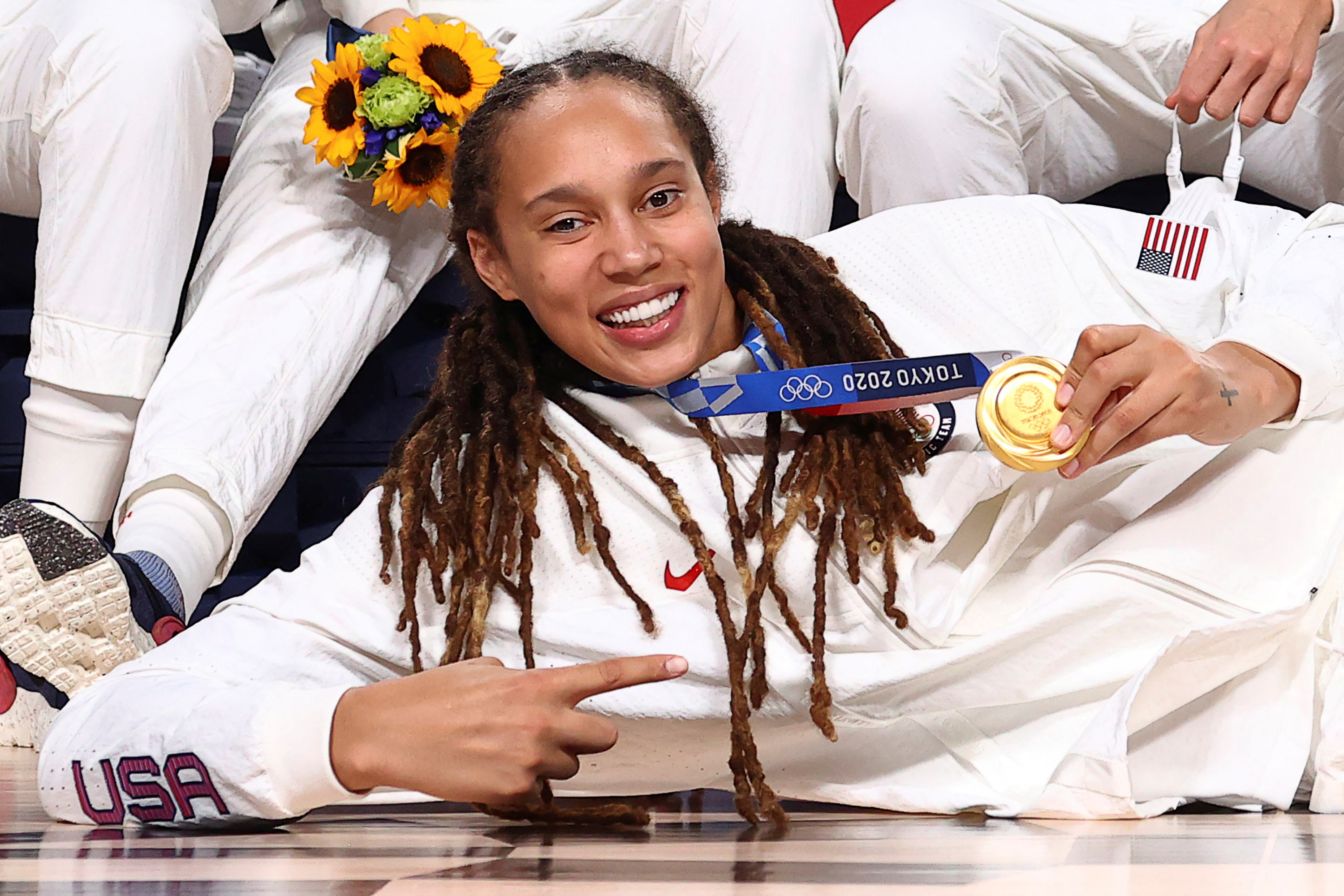 Brittney Griner of the United States poses for a photograph with her gold medal in Women's Basketball at the Tokyo 2020 Summer Olympics at the Saitama Super Arena in Saitama, Japan, August 8, 2021. Picture taken August 8, 2021. REUTERS/Brian Snyder

Griner was a member of the U.S Olympic gold medal-winning women’s basketball team in Rio 2016 and Tokyo 2020. She is an eight-time WNBA All-Star with the Phoenix Mercury.

Griner called the incident “an honest mistake” made while packing in a hurry. She apologized in her final statement to the court Thursday and said she had no intent to break any Russian laws.