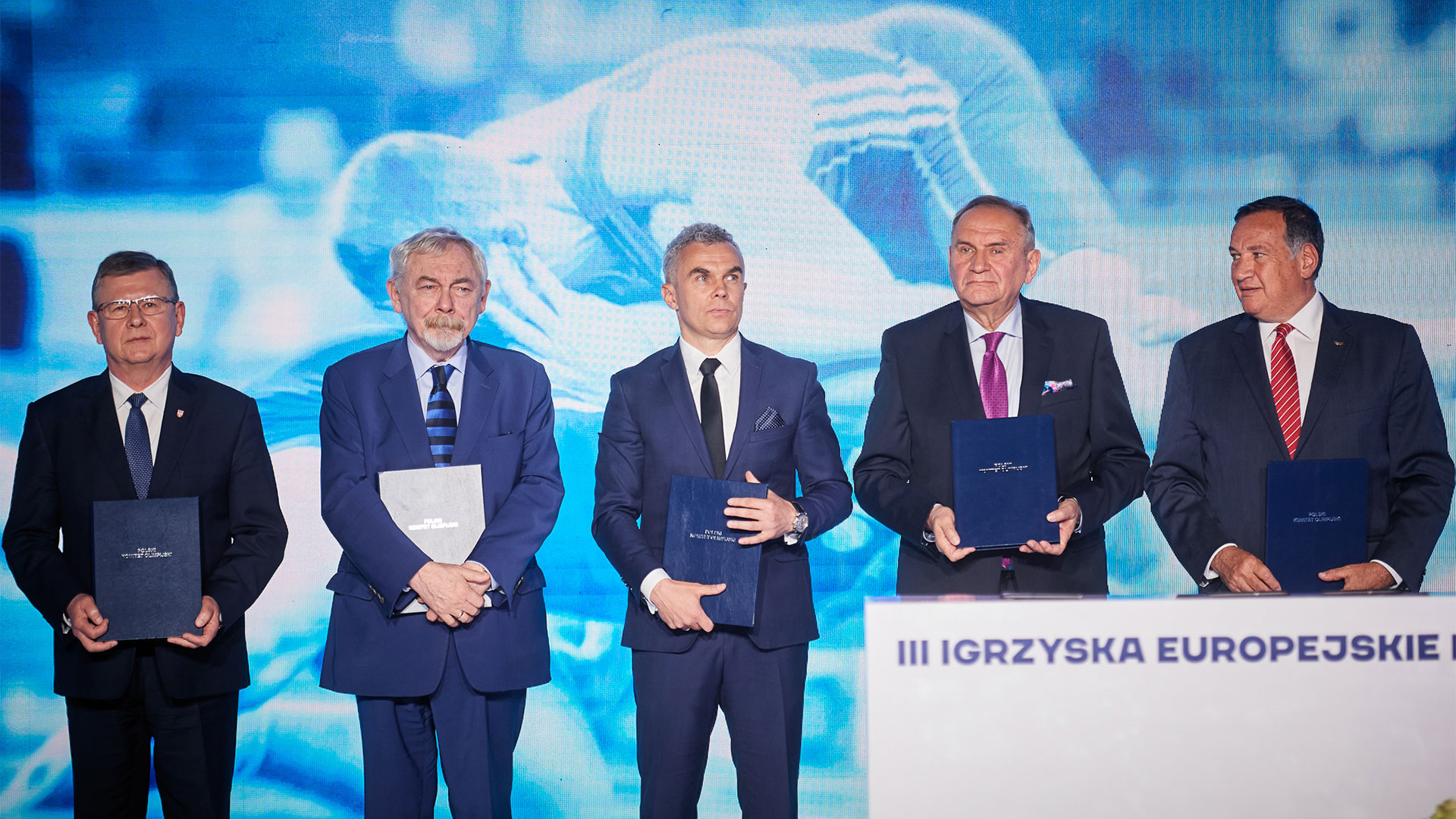 European Games organizers insist a sustainable blueprint is in place and funding issues have been resolved as the Kraków-Małopolska 2023 host city region contract has been signed after considerable delays.

Krakow and the neighboring regions of Malopolska and Slask will share the third edition of the European Games next June. A European Olympic Committees (EOC) delegation led by president Spyros Capralos, secretary general Raffaele Pagnozzi and EOC coordination commission chair Hasan Arat met with Polish government and sport leaders at the Polish Olympic Committee headquarters in Warsaw to finalize and sign the contract on May 17.

Capralos, who was elected as the EOC president in June 2021 and will oversee his first European Games in that role, addressed his Polish colleagues upon the signing of the contract.

“We are thrilled to reach this important milestone and set the blueprint for the future of Europe’s premier multi-sport event,” Capralos said. “As with all major events there are challenges, but working with our partners in Poland makes this journey easier and all the more worthwhile.

“Poland is a natural fit to host this event due to the country’s incredible sporting history, but also because the people are an embodiment of the values the EOC and the European Games seek to promote.”

Capralos commended Poland for their unwavering support of Ukraine and its refugees, while declaring the Games will strengthen the E.U. bond through sport.

“The way Poland has welcomed and supported millions of Ukrainian refugees is the epitome of solidarity,” said the EOC president. “With the support of the EU, and with Europe coming together through sport, the European Games will demonstrate that our continent is united, and that sport has an integral role to play in the continuation of this reality.” 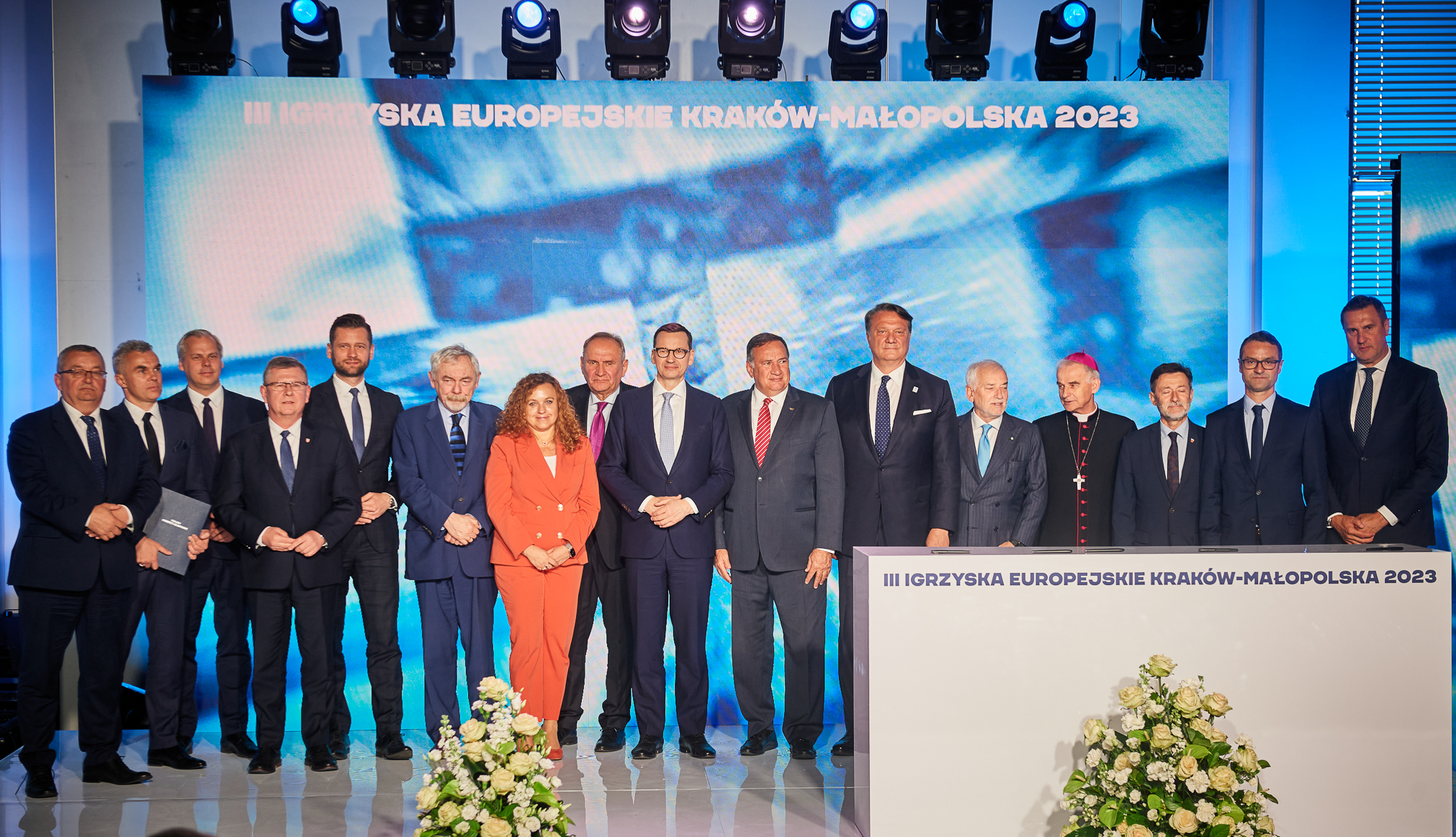 A longstanding dispute between Kraków and the Polish Government regarding funding and investments required for the Games appears to have be resolved. The EOC awarded Krakow-Malopolska the 2023 edition during the 2019 Baku European Games, so it has taken nearly three years for financial agreements to be determined and the contract officially signed.

“As a government party, we have completed the operation of securing funds in the budget that allow for the implementation of the necessary investments in both the field of sport and infrastructure,” said Polish minister of sport and tourism Kamil Bortniczuk.

“We allocated PLN 250 million to sports investments only and I am glad that next year we will host the best European athletes in Poland.

“The third European Games will be a professionally prepared and, above all, a very safe event,” he said, while inviting visitors to the southern region of Poland. 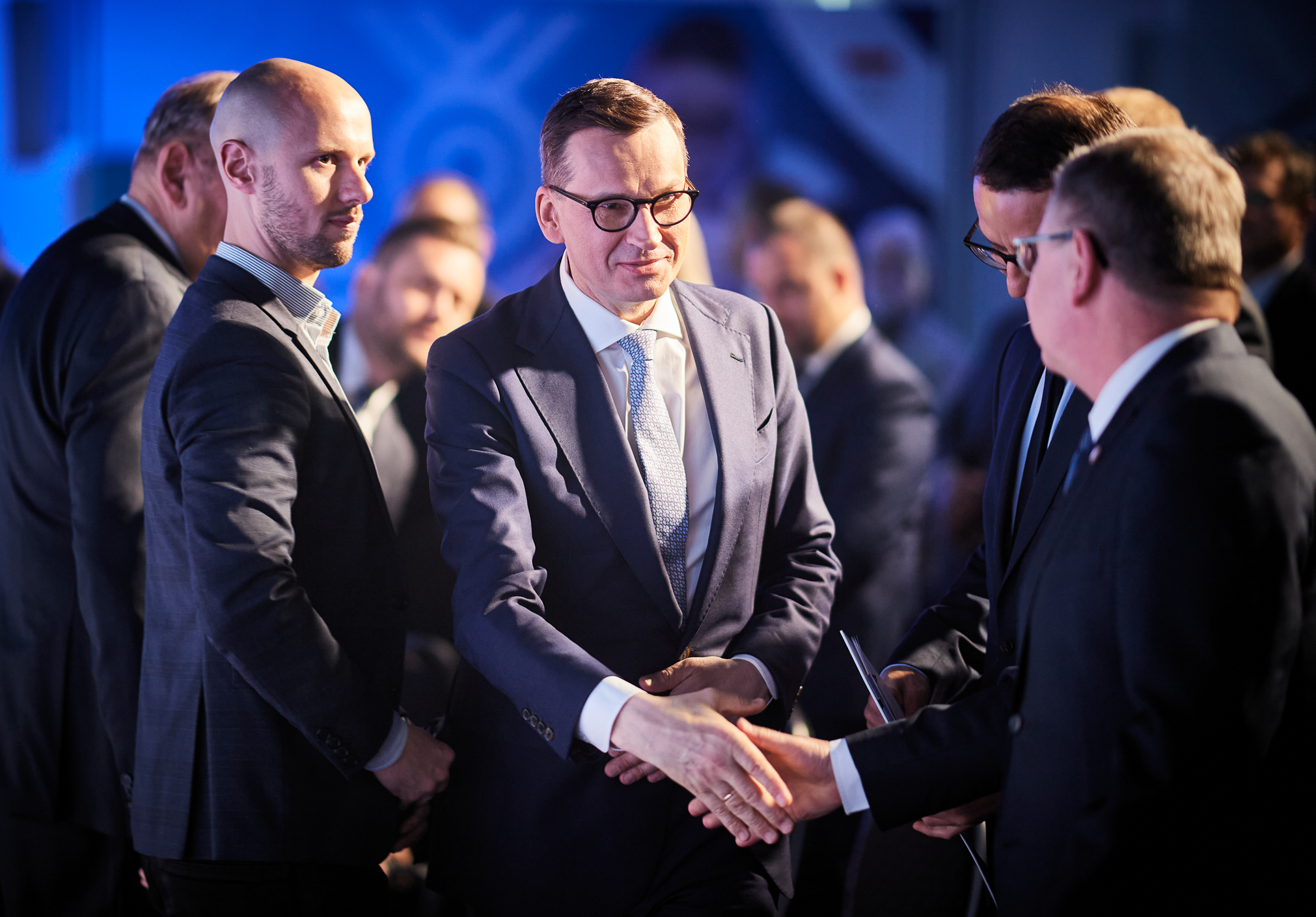 There will be 26 sports on the Krakow-Malopolska program, including 18 Olympic sports, which will serve as qualifiers for Paris 2024 enhancing the significance and value of the third edition of the continental multi-sport event. Additionally, eight Olympic sports will be holding European Championships as part of the Games in Poland, including the European Athletics Team Championships, helping to attract a large contingent of the continent’s elite athletes.

Polish NOC president Andrzej Kraśnicki, who is also an EOC ExCo Member, conveyed his excitement and enthusiasm for next summer’s marquee sporting event.

“The European Games 2023 will be an excellent showcase of the growth and opportunity in Poland, as well as the spirit and dynamism of the next generation, which will be brought to life by through our volunteer program.”

Addressing his EOC colleagues Krasnicki added: Let’s continue our great collaboration in the months ahead and deliver an amazing event for Europe.”

European Olympic Committee officials are hoping bringing the third edition of the continental flagship multi-sport event to Krakow will engage new audiences in the crowded European sports market. Krakow is the farthest west the European Games have been held following previous editions in Baku in 2015 and Minsk in 2019.

“As part of the development of the future roadmap of the EOC, we undertook a wide-ranging NOC consultation,” said EOC secretary general Raffaele Pagnozzi. “NOCs made it clear that an exciting, commercially appealing, and sustainable European Games was central to our future.” 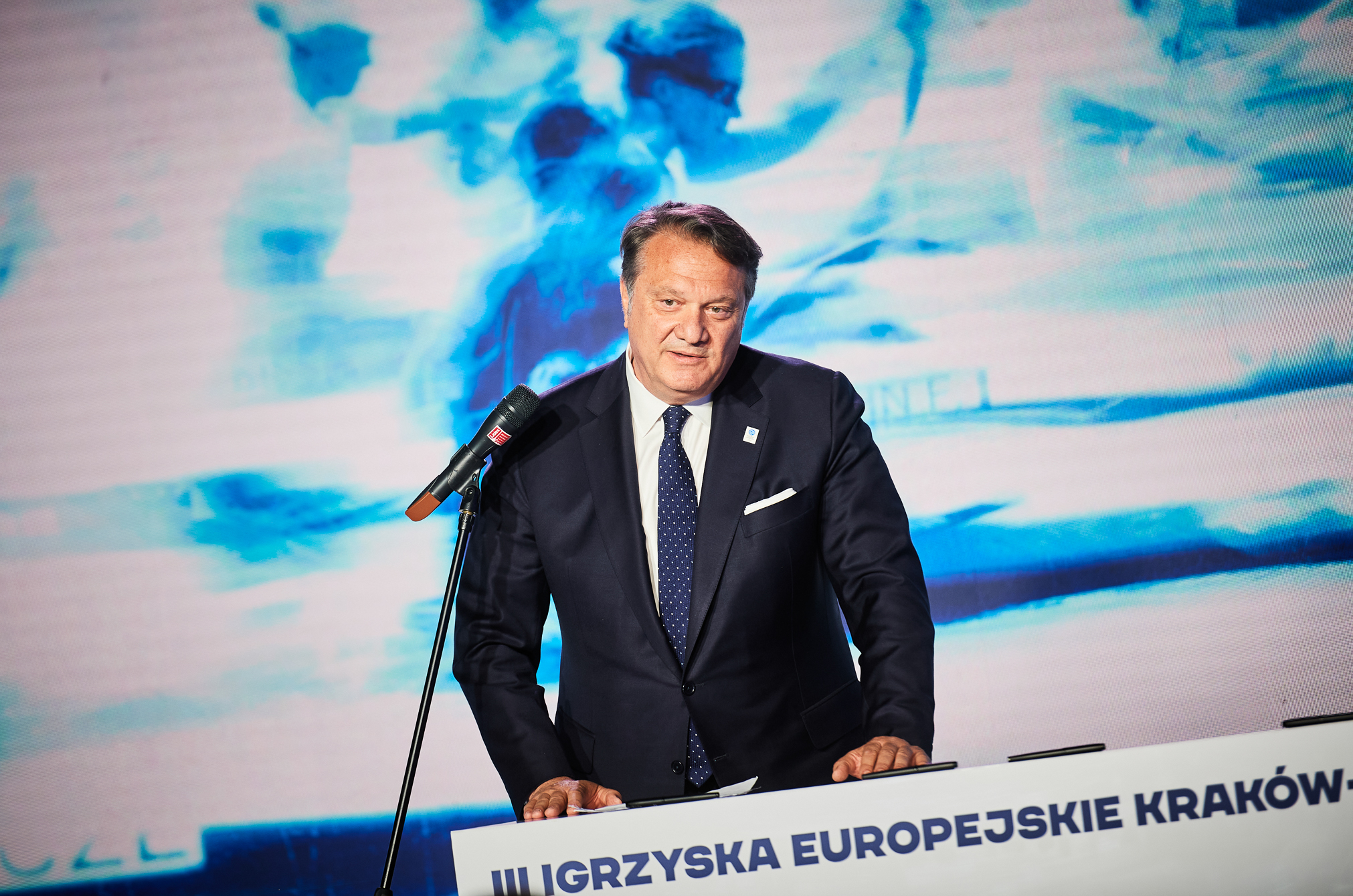 The third edition European Games are slated to be contested in Kraków and the regions of Małopolska and Śląsk between June 21 and July 2, 2023.