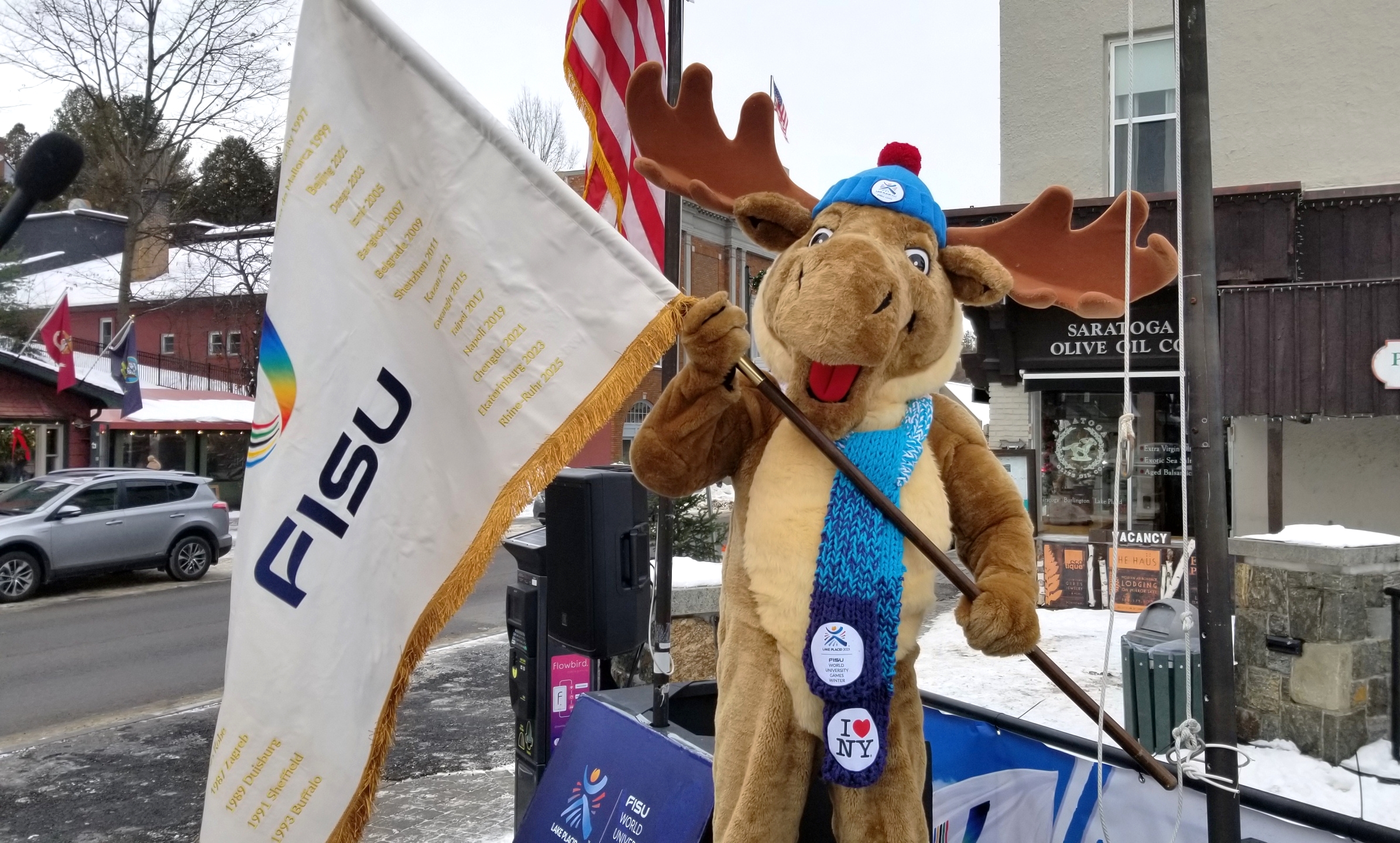 It may not have been the most conventional of flag handovers, but the International University Sports Federation (FISU) flag has completed its journey to Lake Placid, New York. The flag was raised at Mid’s Park on Main St. in Lake Placid during a ceremony held in anticipation of the 2023 Winter Universiade.

Generally, the flag handover would have taken place at the closing ceremonies of the previous edition of Winter Universiade. However, with the emergence of the Omicron variant of COVID-19 forcing the cancellation of the 2021 Winter Universiade, an alternative event for the flag handover was held during a specially organized ceremony in the courtyard of the University of Torino.

Commenting on the handover, Leonz Eder, Acting FISU President, was quoted by fisu.net as stating, “after a successful Heads of Delegations Meeting in Lucerne at the beginning of September, followed by a wonderful starting ceremony for the water relay here in Torino that same month, everybody was prepared and looking forward to the Winter Universiade in Central Switzerland.” 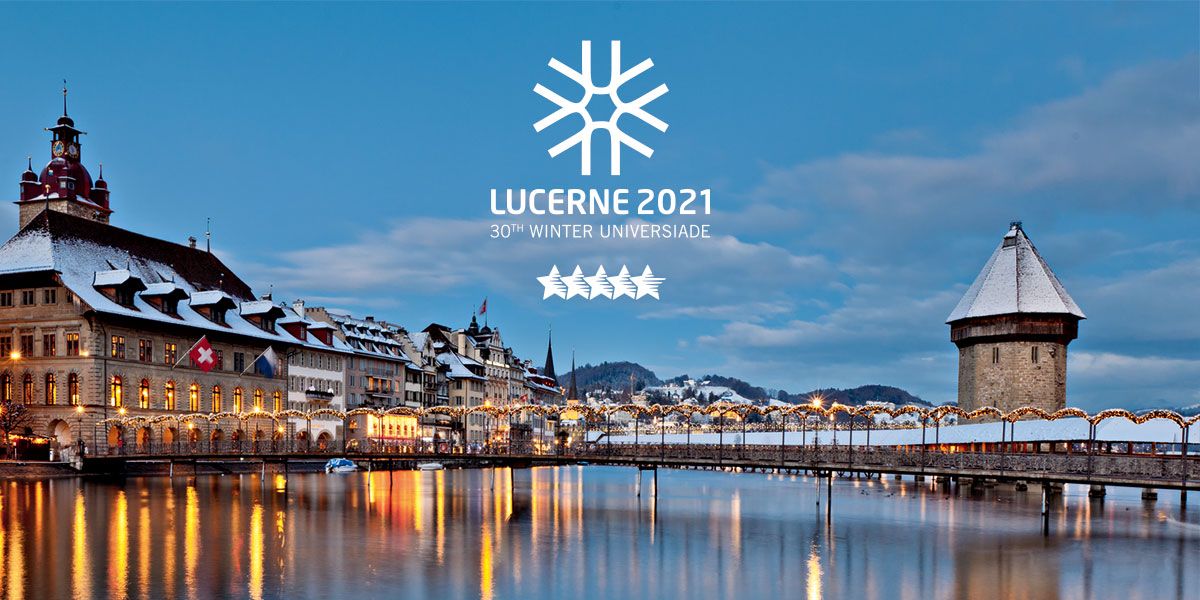 He continued, “with high expectations and joy in mind, we then sent Wuli on his journey from Torino and throughout Switzerland, reaching around 15 universities, promoting FISU, our Games and the dual career.”

“Unfortunately, as we all know, this great story didn’t find a happy end. I would like to thank all the persons and institutions for their strong involvement and unique contribution to this project.”

“The journey goes on, not only with many legacy projects in Switzerland but also with the FISU Games. Therefore I wish the Lake Placid OC all the best in the final preparations for the 2023 FISU World University Games Winter. May good luck be your and our loyal partner.”

Following the ceremony in Torino, the FISU flag was whisked away by Lake Placid 2023 organizers for its rendezvous with local officials at Mid’s Park in Lake Placid. The flag was delivered to the park by members of the Lake Placid Police Department and Volunteer Fire Department, as well as North Elba Town Supervisor Derek Doty.

The flag was then raised “signifying the Upstate New York community and surrounding North Country region as host of the Lake Placid 2023 FISU World University Games” according to the local organizing committee. 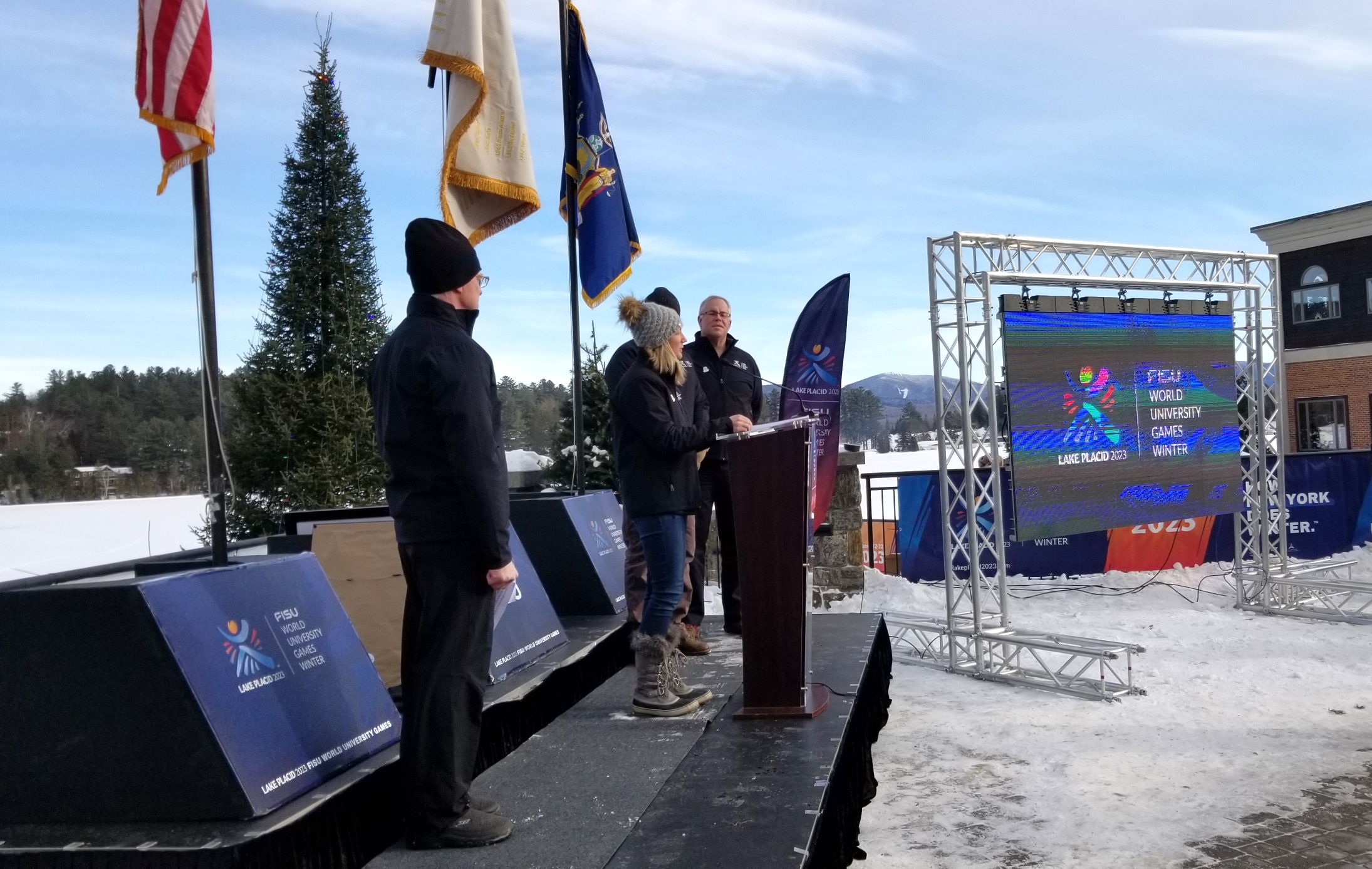 Ashley Walden, Adirondack Sports Council Executive Director, commented, “this is the second time that this flag will wave in Lake Placid and represent this community’s commitment to its sporting legacy.”

“As a former athlete I have a passion for winter sports. I first came to Lake Placid in 1995 to try my hand at luge. I trained here for 10 years before officially making this town my home. While it was the training facilities and opportunities that brought me here, it was the community that made me proud to call Lake Placid home.”

New York Lieutenant Governor Brian Benjamin also commented, stating, “today the countdown officially begins: in one year, people from all over the world will come to celebrate the FISU World University Games, visiting a crown jewel of New York and surrounding themselves with the beauty of the Adirondacks.”

“Congratulations to all who made today possible, and for bringing an event that will serve as an economic engine for the North Country and its small businesses that have taken the brunt of the pandemic over the past two years.”

Village of Lake Placid Mayor Art Devlin added his voice to the chorus, stating, “last summer alone our small community had 12 major construction companies working to make sure everything is in order.”

“That includes our sports venues, our infrastructure and the housing projects that are going on in Lake Placid, that will be used for the FISU World University Games and then provide long-term community housing afterwards.

He concluded, “all of these improvements and the name recognition worldwide will be the legacy that the FISU World University Games leave in Lake Placid.”