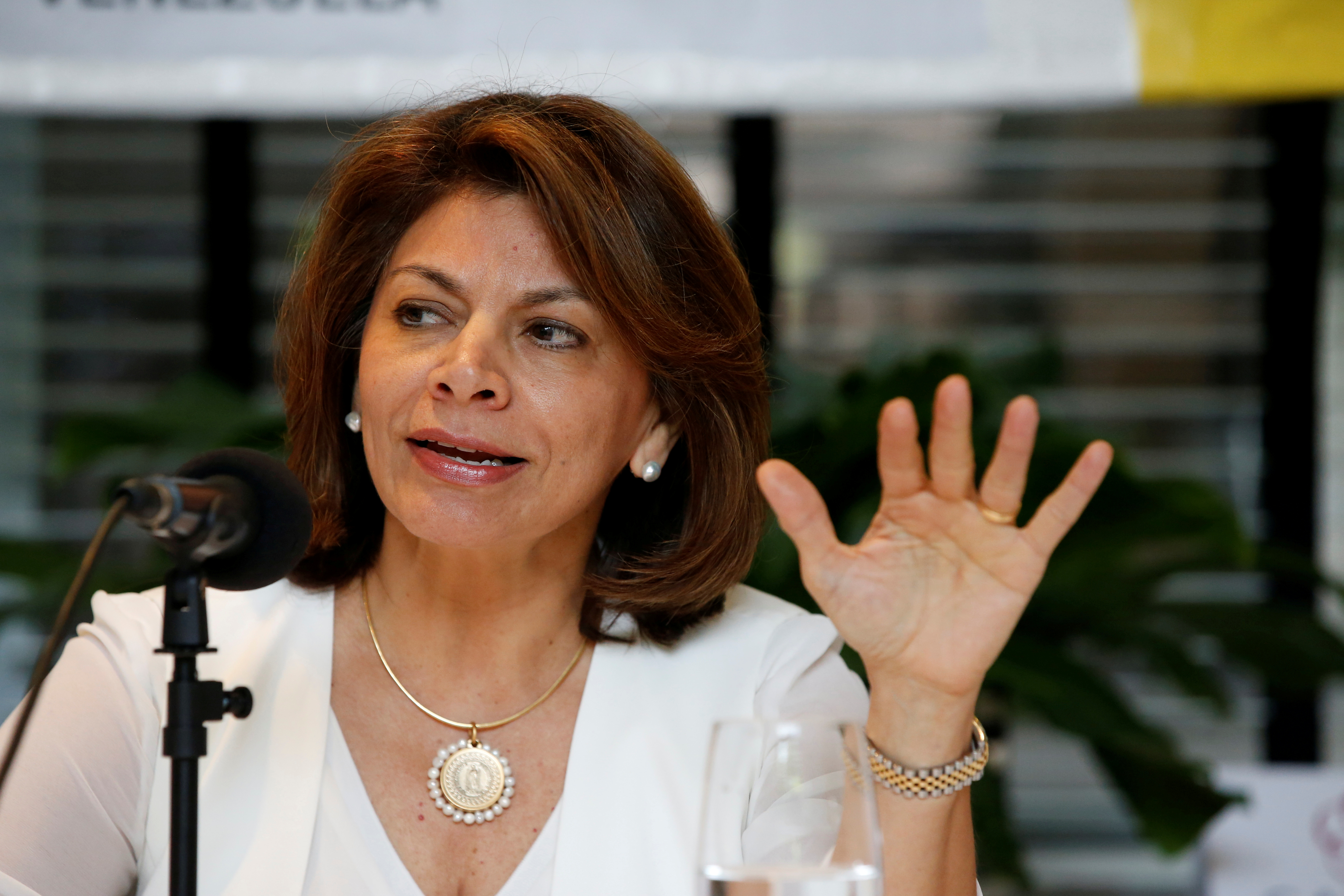 The Beijing 2022 Winter Olympic Games will be a success, and the recipe is simple: betting on “technology and very clear rules”, as was done in Tokyo 2020.

The prediction comes from Laura Chinchilla, former president of Costa Rica and, for less than three years, member of the International Olympic Committee (IOC).

“We’re going to Beijing with basically the same starting rules (as in Tokyo): distancing, a bubble that we won’t be able to get out of, vaccination,” Chinchilla explained during an interview with Salvadoran journalist Fernando Palomo in his podcast in Spanish “Nos ponemos las pilas”.

“In Tokyo, hundreds of thousands of tests were administered and there was permanent tracking of all the people through applications designed for this purpose. Very clear technology and rules, the same recipe for Beijing to also be an Olympic success,” he added.

Chinchilla, 62, explained with extreme sincerity how it was her arrival at the IOC, a body she had not set out to belong to.

“My husband was going through an illness, and I started receiving calls from Luis Aberto Moreno telling me that the IOC director general and President (Thomas) Bach wanted to talk to me.”

“I delayed the answers, but when I had the conversation I understood that what they needed from me was a punctual collaboration, something I often do with many international organizations. I said yes. When I realized it I was receiving an official communication that I was a member of the IOC...”.

Chinchilla’s admission as a member of the IOC coincided with a very hard moment personally: “It came about 15 days after my husband had passed away. For me it was a kind of balm and managed to get me out of that situation a little bit”.

“Certainly the recommendation of Luis Alberto (Moreno) had been important, but the comments of sports authorities in my country were also important (...) During my government we invested a lot in sports (...) main instrument to prevent violence, which is a very present evil in our region”. 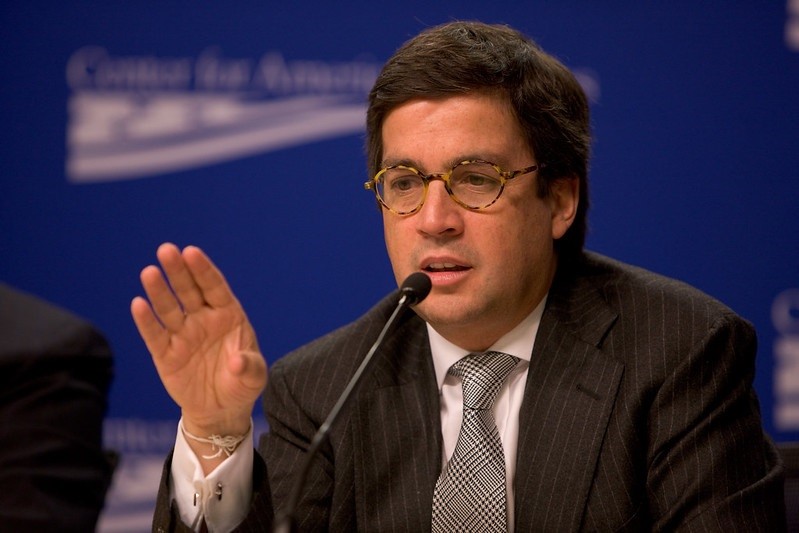 The former president keeps in shape with a pilates session every morning and 40-minute walks five days a week.

“Sport is a truly exceptional tool for building bridges between different cultures. There is this beautiful millenary tradition of decreeing even truces, with the understanding that the Games are a space for the reunion of humanity. Diversity enriches sport”.

“Often from the outside it is difficult to understand how barriers are erased, even within the IOC members themselves. You have there from members of Royal Houses to exceptional career athletes or people who have had a public trajectory, as is my case”.

The Central American assured that, contrary to what might be thought, politics does not play a preponderant role in the IOC.

“I belong to many other organizations, and in them I have more difficulties in my progress towards the objectives, because politics is very present. In the Olympic Committee politics plays an extremely distant role, the important thing is to walk on the strategic elements that exist, the 2020+5 agenda that guides our work (...) on that basis it is much easier to agree.”

On that basis, Chinchilla stands as a strong advocate that politics should not condition the Olympic world. Diplomatic boycotts, such as the one launched by the United States, the United Kingdom, Canada and other countries against Beijing 2022, are not a good idea in her view.

“Tokyo was one of the biggest tests the IOC has faced, similar to what is going to happen in China, although there we arrived with the accumulated experience of Tokyo and showing a major success.”

“There were three fundamental elements. First, leadership, President Bach has exercised an extremely effective leadership, with a large dose of common sense and diplomatic sense. He is a man who achieves objectives without necessarily imposing criteria. That permanent dialogue with all parties was key.”

“The second thing: Japan was vital. I doubt that we could have achieved this if those Olympics had been organized in a Latin American country. The Asian culture, more accustomed to the management of pandemics, with very disciplined civilian populations, helped a lot in that collaboration that we wanted”.

“And third, despite the fact that many media outlets were not betting on our success, they gave us the opportunity. The Games went ahead and proved to be such a resounding success.”

Chinchilla believes that the absence of the public in Tokyo 2020 was not a negative thing, but congruent with the moment humanity was living in the midst of the coronavirus pandemic.

“It was a moment of humanity in which sport left behind the most festive elements, because humanity was not for festivities, and picked up the elements of solidarity and hope that are what Tokyo wanted to send: there is light at the end of the tunnel, organized humanity can defeat the covid. The Japanese people understood the sacrifice they had to make to make the Games a success”.

If the IOC did everything possible to make Tokyo 2020 a reality, it could hardly deny Beijing 2022 the opportunity, Chinchilla reasoned.

“This decision to go for another Games also in Beijing was taken in 2015 after corroborating that the Summer Games in Beijing had been a success. The IOC cannot change decisions already duly taken because geopolitical tensions change between regions and countries. All regions of the world have their controversies, I do not want to minimize these tensions. Here we are talking about sport, which cannot be instrumentalized for political issues.”

“Almost any politician in the world knows that sport is such a powerful instrument, so popular.... But it does not generate too much political revenue, I remind you of the case of Brazil, where the head of state was booed. In the end, the success of the Olympic Games is not marked by what the local authorities do, but by the success of the athletes”.

“We are going to Tokyo focused on the great universal values through sporting activity, respecting that parallel lane that politics and diplomacy must play. It is one thing to instrumentalize sport for short-term political and geopolitical interests, another for governments to promote public policies in favor of sport.”

The tension between the governments of Joe Biden and Xi Jinping should not divert Olympism from its path, Chinchilla emphasized. 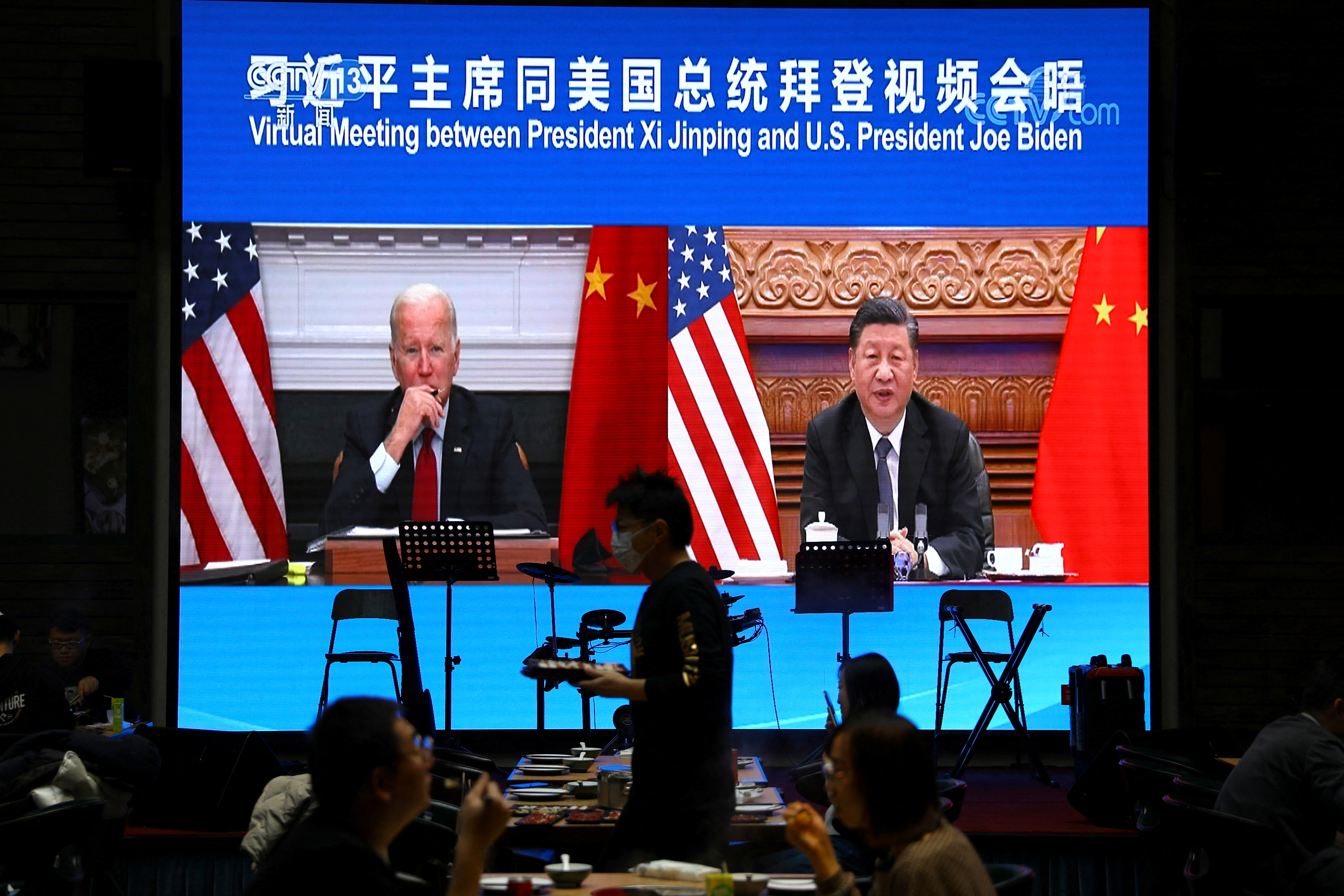 “It would not be fair that because at this moment there are deep geopolitical differences between perhaps the two most powerful countries in the world that humanity has to miss the images of the Beijing Winter Olympics.”

Chinchilla recounted how difficult it was for her to bring the 2014 U17 women’s World Cup to her country.

“I took a big scolding (from) the big broadcasting companies of sporting events, the big television stations in the country,” she revealed.

“I had to subsidize part of what the TV stations were going to invest and the World Cup started, and it became a success, one of the best FIFA has ever organized. I asked the FIFA president how he explained the success. And he told me this: ‘Pay attention to how the women play (...) they never stop moving, you won’t find any woman who falls down on the pitch and stays there whining, and the stands like that’. That is the great strength of women in sports, we have no right to complain, to whine, because everything is much more difficult for us’”.

Chinchilla, involved in the issue, stressed the importance of more women joining the IOC.

“We are going to have four nominations, two women are going to go (...) We need to bring more European women to the IOC. But for Tokyo 49 percent of the athletes were women. It’s not just about the IOC decision-making bodies, but we are leveling the playing field at the level of the national Olympic committees, the organizations and the participants in the Olympic Games.”