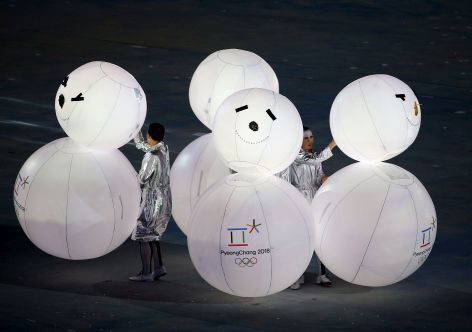 President of the PyeongChang Organizing Committee for the Olympic Games (POCOG) Yang-Ho Cho announced that Don Mischer, David Atkins and Konstantin Ernst will head the International Consulting Committee (ICC) along with Sidney Kimme, the chief creative officer for Showscan Entertainment. The committee is tasked with collaborating to stage the upcoming Winter Olympic ceremonies.

David Atkins has also directed two previous ceremonies, leading the ceremonies in Sydney in 2000 and Vancouver in 2010.

Konstantin Ernst has one set ofOlympic ceremonies under his belt after successfully orchestrating the last Winter Olympics at Sochi 2014.

"We are putting forward our best efforts to prepare for the successful opening and closing ceremonies in cooperation with the [ICC] as well as the domestic advisory board, which will be established soon," POCOG president Yang-Ho Cho commented.

These three veteran directors of Olympic ceremonies along with Kimme – a leader in location-based media entertainment – have already begun interviewing candidates for the performance and will also participate in selecting the final director for the PyeongChang ceremonies.