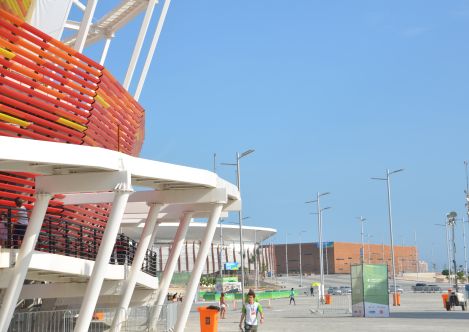 (ATR) The State of Rio de Janeiro may need an emergency loan to provide everyday services during the Olympic Games.

Brazil’s Federal Government is discussing providing emergency loans to three states: Minas Gerais, Rio Grande do Sul, and Rio de Janeiro due to the country’s current recession, according to a report from Reuters. The state of Rio de Janeiro has been hit particularly hard by falling global oil prices, and the loan would be a stopgap to ensure that public services continue to run during the Olympic Games.

The report said that the loan would not be used for any infrastructure projects, which the city of Rio de Janeiro is covering without issue.

"These states need cash injection; there is no other way," a source close to the government said to Reuters. "These loans will be backed by states' assets such as banks, utilities, gas, and sanitation companies."

Requests to a state government spokesperson by Around the Rings for confirmationabout the loan were not returned.

Last month the State of Rio de Janeiro missed a loan payment to the Inter-American Development Bank, which has now put the status of a key loan to complete the line 4 metro expansion in possible jeopardy.

The state government is not the only sector feeling the budget crunch ahead of the Olympics, as the head of the state’s Civil Police investigative arm told Globo today that the body is on the verge of collapsing due to budget cuts.

"We are at the limit of our operational capacity," Fernando Velso said to Globo. "We had to reschedule everything, even our work during the Olympic Games. We are adapting to the available resources in an extreme situation."

The Civil Police are one part of the 85,000 strong security force that will be used during the 2016 Olympics. Requests for comment about how Olympic plans have been affected by the budget cuts by ATR were not returned.

To fund the security operation for the 2016 Games the Brazilian Federal Government is already paying $93 million.

On top of the 85,000 forces, the Ministry of Defense may be contacted to provide additional manpower to patrol highways and other important areas of the city during the Games.