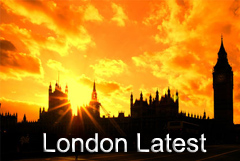 Interpol says it has received no specific intelligence that the Games will be targeted by terrorists or organized criminals.

Ron Noble, secretary general of the international police agency, offered the assurances at a meeting with security chiefs in London, as the Met Police and Royal Marines prepared for the final day of a week-long Olympic safety and security exercise on the River Thames. Nearly 150 police officers and military personnel are part of the security test.

Noble offered a further boost by praising Britain's screening of ID documents against the Interpol database as part of its security protocols. But he claimed there were insufficient numbers of immigration officers operating in the U.K.

The British government and London's Metropolitan Police claim to be well prepared for the Games.

Around 13,500 military personnel will beef up security during the Games. An estimated 23,700 security guards will be recruited to protect the venues and, on the busiest days, up to 9,000 police officers will be used for Games related operations.

More than 6,250 samples will be analyzed throughout the Olympics and Paralympics, LOCOG reveals as it unveiled the WADA-accredited anti-doping laboratory for the Games.

The laboratory, which measures the size of seven tennis courts, will be in operation 24 hours a day, seven days a week.More than 1,000 LOCOG staff will be deployed to work on anti-doping and a team of more than 150 anti-doping scientists will carry out the lab tests.

The shortest turnaround time on testing will be 24 hours.

"We are doing all we can to ensure that there is no place to hide for drug cheats at London 2012," Robertson said.

LOCOG chief executive Paul Deighton added that the unveiling of anti-doping controls was an important milestone in the countdown to the Games.

"Working with one of the world’s best pharmaceutical companies and one of the country’s leading universities we have been able to create a facility to successfully and efficiently process 6,250 tests during the Games which has never been done before," he said.

Three organizations are bidding to become the long-term tenants of the London 2012 press and broadcast centers.

The Olympic Park Legacy Company said Thursday that the shortlist of UK Fashion Hub, Oxylane Group and iCITY shared its vision to create a thriving commercial district on the Queen Elizabeth Olympic Park that would generate several thousand job and training opportunities.

The companies, who are vying to take up long leases for the whole of both buildings which in total offer around 1 million sq ft of commercial space, are now in detailed negotiations with the OPLC.

The bid from Oxylane Group offers a sports orientated mixed-use offer in partnership with Loughborough University. The IBC would become ‘Oxylane Village’ offering leisure, events space, research and education and retail. The IPC would be used as office space and a technology center.

'Innovation City' is the concept floated by iCITY. The IBC would accommodate a cloud computing center, research labs, post production, graphic designers and digital education. The IPC would become an innovation and research center with links to higher education that would showcase British technology.

The legacy company aims to announce the successful bidder this summer, with the media centers available for fit out and opening from spring 2013.

OPLC chief executive Andrew Altman said: "We have three dynamic bids focused on the creation of thousands of jobs and training opportunities, along with links to Tech City. We will now go through their proposals in fine detail to make sure that they can deliver a successful ongoing legacy that will stimulate future commercial interest."

London mayor Boris Johnson's plans to create a mayoral development area around the Olympic Park have been backed by the London Assembly.

The proposal will see the Olympic Park Legacy Company transition into the Mayoral Development Corporation (MDC) with responsibility for the post-Games development of the site.

The MDC's formation is subject to the approval of the British Parliament. The corporation will have responsibilities that include planning decisions within its boundaries.

London Assembly Deputy Chair Dee Doocey said: "The Assembly has always believed that the most important benefit of hosting the 2012 Games is the opportunity to revitalize the East End of London.

"The creation of a Mayoral Development Corporation sets a clear structure to deliver that regeneration and places responsibility for it firmly in the hands of the mayor."

She added: "The Assembly is determined to see that the MDC operates in an open and transparent fashion that enables local people within its boundaries to have a substantial input into the future of their neighborhoods."