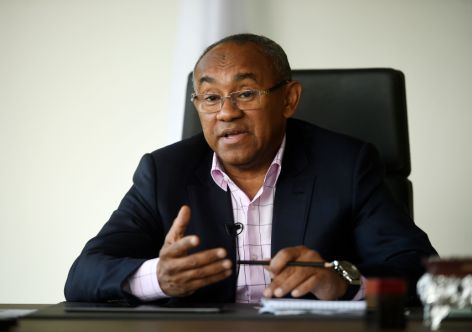 (ATR) FIFA Vice-president and African Football Confederation (CAF) president Ahmad Ahmad is detained and questioned by French authorities on Thursday, a day before the Women’s World Cup kicks off.

In a statement FIFA confirmed that Ahmed, who is from Madagascar, had been questioned "in relation to allegations related to his mandate while president of CAF’.

FIFA added it was "unaware of the details surrounding this investigation and is therefore not in a position to make any comment on it specifically".

On Wednesday, just prior to being re-elected by acclamation by the FIFA Congress, FIFA President Gianni Infantino had declared the federation was clean, telling the assembly "nobody talks about scandals. Nobody talks about corruption" anymore.

FIFA tried to distance itself from Ahmad in its statement on Thursday.

"FIFA is now clean from the scandals that tarnished its reputation and this same determination should prevail in governing bodies such as confederations. FIFA will be at the forefront of ensuring that this is enforced by everyone involved in football," the statement read.

World soccer’s governing body added that it is asking the French authorities for any information that might be relevant to investigations by its own ethics committee. FIFA launched an investigation into Ahmad last month after he was accused by former CAF secretary general Amr Fahmy of bribery and misappropriation of funds.