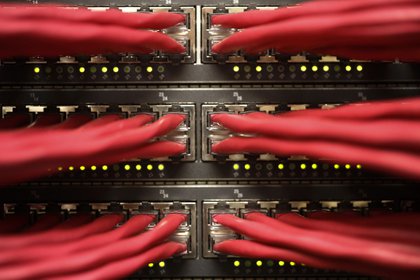 (Bloomberg) -- Bitcoin’s torrid rally has lost some steam this week, with the cryptocurrency falling for a second straight day Thursday to slip below its 10-day moving average.

The largest digital asset is down as much as 8.4% over a two-day slide and was trading at $34,546 as of 11:50 a.m. in Hong Kong, according to price data consolidated by Bloomberg. The second-largest, Ether, was up slightly, holding at about $1,330 as the wider Bloomberg Galaxy Crypto Index dropped 0.5%.

Bitcoin’s latest gyrations have seen it touch a record of almost $42,000 earlier this month before quickly dropping about 17%. Debate continues to rage over Bitcoin’s perceived value, with believers pointing to a maturing industry and institutional interest in the cryptocurrency as an inflation hedge while others see the return of another speculative bubble echoing its 2017 collapse.

Bitcoin is struggling to maintain its momentum from the end of 2020, falling below its 10-day moving average for a third time this month after a sustained run above the level since early December.

The digital asset is also on track for a second straight weekly decline, the first time that’s happened since the start of October. That drop did, however, precede a seven-week run that helped propel Bitcoin into its current bull rally.

Jubilant Chelsea take all 3 points against Liverpool, in a 1-0 win