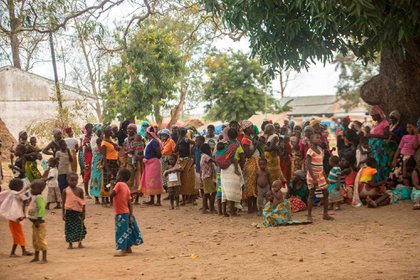 (Bloomberg) -- Mozambican President Filipe Nyusi has put the military in charge of combating a growing Islamic State-linked insurgency in the natural gas-rich Cabo Delgado province after limited success by the police force.

Nyusi on Jan. 14 promoted army general Eugenio Mussa to chief of staff of the military, according to a statement from the Presidency, and was earlier named as the new commander of the nation’s northern operational command post in Mueda.

Mussa, a confidant of Nyusi since 2012 when he was defense minister, replaces Lázaro Menete chief of staff. He had been in charge since October 2017, the month of the first attack.

Mozambique has struggled to contain the insurgency that has left more than 2,500 people dead and caused 570,000 to flee. The violence this year prompted Total SE to evacuate workers from its $20 billion liquefied natural gas project as attacks encroached on what is Africa’s biggest private investment.

“A move to turn operational control of the conflict over to a trusted lieutenant suggests that Nyusi will play a more active role going forward in developing counter-insurgency strategy,” ACLED said.

“The military will have a credible command voice,” Adriano Nuvunga, a political science professor at Maputo-based Eduardo Mondlane University, said of Mussa’s appointment. “This is the start of the correct management of the war in Cabo Delgado.”