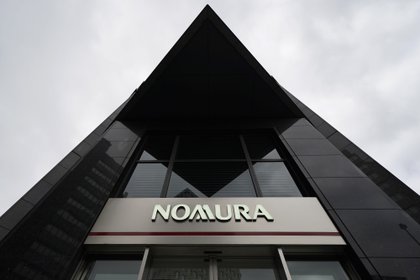 A sign for The Nomura Holdings Inc. is displayed outside a Nomura Securities Co. branch in Tokyo, Japan, on Tuesday, April 23, 2019. Nomura is scheduled to release its full-year earnings on April 25. Photographer: Toru Hanai/Bloomberg

(Bloomberg) -- Nomura Holdings Inc. is teaming up with Japanese asset manager Sparx Group Co. to form a company that will invest in unlisted companies.

The move is part of Nomura’s efforts to do more business in private markets, where it sees potential for growth. It will also give individuals more opportunities to invest in unlisted firms, Nomura said in a statement on Thursday.

Nomura Chief Executive Officer Kentaro Okuda unveiled plans last May to work more with startups in a bid to bolster return on equity at Japan’s biggest brokerage to as much as 10% in five years. More than 99% of the nation’s companies are unlisted and their financing methods tend to be limited, Okuda said in a presentation last month.

Following an initial period of privately placed investments, the planned firm will be listed on the Tokyo Stock Exchange’s Venture Funds Market. Tentatively named Nomura Sparx Investment Inc., it will have 400 million yen ($3.8 million) in capital, with Nomura holding a 51% stake and Sparx the rest, the statement showed.