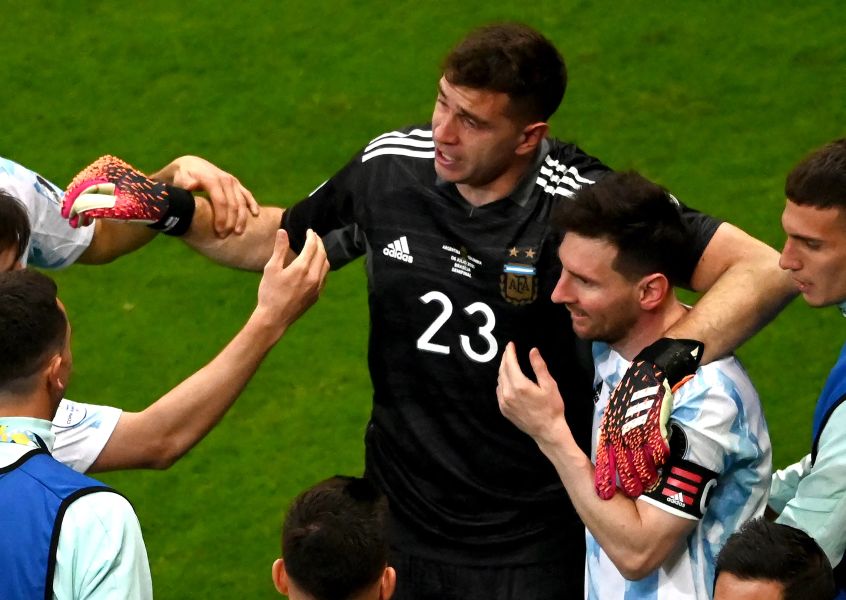 Tokyo 2020 the Games of Silence(ATR) This week, Argentines and Colombians were surprised by what the silence of a stadium can reveal. Emiliano Martinez, Argentina’s goalkeeper, took to talking to his Colombian opponents during the Copa America semifinal penalty shootout. He drove them crazy, the Colombians missed, Martinez saved three penalties and Argentina will play this Saturday’s final against Brazil at the legendary Maracana stadium.

The words of Martinez, some of them insulting, were heard by all the spectators in front of the TV. Advantages of a stadium, in this case in Brasilia, completely empty. What will we hear in Tokyo, what will we hear from Tokyo?

The covid-19 pandemic hit Latin America particularly hard. Thus, while the Euro 2020 showed people in the stands and Wimbledon will not leave a single seat free in Centre Court this weekend, the Copa America is a desert of spectators.

And now it will be Tokyo. Striking: the third largest economy on the planet, the most technological country in the world, Japan ends up closer to Latin America than to Europe and the United States in the battle against the pandemic. The hard fact is that only 15 percent of the 126 million Japanese have been fully vaccinated against covid-19.

This is a good part of the explanation why the Olympic Games, the great celebration of humanity, are held amidst a deafening silence. There may be virtual fans and images to mask the emptiness in the stadiums, but it will be a tense Games, as Gianni Merlo, president of the International Sports Press Association (AIPS), recently warned.

“This coronavirus has created some confusion in the hearth of the Japanese people and the organisers (...). We are coming there to bring a message of hope, not to destroy Japan. We are paying the mistakes of the government, because vaccination is still slow. But we are all fully vaccinated. The people of Japan should not look at us as the enemy bringing the coronavirus”.

With empty stands and empty Olympic parks, the gap between the real and televised Games will be wider than ever. What athletes, coaches, officials and journalists see and feel in Tokyo will be very different from the TV experience in HD, 4K or 8K. Yes, it is true that it always was, but the distance this time will be surreal. A greater responsibility than ever for Yiannis Exarchos and the team at Olympic Broadcasting Services (OBS) and the Olympic Channel. What they show, and how they show it, will be fundamental in writing the history of these Games.

Vice President of the Mexican Olympic Committee (COM), Jimena Saldaña traveled the world for years at the side of the late Mario Vázquez Raña. She knows the Games, not only the Olympics, but also the regional ones, and told Around the Rings that, despite the lack of spectators, Tokyo 2020 “will be a balm.”

“I am convinced of the world’s need for a balm like the Olympics. Humanity has a great need, to spend days enjoying the performances of great athletes, it will be a way to convey positive emotions, encouragement and strength in such a difficult time for humanity as the pandemic has been. And the health of our athletes is the main thing, let’s not forget that!”.

Another person, high up in an Olympic federation, told Around the Rings, on condition of anonymity, that the logical thing to do would be not to hold the Games.

“If it were for health issues, the Games should not be held, that’s clear. If they are held, it’s for the athletes.”

Tokyo 64 was the Games of the restoration of Japanese national pride after the humiliation of World War II and being the victim of the only nuclear attack in history.

Fifty-six years later, and finally 57, those of 2020/2021 were to be the celebration of a country that loves sport, a country that enchants for multiple reasons, a country that in August 2016 at the Maracana showed it was capable of transforming its prime minister into Super Mario Bros. What else would Tokyo be capable of doing in 2021, what fantastic surprises would it offer the world?

A question impossible to answer at this point. Tokyo 2020 is on its way to being remembered as the Games of the pandemic, the Games of control, the Games of silence. The great celebration of humanity to which we are accustomed will be virtual, like so many things in this last year and a half of profound changes and restrictions. It is almost logical, very consistent with today’s world. But it is astonishing nonetheless.

Horses will be ridden, balls volleyed, and hurdles leaped when the Olympic Games come to Los Angeles in 2028. However, discs will remain grounded after flying disc was left off a shortlist of sports invited to submit proposals for inclusion in the LA28 Summer Olympics.