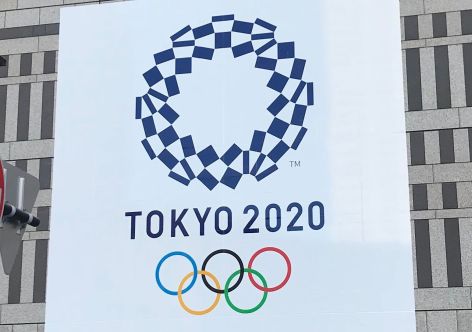 (ATR) The Tokyo Metropolitan Government says it has recruited about half of the volunteers needed for the 2020 Olympics, although it would not say what would happen should it not reach its recruitment targets.

A TMG spokesperson confirmed to Around the Rings that on November 6 the city passed the 10,000 mark of volunteer signups. From September 26 to December 5, both the TMG and Tokyo 2020 opened a public solicitation of volunteers for the Olympic Games.

The total of 30,000 volunteers will be utilized by the TMG to help facilitate tourists visiting Tokyo for the Olympics.

With less than three weeks until the recruitment drive ends, Takayoshi Shimode, director of city volunteers at the TMG, told ATR the city is "not anticipating or considering extending volunteer recruitment".

"We are grateful that many people have applied for City Volunteer positions," Shimode said. "We will continue our efforts to publicize this opportunity and solicit more applications."

The TMG did not say if there were plans in place should it not meet its target for volunteer recruitment.

When asked if the TMG would proceed with less than 30,000 volunteers, has plans to adapt its city volunteer program, or offer additional recruitment, Shimode said "we are not anticipating or considering" these options.

Given that it took six weeks to reach the halfway mark, an uptick would be required over the last four weeks to meet the stated goal. The TMG says it is still tabulating the cost for the recruitment effort.

Volunteering for the Tokyo 2020 Olympics was rocked with skepticism before the recruitment drive began. Many on social media lambasted what they called the use of "black volunteering," a common criticism of practices used by large companies in Japan. Reports stated that Tokyo 2020 sponsors were setting aside quotas of employees to bolster volunteer ranks, a charge both companies and Tokyo 2020 organizers denied.

Earlier this year a satirical post criticizing the volunteer process by a student at Waseda University went viral. The post criticized the Olympics as a billion dollar endeavor that promotes unpaid labor to function.

Tokyo Governor Yuriko Koike said that despite the concerns, events in Tokyo continue to draw large number of volunteers, such as the recent Tokyo marathon. Rugby World Cup organizers said that it received a "record" number of applicants for the two-month-long event.

Shimode said that the TMG is holding a series of recruiting fairs to solicit volunteers, visiting a "number of events in Tokyo which draws large crowds," and asking companies to publicize the effort.

Guidelines published by the TMG this June say the recruitment efforts are looking for "enthusiastic candidates who will unite with the many people involved to make the Tokyo 2020 Games a great success, candidates who want to play a role in delivering a Games hosted in their own country (Japan)—a once-in-a-lifetime opportunity, and candidates interested in working together to build excitement for the Games".