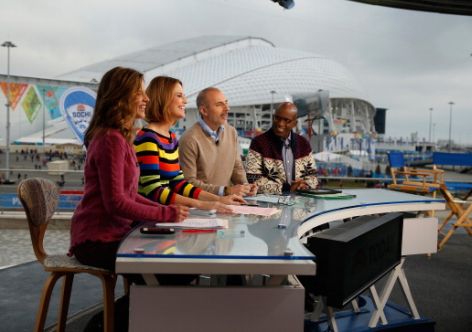 NBCUniversal will deliver the Games through 2032 as part of an agreement worth $7.65 billion overall. The company had already committed through the 2020 Summer Games in Tokyo.

The figure shatters the previous record for an Olympic broadcast deal, which was set the last time the two sides negotiated. In 2011, the IOC and NBC agreed to a $4.38 billion contract for the 2014 to 2020 Games.

The timing of the deal was a surprise as the two sides came to terms without word of negotiations reaching the media.

"It’s an expression of the excellent partnership that we can rely on each other," said Bach on a conference call from Lausanne.

The subject of an extension was first broached when Bach was in New York for the United Nations General Assembly in November. The IOC president, accompanied by director general Christophe De Kepper and marketing head Timo Lumme, raised the possibility of lengthening their existing deal while at dinner with NBC executives.

NBC indicated interest, and talks gained steam during the Sochi Games. The final agreement was reached on Wednesday.

NBC has carried the Summer Games since 1988 and added the Winter Games in 2002. Bach says the broadcaster has done so "in a way the Olympic spirit requires."

"This kind of deal is not only about money," said Bach when asked why the right were not put up for bid. "You can make one or the other dollar more, and afterwards you wind up with your product destroyed.

"We are thinking long term in the IOC."

The new deal could be a boost to U.S. chances of hosting Olympic Games in the next decade or so. NBC says it makes no difference where the games are held.

USOC chair and IOC member Larry Probst today reiterated the position that the U.S. will decide later this year whether to launch a bid for the 2024 Summer Games.

The deal is all-encompassing, granting rights to broadcast via network and cable television as well as internet and mobile. It also includes the rights to the Youth Olympic Games through 2032.

The first Games under the new deal will be the 2022 Winter Olympics, an event for which the host city will not be determined until next year.

In 2032, the final year of the new deal, NBCU will have covered 23 separate Olympic Games dating back to the first Tokyo Games in 1964.