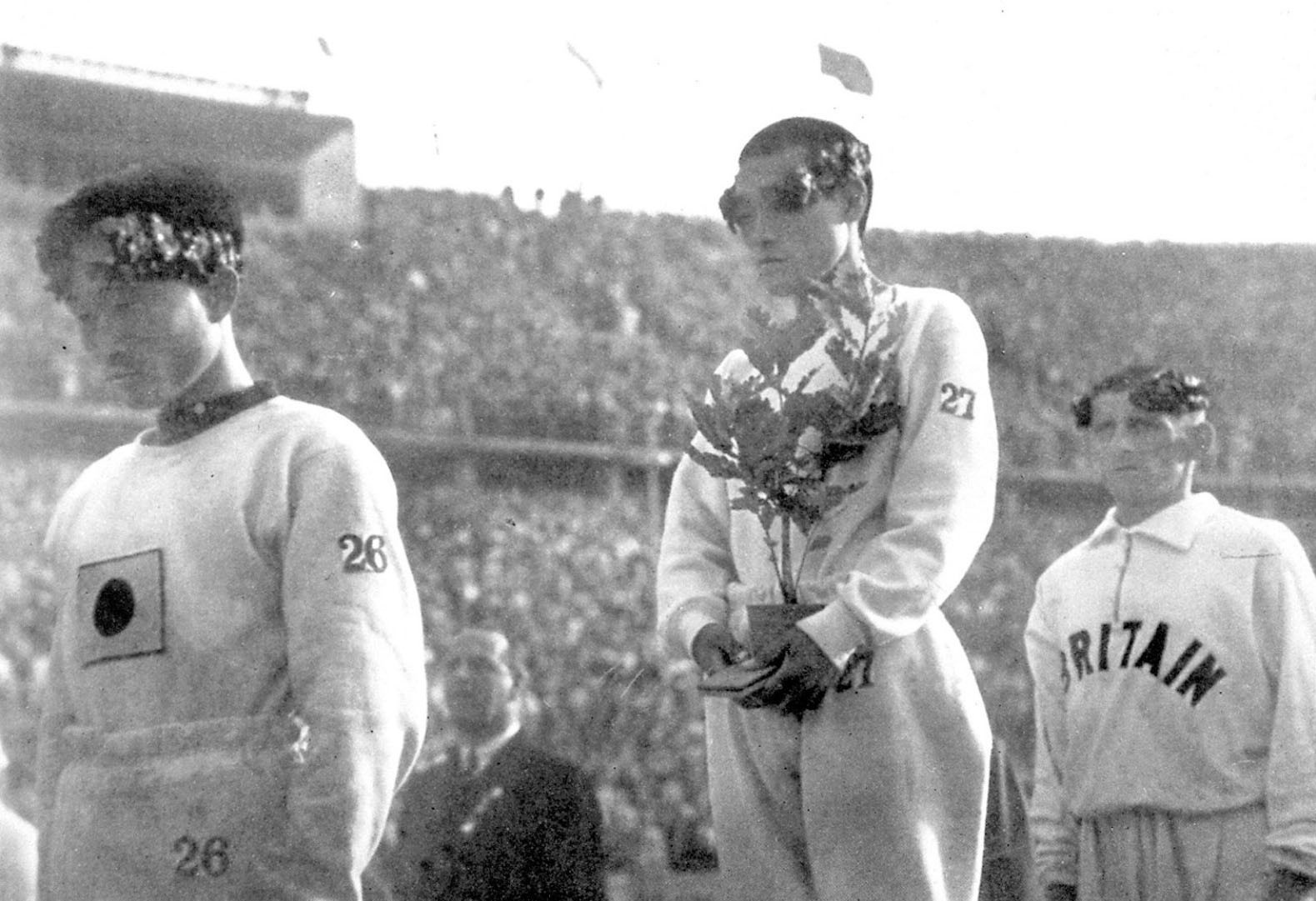 The gold medallist for a marathon at the 1936 Berlin Olympic Games, Sohn Kee-chung stands on the podium with his head lowered instead of looking at Japan's rising-sun flag in this photo taken in Berlin, 1936. Picture taken in 1936. Mandatory credit Kyodo/via REUTERS ATTENTION EDITORS - THIS IMAGE WAS PROVIDED BY A THIRD PARTY. MANDATORY CREDIT. JAPAN OUT. NO COMMERCIAL OR EDITORIAL SALES IN JAPAN.

The fate of one of the few remaining 1936 Olympic Oak trees will be determined Thursday with history literally on the chopping block.

Champions at the Berlin 1936 Games received an oak sapling in addition to a gold medal. They were encouraged to plant the trees when they returned home.

Cornelius Johnson, who won the men’s high jump, planted his Olympic Oak in the backyard of his home in Los Angeles. Of the 129 saplings presented to gold medalists by the German Olympic Committee, only 25 are known to still be alive worldwide.

The house at 1156 S. Hobart Boulevard was sold in 2019 to a developer, whose plans for a multi-family residential complex would raze the home and destroy the tree. The Los Angeles Cultural Heritage Commission will consider declaring the home a Historic-Cultural Monument during a videoconference meeting on Thursday morning, and then the Los Angeles City Council will make the final decision.

Rich Perelman, editor of The Sports Examiner, has followed the story since learning the tree was in peril. 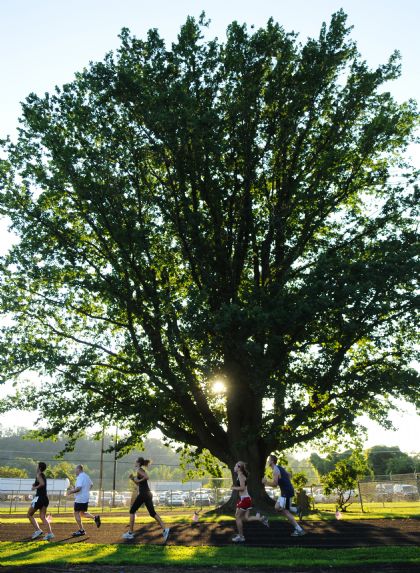 John Woodruff's Olympic Oak in Connellsville, PA. Woodruff was the first African American to win gold in the 1936 Olympics (800 Meters). He brought his oak home to Connellsville and planted it in the northwest corner of the High School Stadium (Campbell Field) in Connellsville where it was still standing as of 2022.

“The significance of the Johnson Olympic Oak is that there are so few remaining today,” he told Around the Rings, “and that it was a symbol of friendship from the German Olympic Committee and the 1936 Games organizing committee and not the German (Nazi) government. This, in addition to the fact that the Johnson home is one of the earliest surviving homes built by African Americans in Los Angeles, makes the home and the oak important as part of Los Angeles history.”

The home was built by Johnson’s father in 1903. Johnson, who was born in 1913, was fourth in the high jump at the 1932 Olympic Games in his hometown and then won the gold medal in Berlin with a leap of 6 feet, 8 inches. There is a famous story that Adolf Hitler snubbed Jesse Owens at the 1936 Olympics, refusing to shake his hand. However, Johnson was actually the athlete whom the German dictator refused to meet.

On the first day of track and field competition, Hitler greeted the Finnish athlete who won the men’s 10,000 and the German winners of the men’s shot put and women’s javelin. He then left the stadium so he would not have to meet Johnson.

According to Olympedia, Hitler was “told by the IOC to congratulate all the winners or none of them, and chose none.”

The staff report recommending the historic designation states that Johnson “resided at the home until 1945, one year prior to his passing, and the Johnson family continued to live at the residence until it was sold in 1994.”

The current owner of the property is KLD Investment, LLC, and Perelman said the Olympic Oak in the backyard is “in distress.”

“Unfortunately, the current owner-developer knew nothing of the historical significance of the property and the oak and it will be crucial to see what happens next,” Perelman told ATR. “There are fund-raising programs underway to purchase the property, but no agreement has been announced as yet. And while the L.A. Cultural Heritage Commission can designate the property for protected status, the final decision is up to the City Council.”

The West Adams Heritage Association is one of the groups trying to save the tree. “We’re pretty hopeful that the city will agree about the importance and uniqueness of the Olympic Oak, although there is a chance the recent changes to California housing law may preclude further efforts to stop the development plans,” Rina Rubenstein, Communications Director for the West Adams Heritage Association, said in May. “The next challenge will be to find a way to purchase and sensitively reuse the property… The tree undoubtedly requires serious conservation efforts as well, and besides the purchase price, any project would probably require significant funding.”

Perelman noted in The Sports Examiner that 24 of the 1936 Olympic Oaks were won by American athletes, including four by Owens. However, three did not make it back to the United States. Jerry Papazian, a Board member of the Los Angeles Sports Council, told Perelman that six are known to be standing.

Two other 1936 Olympic Oaks were brought to Los Angeles and planted at the University of Southern California. Trojans star Ken Carpenter, who won the discus, received one and the tree is still in good health.

The other was given by Owens to Foy Draper as a tribute to him and Frank Wykoff, two of his teammates on the 4 x 100-meter relay. Papazian said that the tree died in 2004 from root rot and a mature replacement oak was planted in its place.

Both trees are memorialized with plaques. 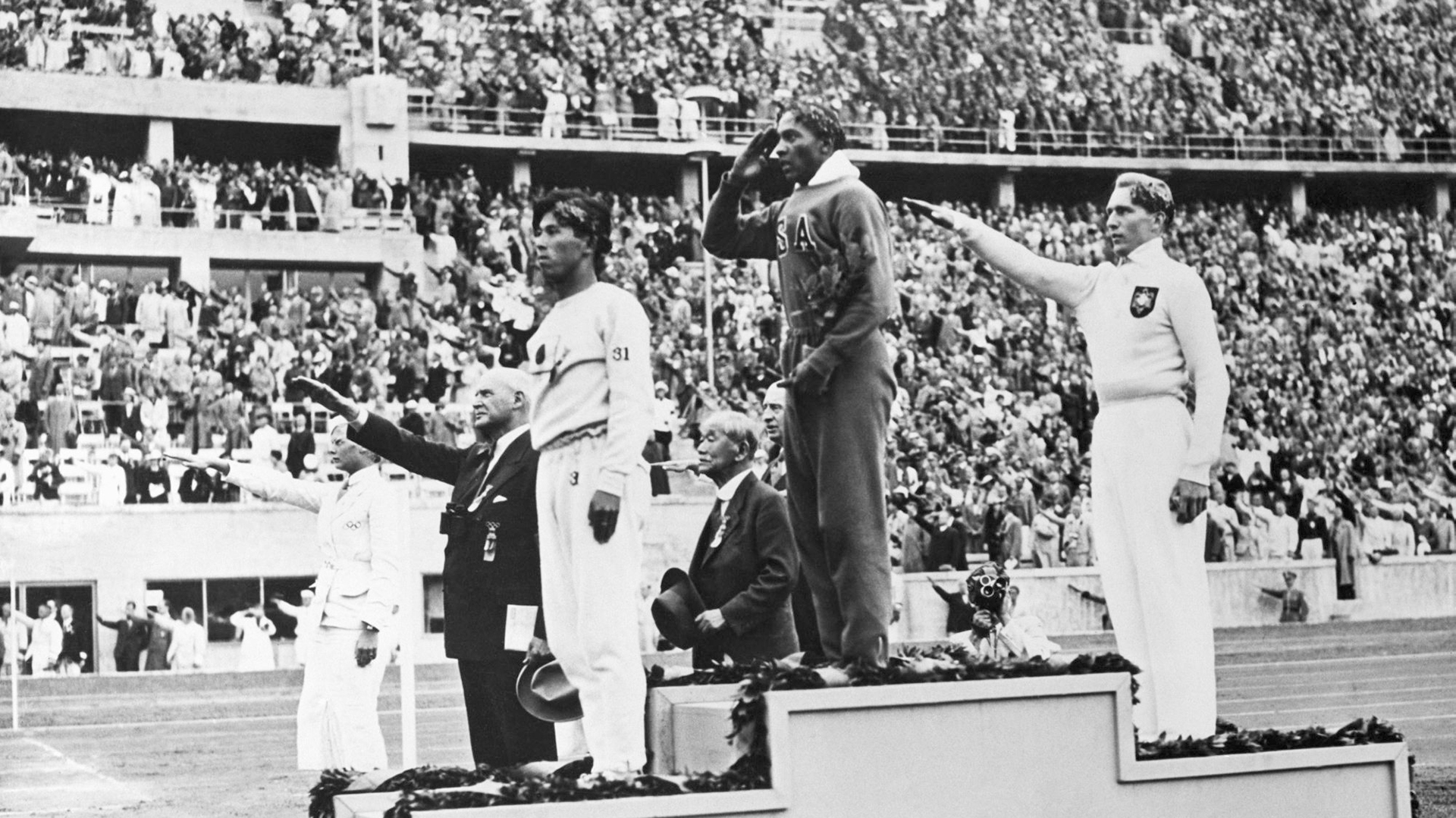 Owens planted a tree at his high school in Cleveland, Ohio and another at his college, Ohio State University. Those trees survive, but a third tree planted at his mother’s home is no longer alive.

Spec Towns, who won the 110-meter hurdles, planted his tree at the University of Georgia, and it still thrives. The tree given to John Woodruff, who won the 800 meters, remains standing at his high school in Connellsville, Pennsylvania.

Recent Olympic champions also receive mementos in addition to their medals, but these souvenirs are not living organisms. Medalists at the 2022 Beijing Winter Olympic Games were given a stuffed Bing Dwen Dwen panda wearing a golden wreath.