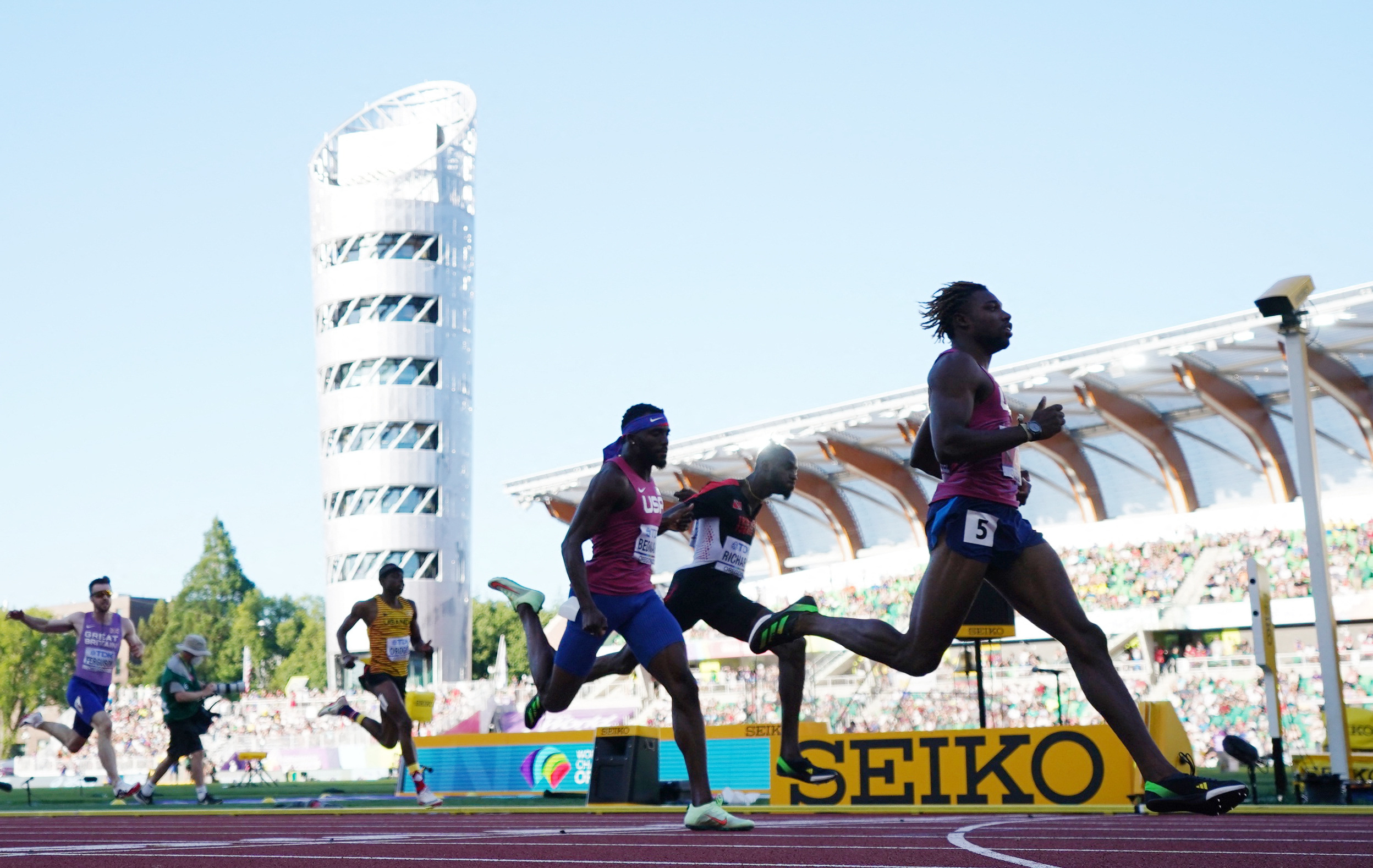 More than 50 years after John Carlos raised his fist on the Olympic podium in 1968, he is still an imposing figure in track and field. When Carlos talks, people listen.

This is his take on the men’s 200-meter final tonight at the World Athletics Championships Oregon22:

“I would tell the people don’t miss it, be there or be square, because this will be one of the most significant races in the modern day of track and field,” Carlos told Around the Rings. 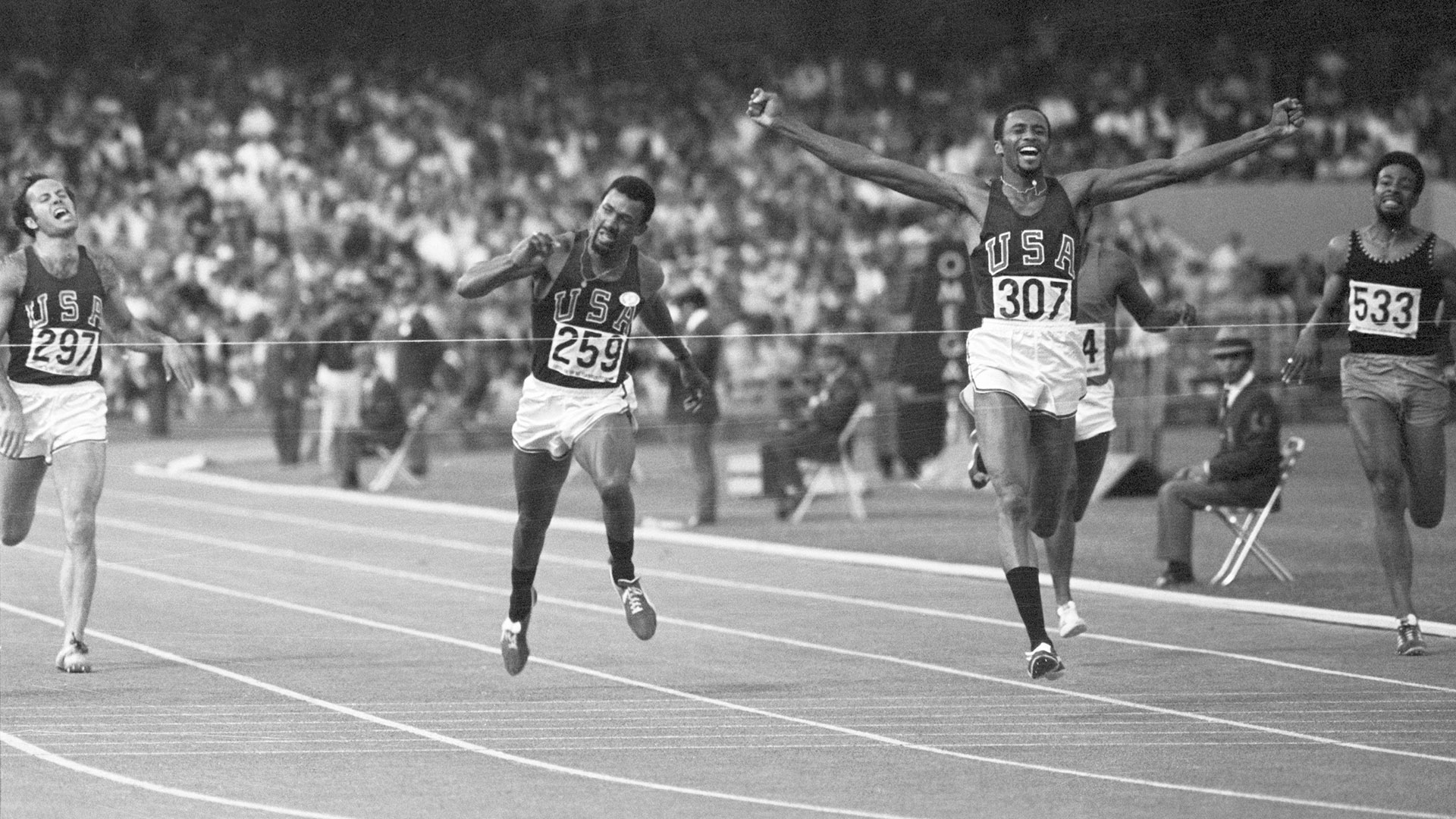 (Original Caption) 10/17/1968-Mexico City: Tommie Smith of Lemore, Calif., throws his arms up in victory as he hits the tape to win a gold medal in the men's 200-meter dash Oct. 16th with a time of 19.8 seconds--a new world record. Running despite an injured leg muscle, he steaked past teammate John Carlos of San Jose, Calif. (left), who placed third behind Peter Norman (behind Smith) of Australia.

Carlos, 77, won the bronze medal in Mexico City behind teammate Tommie Smith and Peter Norman of Australia, and was one of the most dominant 100- and 200-meter sprinters of the late 1960s.

Team USA is expected to sweep the podium in the 200, just as it did in the 100. Noah Lyles, who is defending his world title from 2019, is the leading qualifier from the semifinals with a time of 19.62 seconds, followed by 18-year-old Erriyon Knighton, who clocked 19.77 seconds and Olympic silver medalist Kenny Bednarek in 19.84.

While Carlos told ATR he doesn’t make predictions, he has been impressed by the USA contingent.

“Lyles has been performing all along in a very special way,” Carlos said. “And then we have this youngster that is sensational, too.”

Carlos said he believes there is “a little edginess” between Knighton and Lyles because Lyles waved a finger at the youngster as he beat him in the USA nationals. Lyles said the finger was aimed at his critics, not at Knighton, who ran a world-leading 19.49 — fourth fastest of all time — earlier this season.

“This young kid has the ambience right now that ‘I have to prove myself,’” Carlos said. “So I think it’s going to be an exceptional race.” 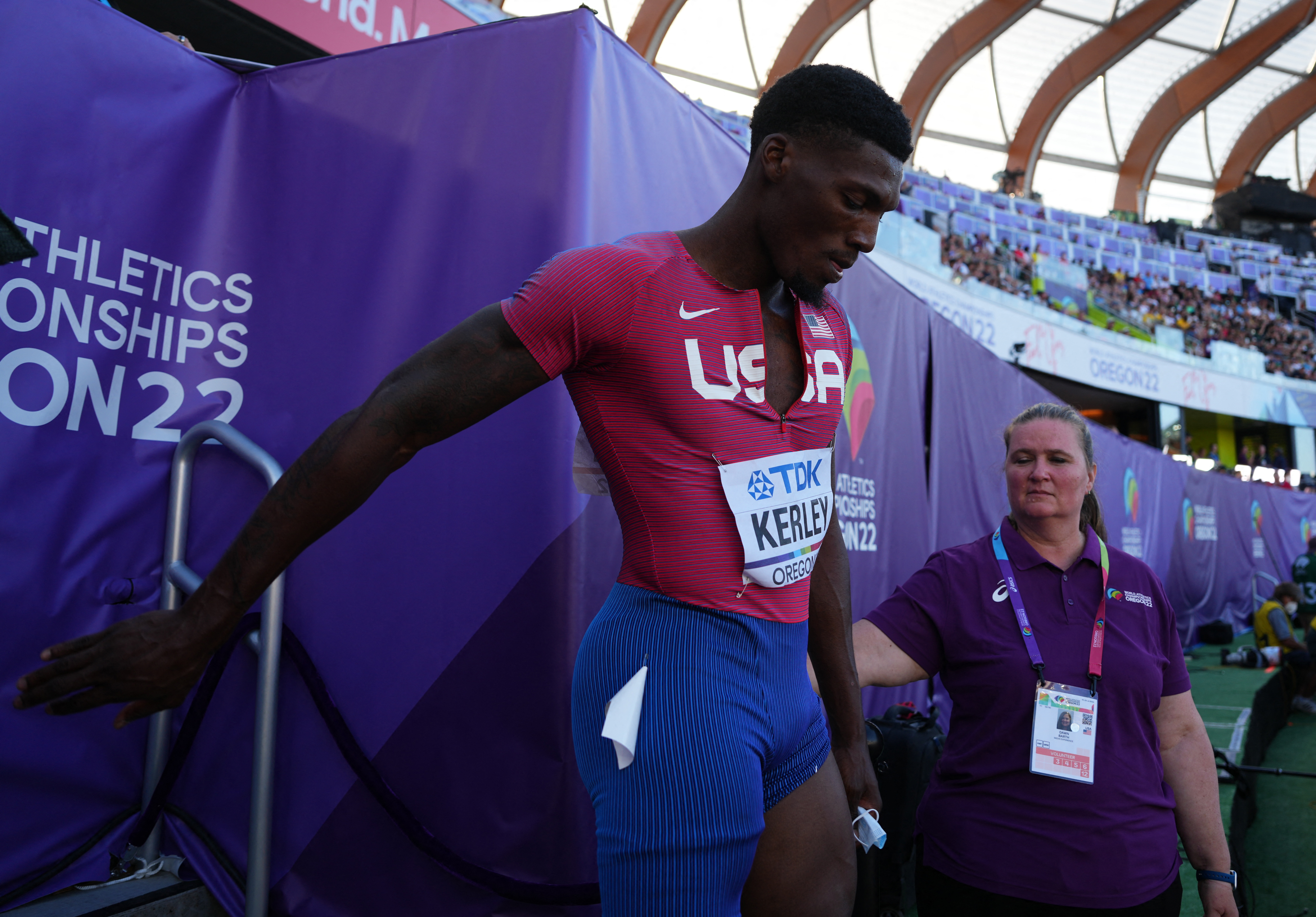 The fourth American, 100-meter champion Fred Kerley, is out due to injury. He struggled in the semifinals, finishing sixth in his race with a time of 20.68 seconds. Kerley initially said it was just a cramp and he was “all good,” but his agent revealed a day later that he sustained a slight injury to his quadriceps and would not be able to run the 4 x 100-meter relay.

However, Carlos lamented that athletes today don’t experience the fellowship he had back in his day.

“I wish we could take some of the spirit that we had in 1968 and just sprinkle it around to these people here,” he said. “We had a bond that has lasted for 50-some-odd years in terms of us having respect, admiration and love for one another. If these kids could pick that up, I think that their performances would even be better.”

Carlos said “grudge races” get in the way. “Their attitude is, ‘If I have a grudge race against you, I have no bond with you or no friendship with you,’” he said. “We would party together and then when it came down for the competition, we’d look at one another and say, ‘May the best man win.’ And then we went back to our fellowship. That’s the difference in our group and the group of today.

“Everybody’s in their own lane — “I can’t step out of my lane and talk to you’ — which is ridiculous.”

Carlos said that mindset has hurt American prospects in the 4 x 100 relay, which has been extremely hit and miss.

“That why I think for years we’ve always had a bad situation in terms of us being able to pass that baton along,” he said. “They’re like, ‘I’m in my lane, man, I don’t work out with this guy.’ But it’s just standard procedure.”

Even without Kerley, the U.S. team has an opportunity to smash the world record. Marvin Bracy-Williams won the 100-meter silver medal, followed by Trayvon Bromell, while Christian Coleman, the 2019 world champ was sixth. Lyles, Knighton and Bednarek are also available for the relay, plus 110 hurdles champion Grant Holloway has pleaded on social media for a chance to run. 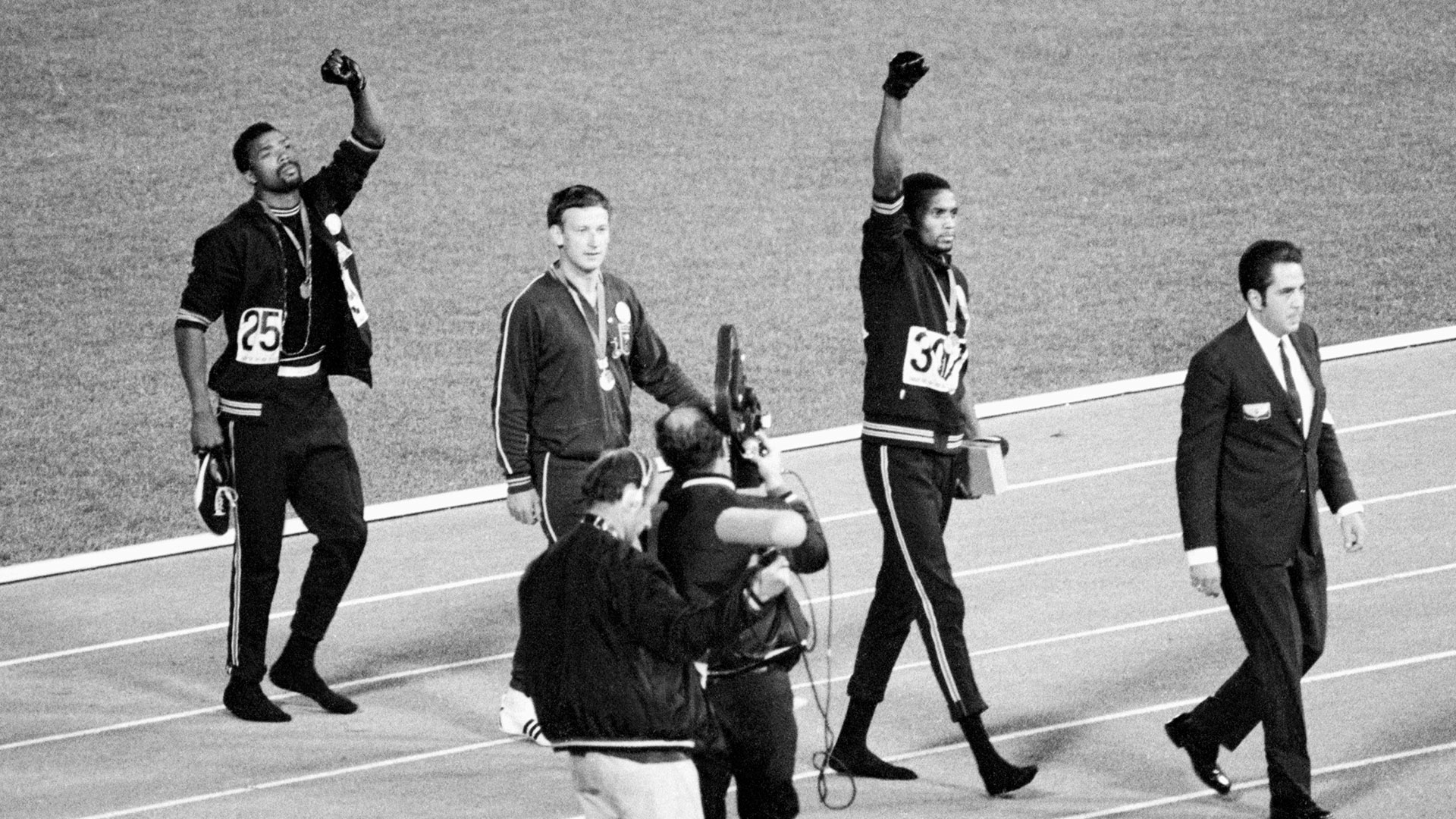 The “Black Power” protest by Carlos and Smith on the Olympic podium has resonated for half a century. Now younger athletes like Lyles are engaged in social justice activism.

On his 25th birthday on July 18, the day of his first heat in the 200, Lyles tweeted, “I made it to 25 years old today! A mark that for African Americans is a big mile stone. By this time in a Black man’s life we are either put in jail for life, killed in gang related events or killed just for the color of our skin. So when I say glad I made it to 25 I mean it!!!” 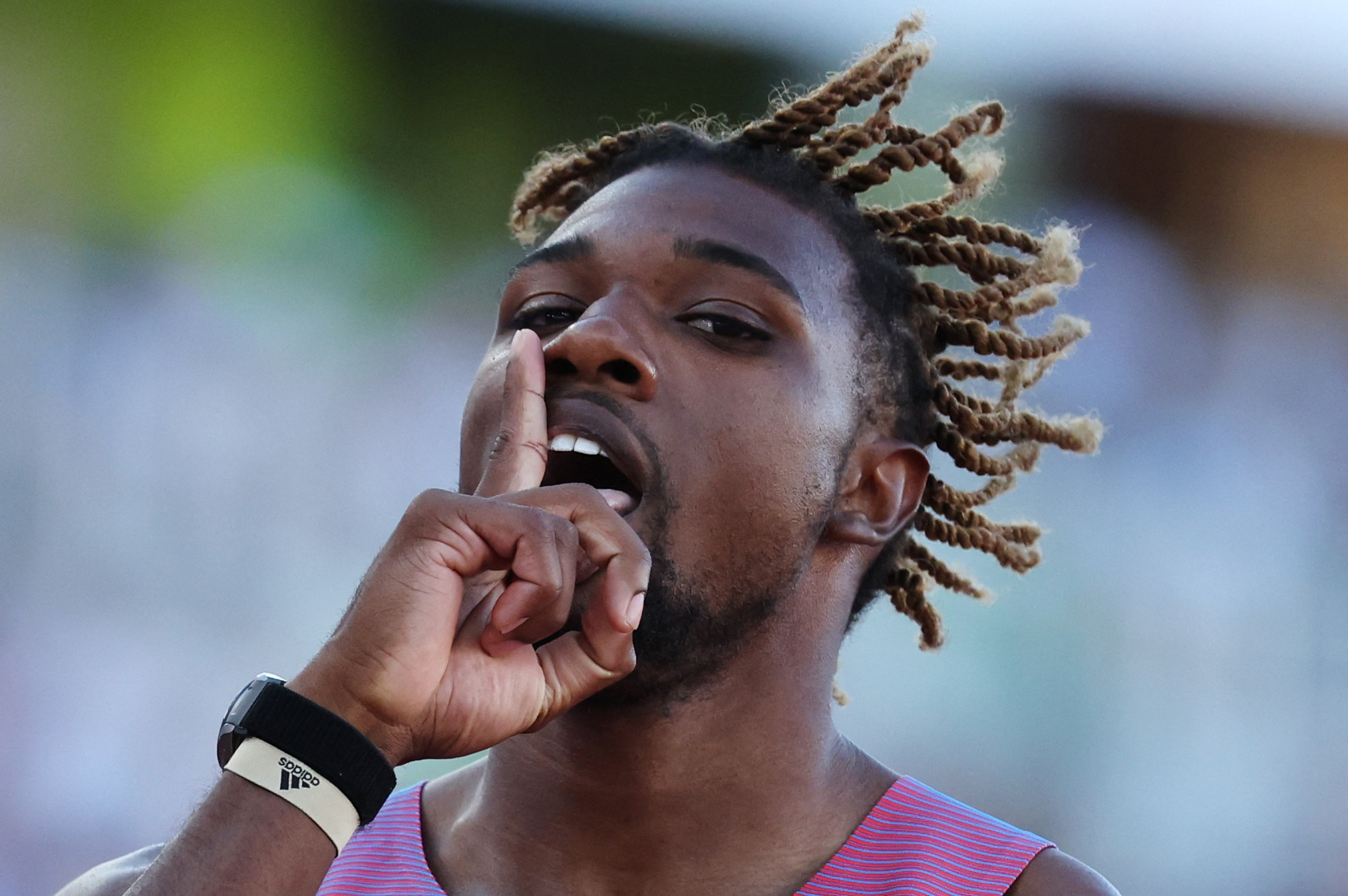 Carlos has also witnessed the growth in women’s sports in the last half century. 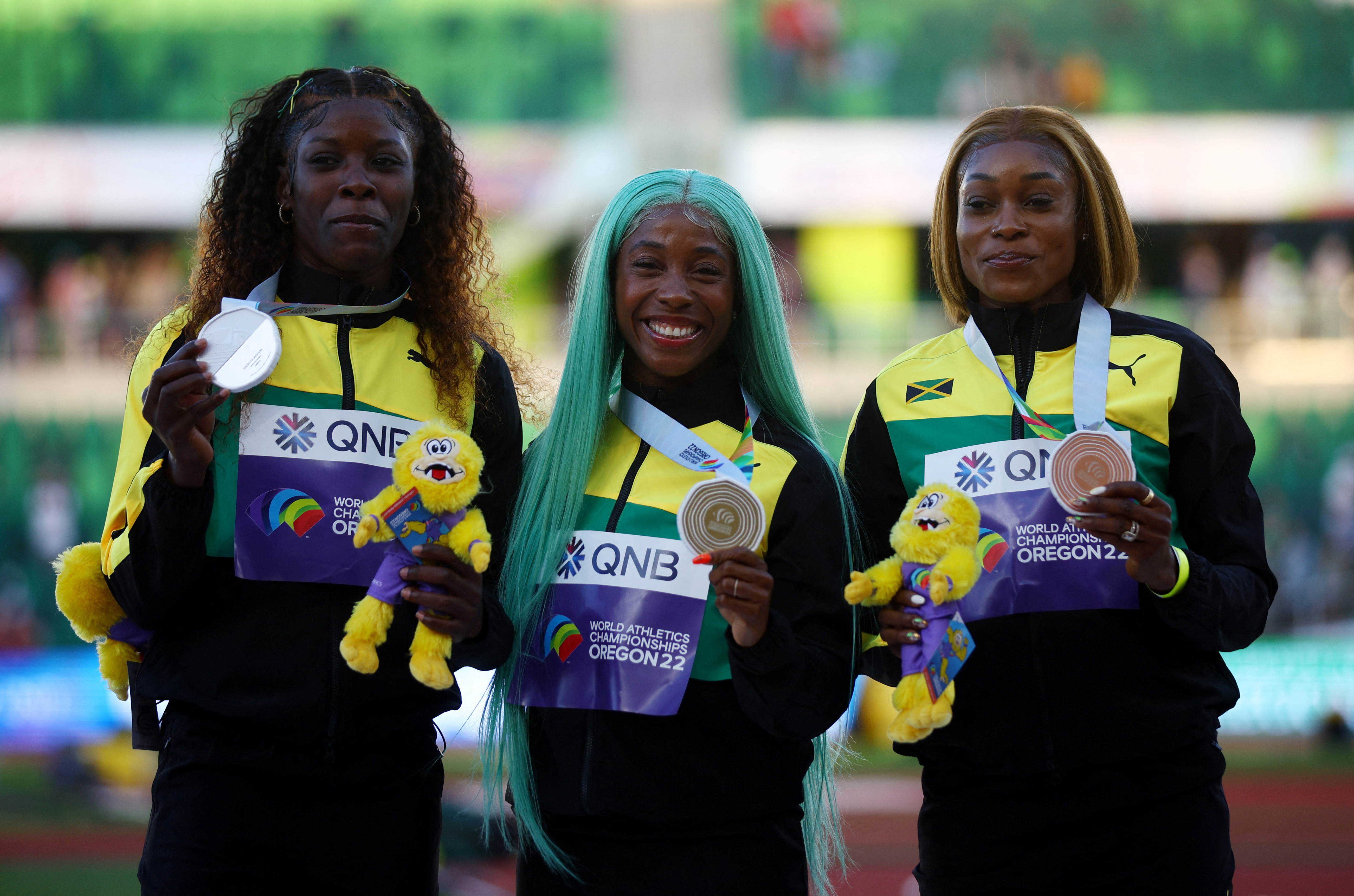 He pointed to the Jamaican women who swept the 100, with Shelly-Ann Fraser-Pryce leading the way for her fifth title.

“Look at the young girls from Jamaica, they’re the ones that’s carrying the load for the nation of Jamaica,” Carlos said. “Our women in the United States are starting to pick up the ball and do the same.”

He said Fraser-Pryce reminds him of Wilma Rudolph, who took the 1960 Olympics by storm after having a baby. Fraser-Pryce is the mother of a young boy.

“Wilma Rudolph had the baby and she ran faster than she did before she had the baby and Shelly-Ann is doing the same,” Carlos said. “It’s all about where your mind is and what you want out of life.

“If you’re good at something, you say, ‘Look, I’m not going to give you the whole box, I’m going to give you 98 percent of it.’ But that 2 percent you can put in and make it perfect, make it ideal and that’s what the superstars do. A person can walk up to greatness, but when you become phenomenal or legendary is when you walk through the gate.”

The elder statesman had one more pearl of wisdom to drop.

“You want to know the truth about the 200?” Carlos said. “I’m coming out of the stands and we will have a sensational day because I will reign one more time.”