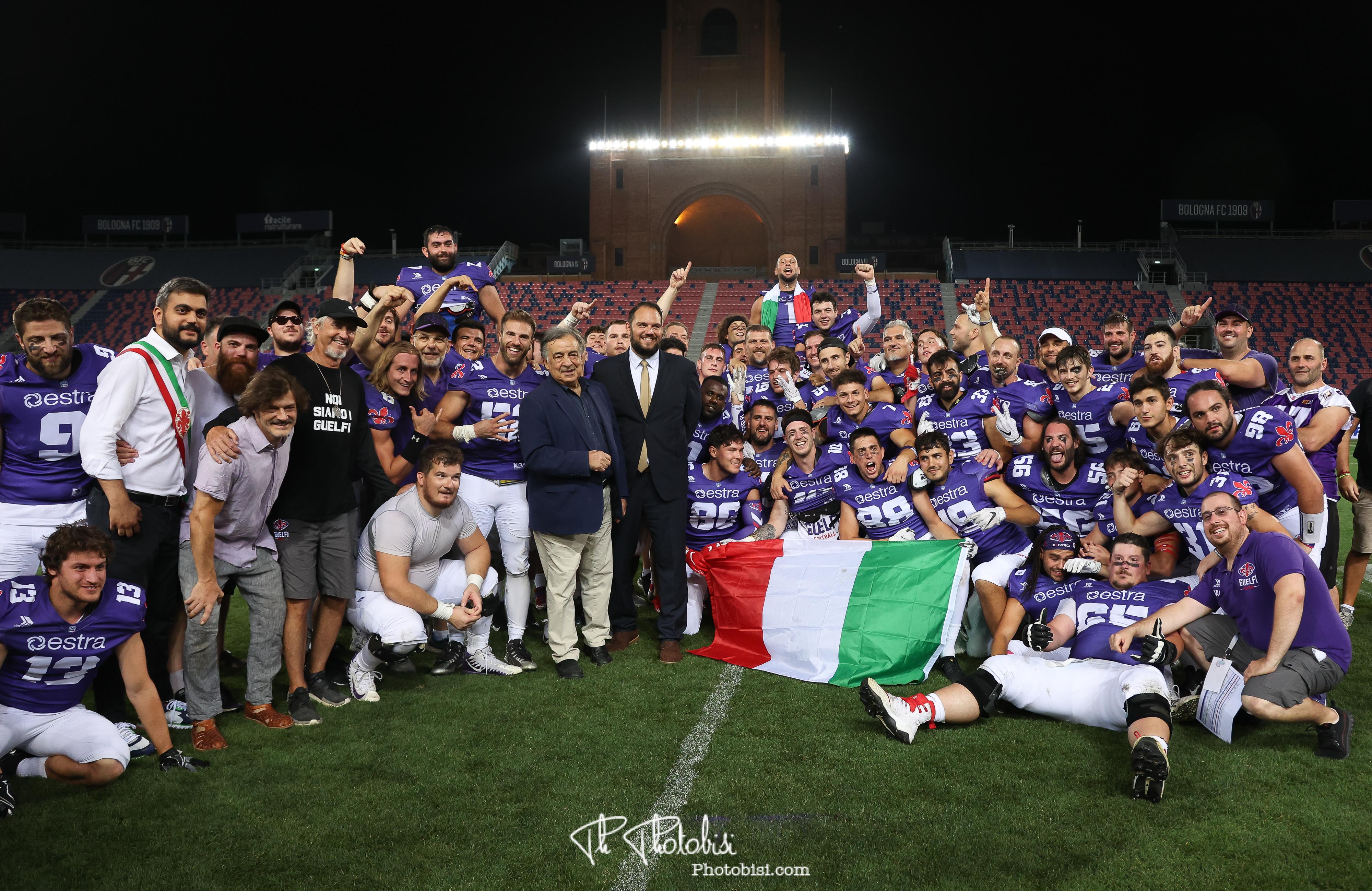 They may not be gridiron ready to go touchdown-to-touchdown with Tom Brady and the Tampa Bay Buccaneers, but the Florence Guelfi are champions of American football in Italy.

The Florence squad defeated Seamen Milano, 21-17, to win the 41st Italian Bowl at Stadio Dall’Ara in Bologna, Italy, on Monday night, July 4th. Fittingly, on America’s Independence Day, there were plenty of fireworks on the field during a hard-fought battle.

It was a surprising victory for Firenze, and first Italian league title, especially considering that Milano had been previously unbeaten entering the championship game.

Clad in purple, and looking a bit like the National Football League’s Minnesota Vikings, referred to as the “Purple People Eaters” in their heyday, Guelfi Firenze executed an unpredictable gameplan and outplayed the heavily favored Semen Milano. Firenze quarterback Andrea Fimiani led the Guelfi, while defensive end Lorenzo Dalle Piagge was named as the game’s MVP. 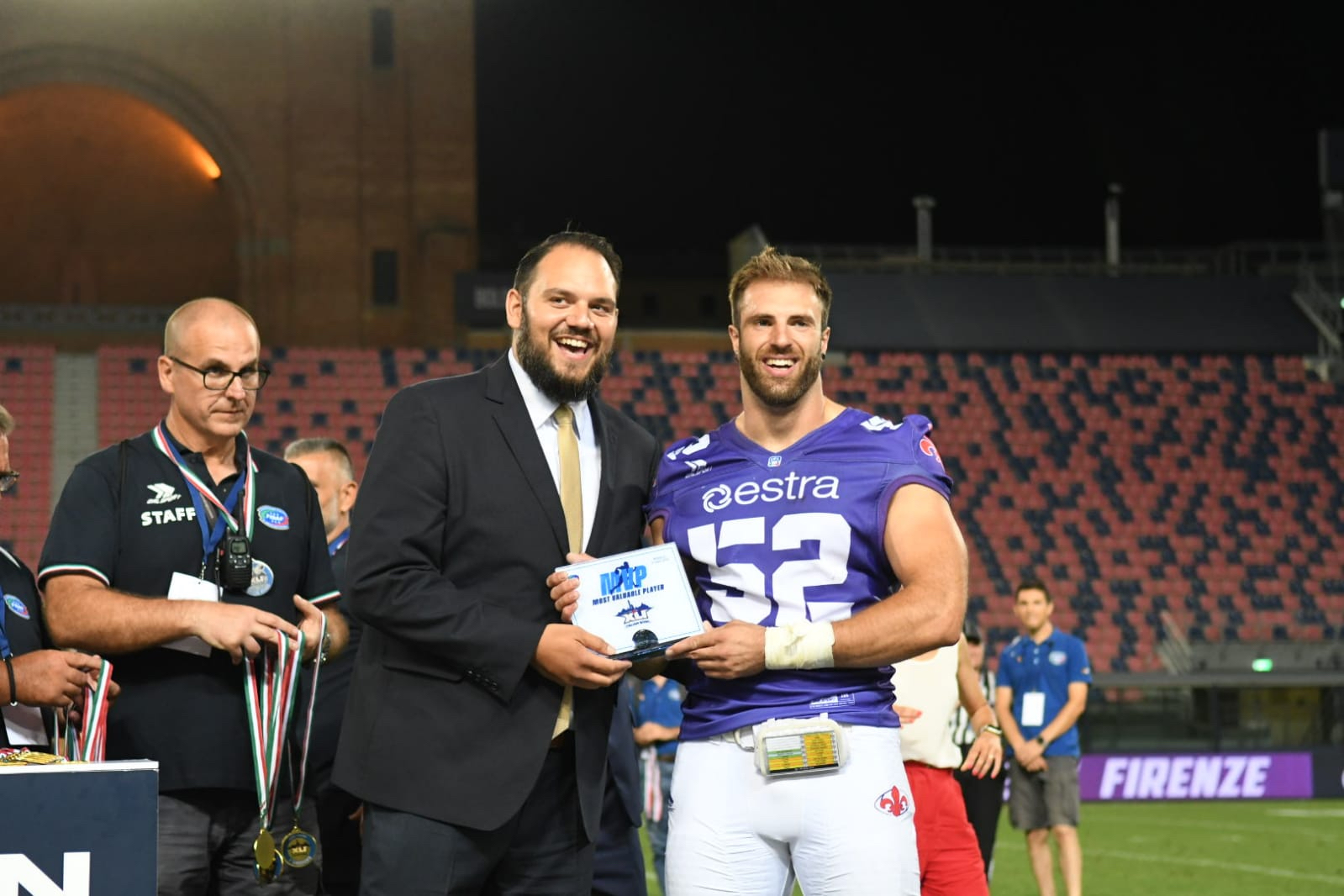 “It was fantastic to play and win this year’s Italian Bowl with my team Guelfi Firenze,” said Fimiani. “It is the first time in the history of my club that we have won the Italian Bowl.

“American Football is growing very quickly in Italy as you can see from our strong national competitions and our success on the international stage,” he said. “I’m looking forward to watching Italy’s men’s and women’s Flag teams compete in The World Games 2022 later this week, and hopefully pull off some more upsets.”

For the Seamen, it was their second consecutive Italian Bowl heartbreak, as they lost to the Parma Panthers last year in Piacenza. Still, for quarterback Luke Zahracka from Long Island, New York, only half the agony that the NFL’s Buffalo Bills once experienced, having faltered in four consecutive Super Bowls between 1991-1994.

As the two teams clashed helmet-to-helmet on the gridiron, European sport leaders of the traditional American pastime discussed a game plan to kick-off greater popularity across the continent and around the world.

“Since my election, my priority has been to get out and have these conversations with our members and stakeholders, especially in countries such as Italy, where the sport is developing so fast,” said the Frenchman Trochet, who was elected president of IFAF in December 2021.

“It is crucial for us to engage with key actors within the international sports and Olympic community – to understand their needs and share with them our exciting vision.” 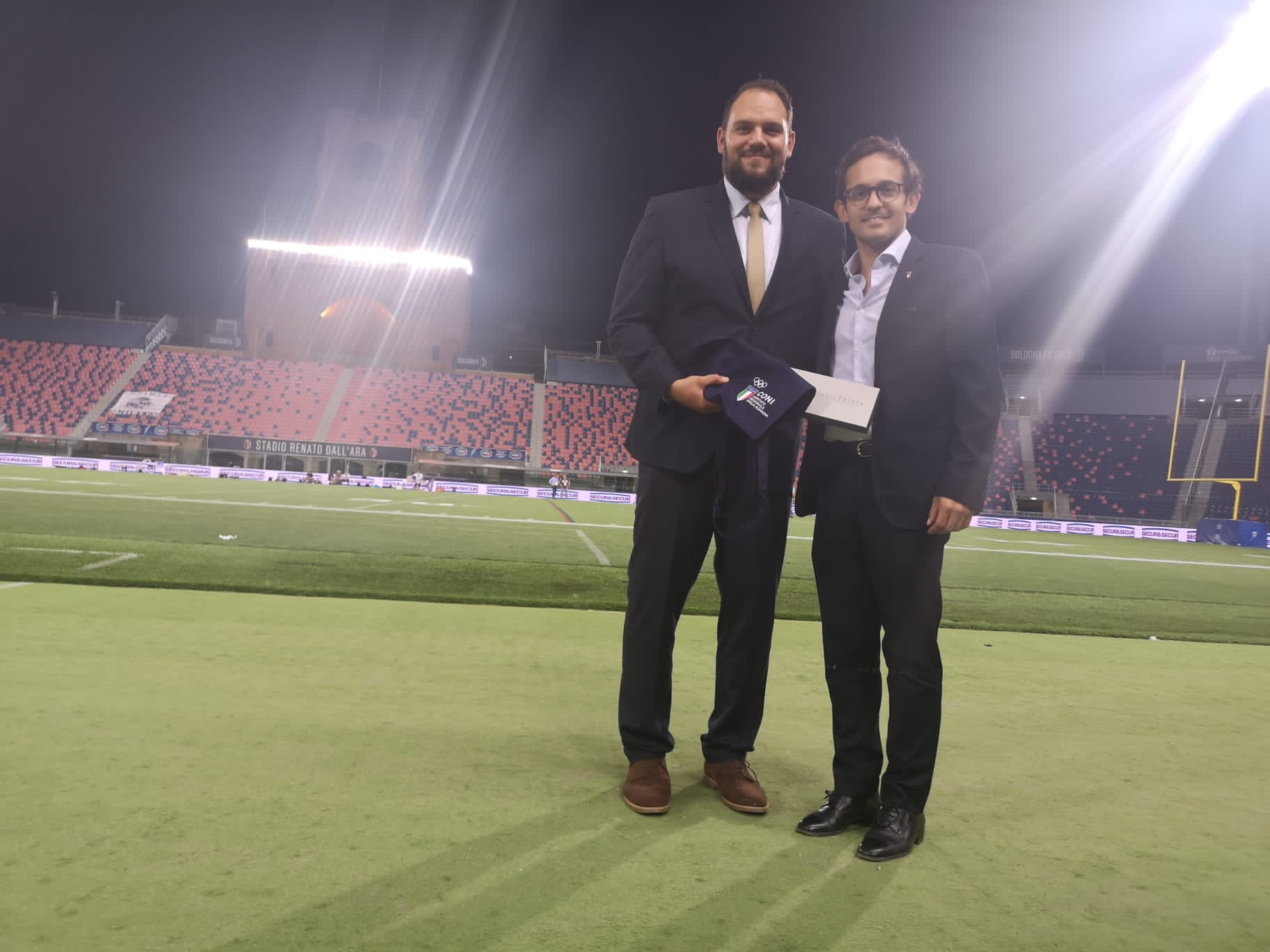 Trochet and Orlando updated the CONI officials not only about the evolution and rapid worldwide development of American football, but flag football in particular, as the gentler variety of the sport without tackling, prepares to make its debut at The 2022 World Games in Birmingham, USA, later this week. Italy will be among ten nations from 3 continents competing in Alabama – a state that is football-crazed about its prominent university team, the Alabama Crimson Tide – suiting up both men’s and women’s teams.

“Through flag football in particular, we have a great contribution to make to worldwide sports development, especially among youth audiences with the support of the NFL,” said Trochet, a former offensive lineman, who played in the French league and won a title with the Amiens Spartans.

Italian federation president Orlando shared his hopes and perspective, speaking about a version of football where players are revered for having great hands catching the ball, rather than being penalized for them.

“It has been fantastic to be able to showcase the growth of American football in Italy,” Orlando said. “This is an exciting moment in the sport’s development. As FIDAF, we have long enjoyed excellent collaboration with both IFAF and CONI and we believe these relationships will be crucial to deliver further growth in line with our shared objectives.” 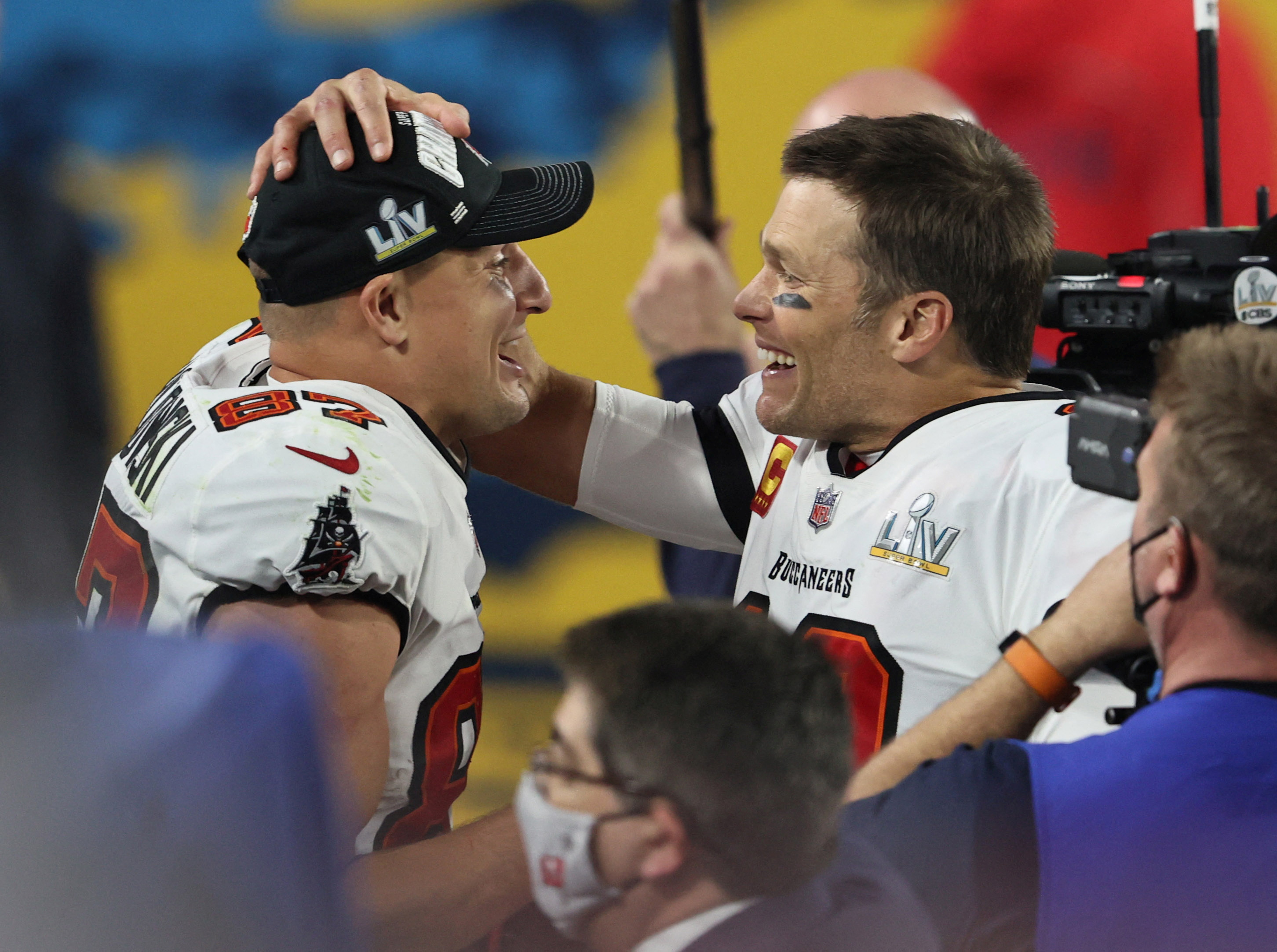 Trochet’s dream is to see flag football contested at the Olympic Games and LA28 seems like the perfect play call.

“Flag football in the Olympic Games will unlock new pathways and funding for athletes in countries all around the globe. It will further enhance the image of our sport as a safe and accessible activity for everyone – male and female, young and old and on every continent,” Trochet said.

The 2022 Italian Bowl marked the 41st edition of the championship game in Italy, with the inaugural contest taking place in 1981. The Italian Federation of American Football (FIDAF) is the governing body of the sport in Italy and is recognized by the Italian Olympic Committee.

The federation runs 14 national leagues including traditional tackle and flag football with about 6,000 men, women and children playing the sport nationwide.

Italy’s national men’s team is the current IFAF European Champion, much more impressive than that other Italian national football team, which will regrettably watch the upcoming World Cup from home, sitting on their couches.