The organizers of the Summer Olympics in Paris have been struggling to find a suitable basketball venue for its preliminary rounds of competitions. FIBA is starting to have “serious concerns” - citing three changes of venue plan over the past five years.

The latest proposal is to hold the event in Lille, which is about 130 miles (210 kilometers) away from Paris. An idea that does not seem ideal for FIBA’s secretary general Andreas Zagklis.

“We don’t feel that our athletes should be subject to the conditions we currently have on the table,” Andreas Zagklis, told Paris officials this week.

The Paris24 Basketball venue was originally slated for play at the Arena Paris Sud Hall 6. However criticism from members of the French basketball team, including some NBA players called the facility “embarrassing” and voiced concerns over the arena’s low ceiling and lack of ventilation. 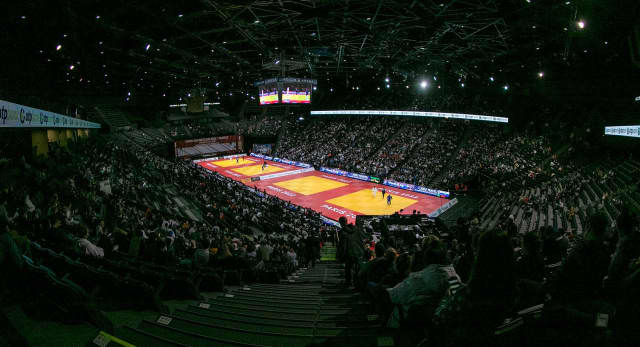 The medal round of basketball will be played at the NBA approved 15.000 seat Accor Arena, however Accor will be hosting gymnastics during the first week of the Olympics, conflicting with basketball’s qualifying round.

The Lille stadium, originally proposed for handball, has a retractable roof and has previously hosted European championship games in both soccer and basketball.

FIBA has questioned if the Lille stadium could guarantee “a safe field of play during the hottest days of summer” and has concerns about facility conditions for athlete recovery and meal preparations.

As basketball is expected to be one of the most popular sports at the Summer games, FIBA has also expressed concerns that athletes would not be accessible in Paris, nor able to stay in the athletes’ village if preliminary games are held two hours away.

“We feel some basic conditions for our players like in all previous Olympics should be respected,” Zagklis added.

According to ASOIF president Francesco Bitti, the organizers of the Summer Olympics in Paris were in a different financial situation than they were a few years ago. Despite this, he noted that FIBA’s concerns were “understandable, especially because they are a professional sport”.

At the ASOIF meeting this week officials suggested that the IOC may need to step in and mediate a solution.

Paris organizing committee president Tony Estanguet acknowledged “We have to find solutions to maintain the level of ambition as much as we can with our budgetary limits.”

France won men’s silver and women’s bronze in basketball at Tokyo, and Estanguet agreed it is “a very important sport” in his country.

The NBA is set to host another international game next season in Paris at Accor Arena where the Detroit Pistons are scheduled to play the Chicago Bulls, Thursday, Jan. 19, 2023.