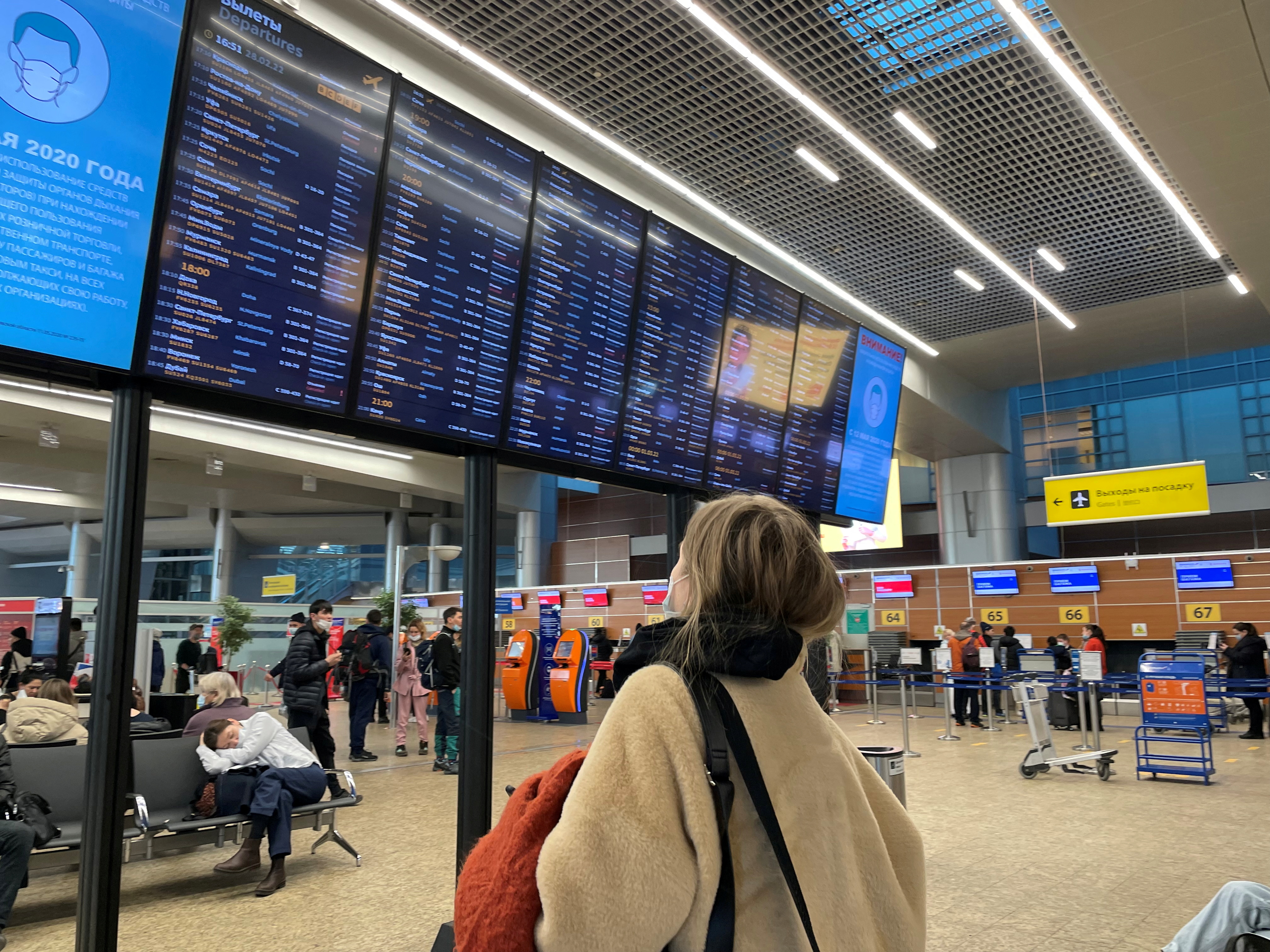 FILE PHOTO: A passenger looks at a departures board at Sheremetyevo airport, after Russia closed its airspace to airlines from 36 countries in response to Ukraine-related sanctions targeting its aviation sector, in Moscow, Russia February 28, 2022. REUTERS/Stringer/File Photo

Two top U.S. sports officials who criticized Russia are on the updated list of 963 American citizens permanently banned from entering the country.

Sarah Hirshland is identified on the list as “head of the U.S. Olympic and Paralympic Committees” and is the CEO of the organization.

A USOPC spokesperson declined to comment to Around the Rings.

Travis Tygart’s name was misspelled as “Trevis”, but the head of the U.S. Anti-Doping Agency was identified as such and his middle name “Thompson” was included.

The “black list” is viewed as retaliation by the Russian Foreign Ministry against Americans who have spoken out about the invasion of Ukraine or other Russian issues, such as doping. 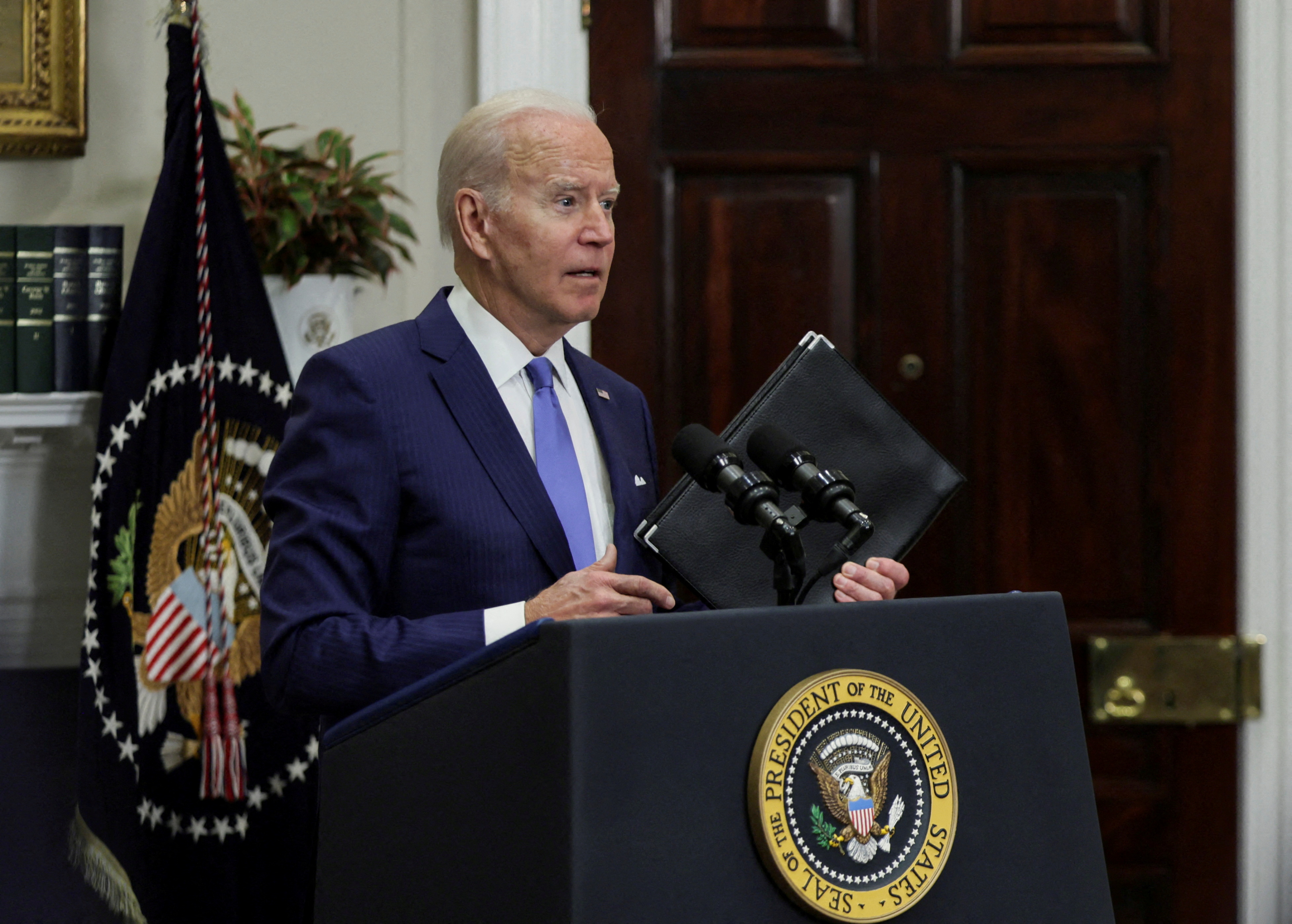 U.S. President Joe Biden departs after announcing additional military and humanitarian aid for Ukraine as well as fresh sanctions against Russia, following a speech in the Roosevelt Room at the White House in Washington, U.S., April 28, 2022. REUTERS/Evelyn Hockstein

The list also includes U.S. president Joe Biden, vice president Kamala Harris and many U.S. senators and representatives from both the Democratic and Republican parties — a few of whom are now deceased. Journalists, tech executives and even actor Morgan Freeman are mentioned. According to the list, Freeman in September 2017 “recorded a video message accusing Russia of conspiring against the United States and calling for a fight against our country.”

Michael Carpenter, the U.S. ambassador to the Organization for Security and Cooperation in Europe, tweeted “What an honor” in reference to the travel ban.

Film director Rob Reiner, who has also spoken out against Russia, told Deadline in a statement, “No comment, except to say that I’m heartbroken and will have to live with the disappointment.”

With sports competitions and major international meetings canceled or stripped away from Russia, the ban should not affect Hirshland’s travel for her job.

Hirshland had harsh comments about Russia earlier this month when she joined Team USA in Washington for the White House ceremony celebrating the 2020 and 2022 Olympic teams. Hirshland told reporters “Russia needs to be sanctioned” in the wake of doping scandals and the invasion of Ukraine, which occurred between the close of the Beijing Olympic Games and the beginning of the Paralympic Games.

Tygart has been a long-time critic of the Russian doping scandals, telling Reuters in 2019 the country “has only gotten more emboldened and become more egregious every time the global anti-doping community attempts to put a sanction in place.” He added that Russian doping was “the greatest fraud in Olympic history.” 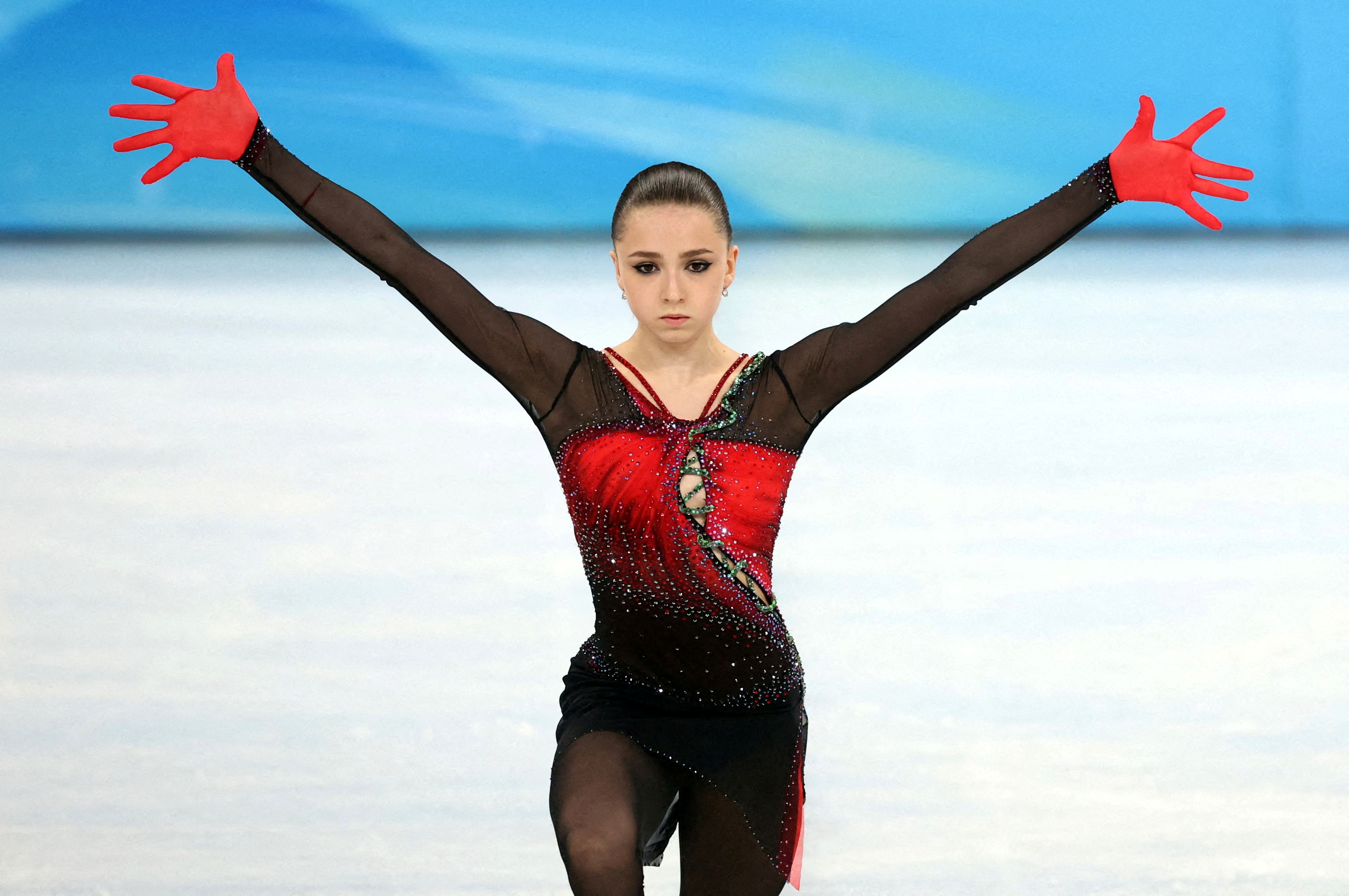 In February, Tygart said Russia had “hijacked the competition” after 15-year-old figure skater Kamila Valieva was allowed to compete in the figure skating team event at the 2022 Beijing Games despite a positive doping result in December. He added the case had “stolen the moment from clean athletes” for the “sixth consecutive Olympic Games.”

If the resolution of the case finds Valieva should not have competed, he said it would “reveal what a farce the handling of the Russia state-sponsored doping system by the IOC has been over the last eight years.”

During the Beijing Games, Susanne Lyons, the chair of the USOPC Board of Directors told Around the Rings that the “credibility of the Olympic Movement and the Paralympic Movement stands teetering on the edge” upon the revelation of the Valieva doping case.

A Susan Lyons was one of 86 people on the list identified only as “U.S. Citizen,” but it is unclear if that is a misspelled version of Lyons’ name or someone else.

The Russian Foreign Ministry wrote, “Russia does not seek confrontation and is open to honest, mutually respectful dialogue, separating the American people, who are always respected by us, from the U.S. authorities, who incite Russophobia, and those who serve them. It is these people who are included in the Russian ‘black list.’“ 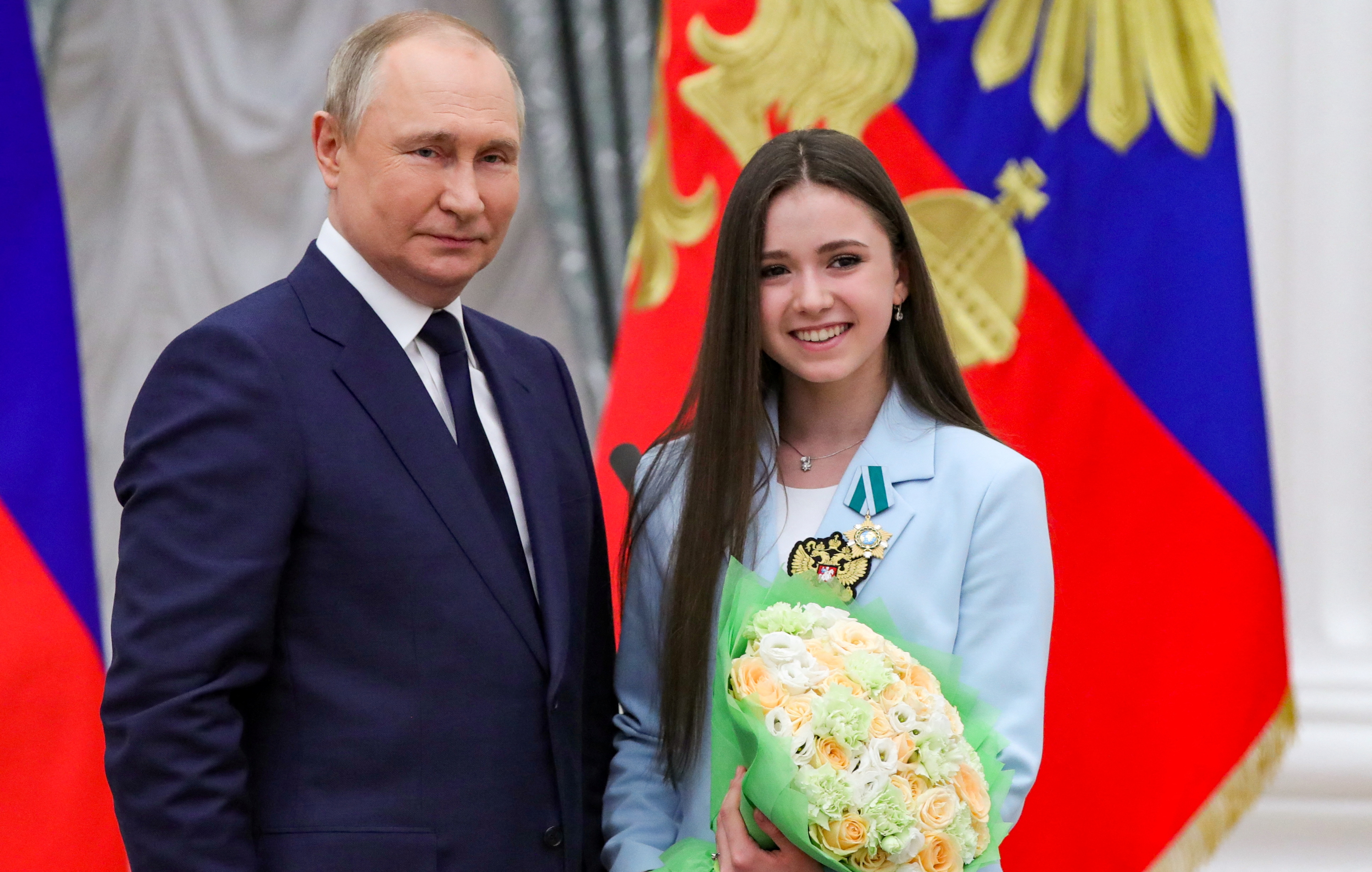 Russian President Vladimir Putin poses for a picture with figure skater Kamila Valieva during an awarding ceremony honouring the country's Olympians at the Kremlin in Moscow, Russia April 26, 2022. Sputnik/Mikhail Klimentyev/Kremlin via REUTERS ATTENTION EDITORS - THIS IMAGE WAS PROVIDED BY A THIRD PARTY.

If Valieva, who turned 16 years old last month, is banned, Team USA would win the gold medal in the team event. With the case still unresolved, skaters and administrators are frustrated there has been no medal ceremony.

The invasion of Ukraine was swiftly condemned across the world, with sports events pulled from Russia and Russian athletes prohibited from taking part in competitions.

”It’s telling to me how quickly everyone was aligned around everyone saying they’re out,” Hirshland said. “I don’t think that’s entirely driven by the invasion of Ukraine.”

USOPC chair: “Credibility of the Olympic Movement… teetering on the edge”
“They finally can focus on sport and not so much on public health”: Susanne Lyons gives impressions of Games