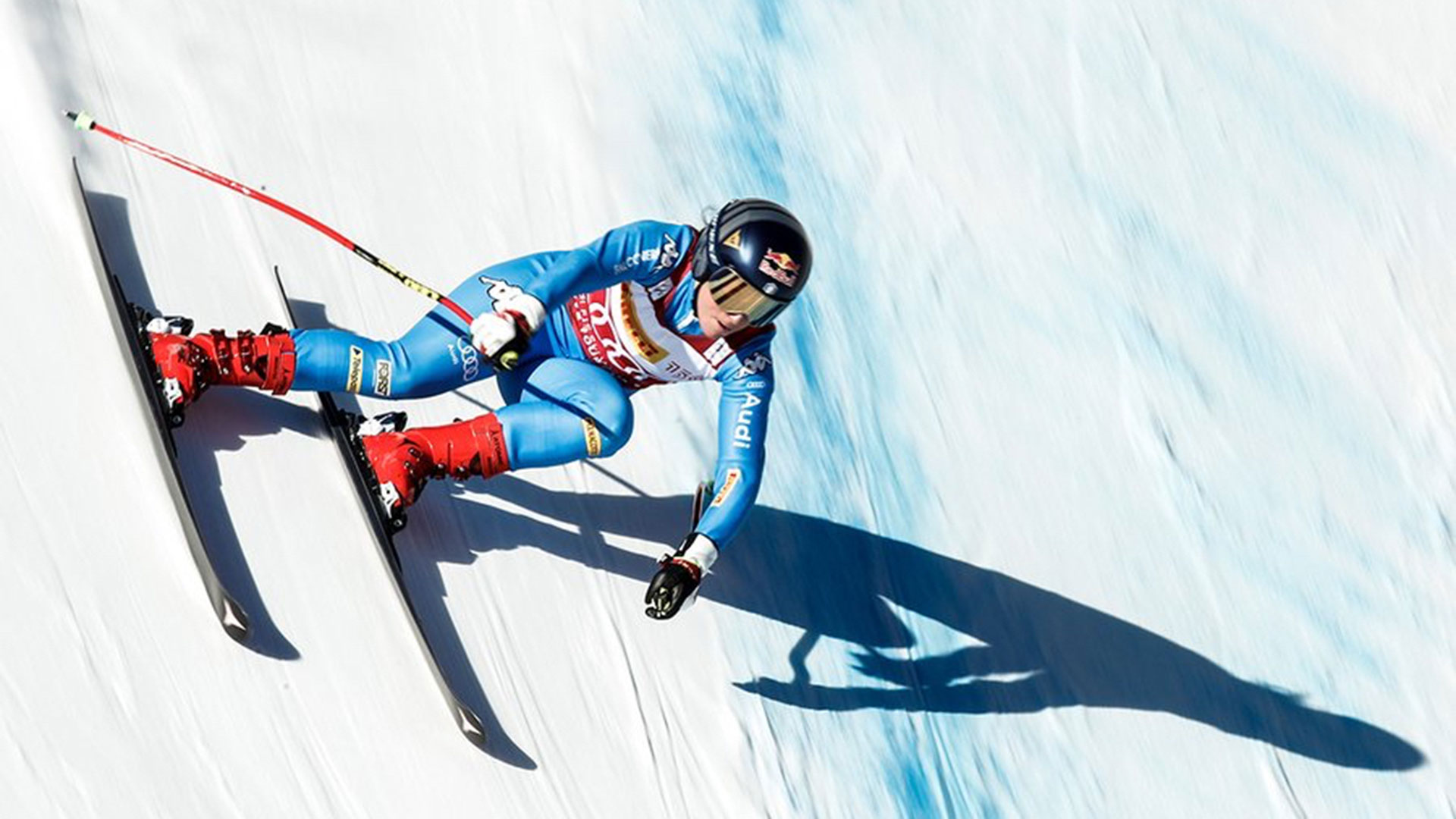 Goggia won Saturday's downhill in Cortina, before crashing in the super-G on Sunday (Pentaphoto_Cortina World Cup)

Sofia Goggia crashed dramatically on the Olympia delle Tofane course in Cortina, and her status for next month’s Beijing Olympics now is in question. However, Goggia and the Italian team remain optimistic she can rehabilitate quickly, and will be able to defend her 2018 Olympic downhill gold medal on February 15.

The incident occurred in Sunday’s World Cup super-G as the Italian ski racer lost control, flew through the air as her skis drastically split apart, landed hard, crashed through a gate, and continued to slide coming to a halt before reaching the safety netting.

The 29-year-old Italian fan favorite managed to ski down the mountain on her own power and after receiving treatment in a finish area tent was taken to a Milan hospital for further evaluation. Goggia sustained a sprained left knee, a small fracture of her fibula bone and minor tendon damage.

“I’m upset – it’s not a break that I needed in such an important time of the season, but I’m already going to start physical therapy in the coming hours, with the aim of trying to defend the Olympic title in the event that I love most,” Goggia said.

Goggia had been considered a strong favorite for the Olympic downhill, having won four races in the discipline this season, including on Saturday. She is also a top contender in super-G.

The Italian star will need to start in at least one downhill training run on February 12, 13 or 14 in order to race in the Olympic downhill — but preferably, more than one, on a new course that none of the top international racers have seen or skied upon. 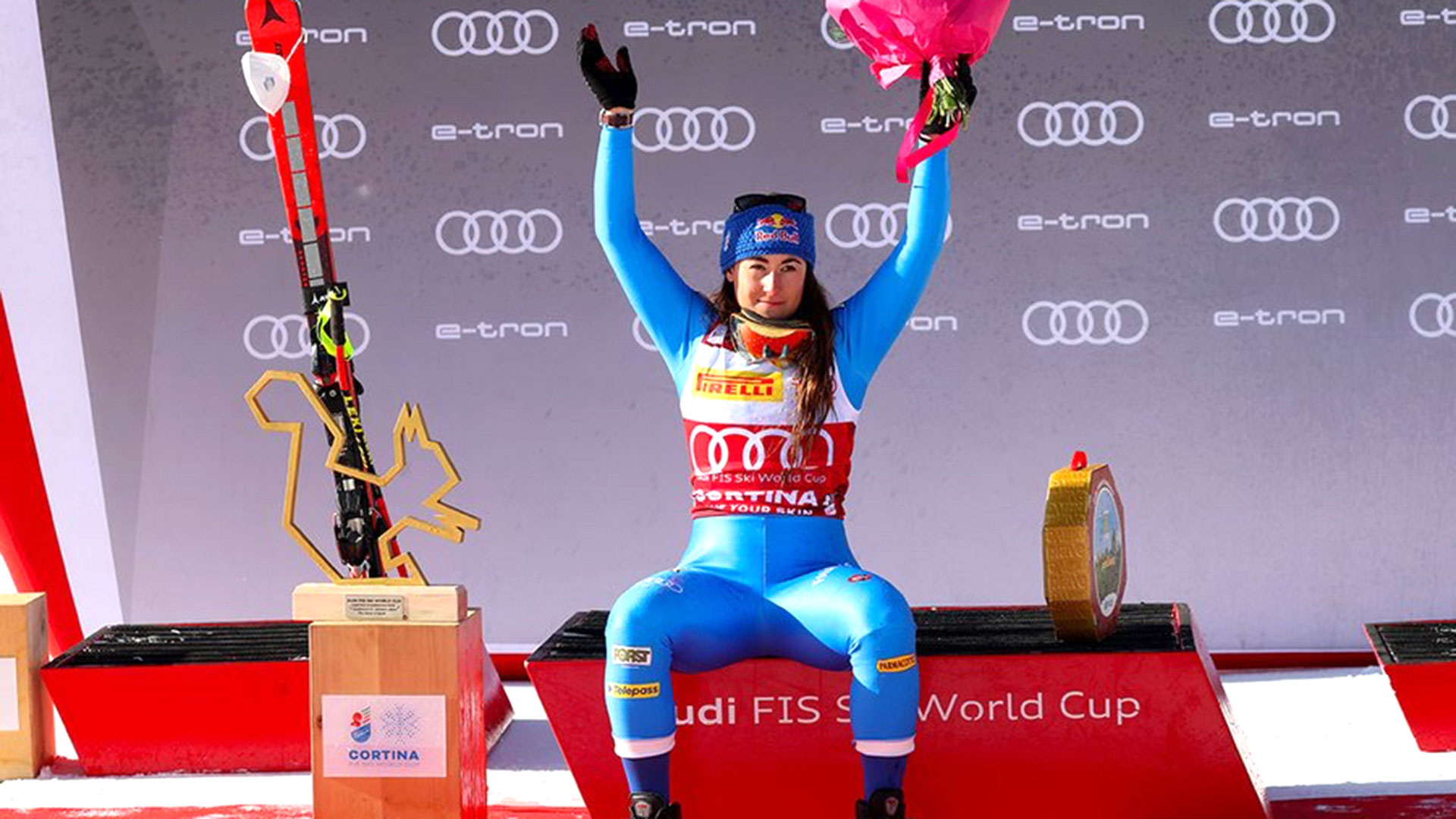 Goggia’s crash came one day after she charged to her first career victory at the 1956 Olympic resort, in Saturday’s downhill event. The extroverted Italian ski racer relished the moment, enthusiastically saluting and playing to her fans in the Cortina finish area.

“When I crossed the finish line and I saw minus 20-hundreds of a second (her margin of victory), my heart exploded with happiness because in front of the Italian crowd it feels amazing,” Goggia said, following Saturday’s win.

Goggia’s races are always compelling to watch, as she is known for pushing the limit on the mountain, arguably more than any other current female ski racer. She also suffered a crash in a downhill in Austria last weekend, but prior to that had won seven consecutive races, albeit with a break from competition due to yet another fall and injury that caused her to miss last February’s World Alpine Ski Championships at the future 2026 Olympic venue.

“No one will ever give me back the world championship, but to win in front of the Italian crowd with all of my heart, it tastes different,” Goggia said, with passion in the tone of her voice. “Every victory has its own story, but to win here in front of my home crowd feels lovely.” 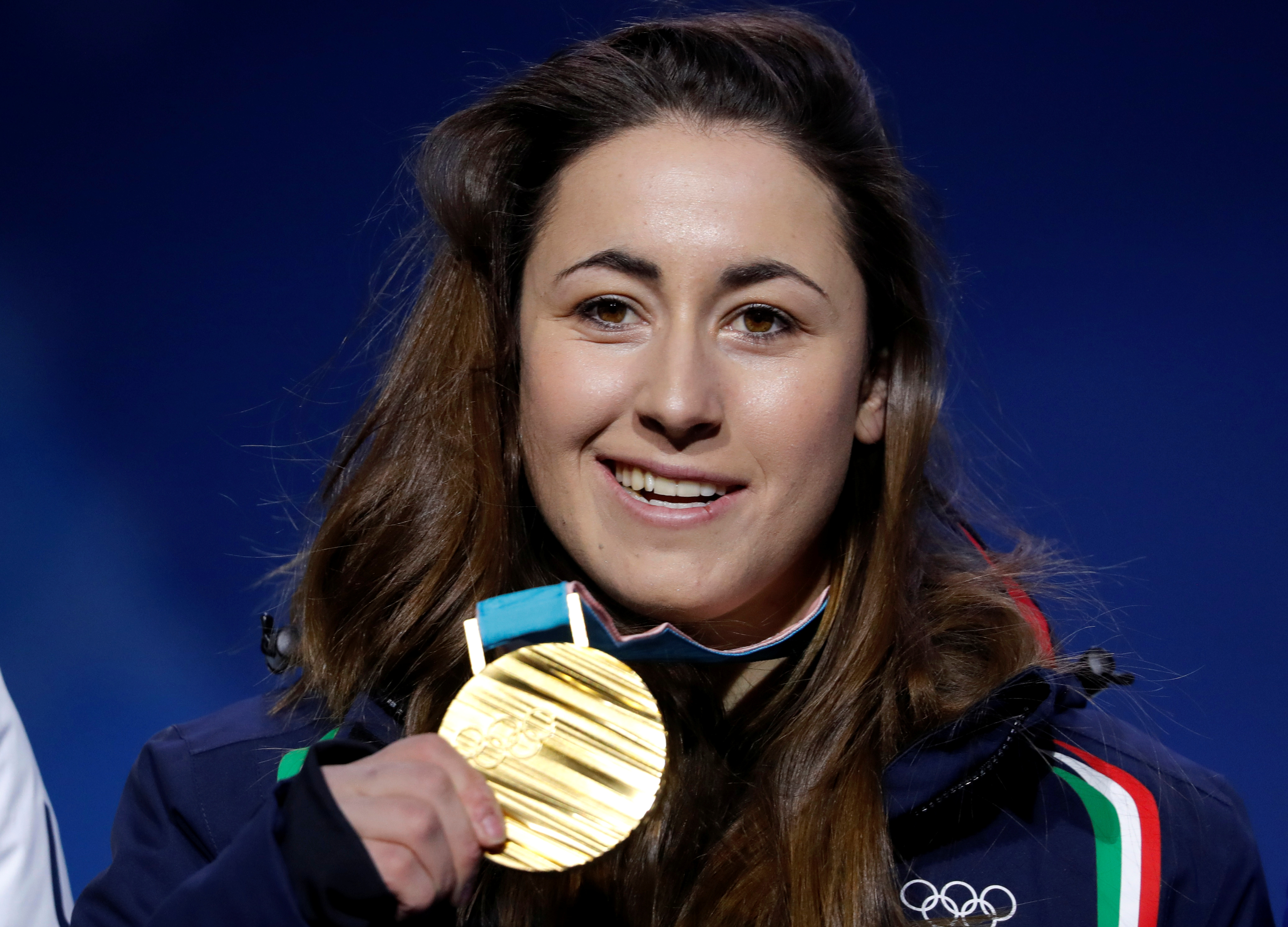 Goggia was nominated to carry Italy’s flag at the February 4 Opening Ceremony in Beijing, but it now appears unlikely that she’ll be able to travel to China by then.

The veteran Italian skier has 17 career World Cup victories in 146 career starts, having first competed on tour in December 2011. With her four victories this season, she currently leads the World Cup downhill standings by 136 points over Austrian Ramona Siebenhofer. Despite Sunday’s crash, she is also third in the super-G standings.