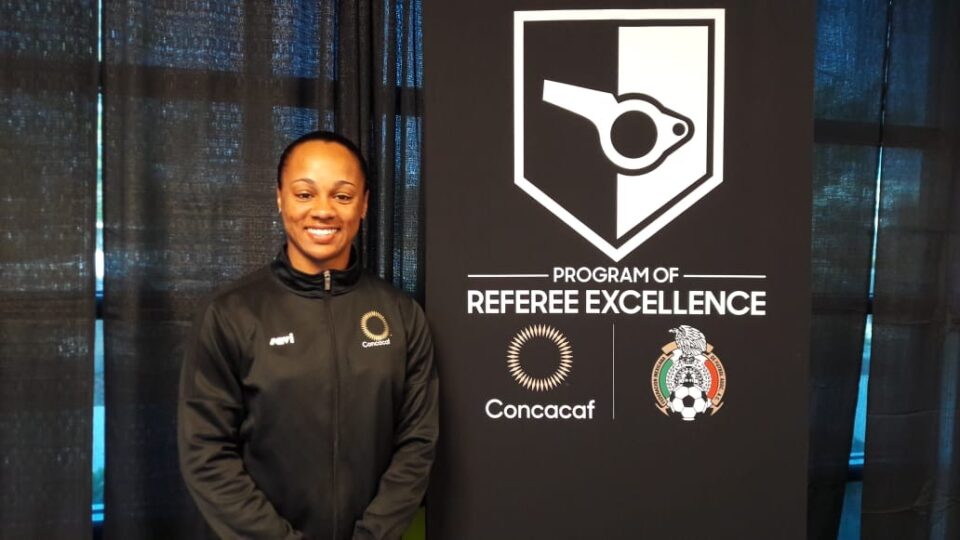 Referee Natalie Simon, 32, has become the first African-American woman to earn a FIFA badge, a distinction that qualifies her to take part in international matches and tournaments.

If Simon continues her progression, it would not be strange to see her at the Olympic tournament in Paris in two and a half years and on other stages of the Confederation of North, Central America and the Caribbean (Concacaf).

“It’s like a miracle that I’ve made it to this moment. A lot of things have to come together. And a little bit of luck, you know, knowing the sacrifices that not only my parents, but my grandparents and my great-grandparents, made for me to have the opportunities that I have. For me, it’s all intertwined in terms of what my family has gone through, what I’m experiencing now and what I’m trying to do for future generations,” Simon told “Los Angeles Times.”

A Louisiana native, Simon got her start in soccer as a high school player in Fort Lauderdale, Fla. She went to college at Stetson, a predominantly white private school near Orlando where she played forward. After college, she joined a semi-professional women’s team before trying her hand at coaching.

Neither profession was a good fit for her, so she decided to pursue a career in refereeing. Over the years, she has played in both the men’s and women’s professional leagues, the United Soccer League and the National Women’s Soccer League. She has also served as fourth official in MLS games, where her goal is to become a central referee.

Today she is already one of only four U.S. women with the FIFA badge, the highest rank a referee can receive. Just last season, Tori Pinseau made history as the first female MLS center referee in two decades, and Simon wants to be the second.

In her interview with colleague Kevin Baxter, she recalled some passages in her career.

“I haven’t had anyone to really identify with, I was always the only black person on every team I played for. I was always the token black girl. I spent a lot of time wondering if I belonged here, I spent most of my career wondering if I was good enough. I think a lot of black people, especially black women, can relate to that,” Simon said, mindful of her responsibility in refereeing and with thoughts of future generations.

“I carry that with me on the field. I carry the weight of that, knowing that the decisions I make can affect what happens in the future for other black women coming up behind me.”

Rodney Kenney, referee coach and Simon’s former assistant coach, said he’s not surprised she’s made it this far because of how good she is, and because of her skill set. Kenney recounted that in tryouts many of the referees had trouble maintaining their speed during a men’s match, while Simon remained fast enough

Aspiring referee applicants must not only pass a written test of knowledge about the game, but must also pass a physical exam that includes a series of 10-meter sprints and an intermittent test for the high-speed distance of 75 meters. There is also no personalized gender assignment in the exam.

In other words, Simon has earned her title not because of an “assigned quota” but on her own merits. And she doesn’t want to be just “a fourth referee”, but a central referee in the future in a context where for female officials there is still a long way to go in traditionally male sports.

“There are a lot of men who are nowhere near what Natalie is,” Kenney said.

In October 2013, he retired after a 28-year career. At FIFA’s request, in 2016 she began managing the training of women’s soccer referees worldwide. Seitz spoke about the significance of Simon’s appointment.

“Diversity is inherent in the work we do. Leaders are finally recognizing that quality is key. Gender, race, religion and motherhood are not factors. With more women role models, we hope to have more referees in the United States,” she commented.

In September 2021 Maia Chaka became the first black woman to referee a National Football League game. She was only the third female referee in the NFL.

Violet Palmer was not only the first African American female NBA referee, but the first official to reach the highest competitive level in any major professional sports league in the United States. In 2014 she was the first woman to referee an NBA All-Star Game. And in 2006 the first to officiate a playoff game between the Indiana Pacers and New Jersey Nets. A woman-historian.

Nicole Simon wants to be inspired by Chaka and Palmer.