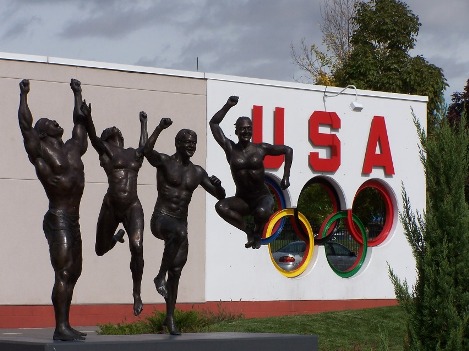 (ATR) Big changes are coming to the U.S. Olympic Committee.

Six months after starting as CEO, Sara Hirshland is taking steps to reorganize the executive team at the Colorado Springs headquarters. The changes are Hirshland’s latest effort to recover from the impact of the USA Gymnastics sex abuse scandal.

In an email to the staff this week, Hirshland outlined changes that will include new hirings, some specific to addressing the aftermath of the scandal. Recruitment is underway for a director of athlete services, a position that will oversee safe sport and other issues involving athlete welfare.

Hirshland fired chief of sports performance Alan Ashley in December for supplying untruthful information about the USOC response to the USAG sex abuse scandal. At the time he was the highest paid staff member at the USOC.

In her email, Hirshland announced that long-time USOC staffer Rick Adams, who previously headed the Paralympic program, will take the sports performance job.

Patrick Sandusky will leave in March as director of external relations to take a media post with Madison Square Garden in New York City. Sandusky has been with the USOC for 10 years. He joined after serving as media chief for the Chicago bid for the 2016 Olympics.

Hirshland says the USOC will combine marketing and media responsibilities into the reorganized department to be headed by Sandusky’s successor.

"This new division will combine our current public relations, government relations and digital teams with a renewed focus on brand marketing to help tell the incredible stories of Team USA athletes while also making sure we’re proactively defining who we are as an organization," she says.

Hirshland says she is also looking for a chief of staff, another new position created by the reorganization. The chief of staff will oversee international relations and coordinate the USOC’s work with Los Angeles 2028 and U.S.Olympic Properties, the marketing arm for the LA Games.

"Together, this group will guide all aspects of the organization and ensure that we are wildly successful delivering on our new mission: Empower Team USA athletes to achieve competitive excellence and inspire our nation," Hirshland says about the new team she’s assembling.

A different view of the changes comes from the Committee to Restore Integrity to the USOC. Formed in the past few months, the group of Olympians is critical of the USOC response to the gymnastics scandal. The group has repeatedly called for Hirshland and nearly every member of the USOC Board of Directorsto resign.

"The USOC leadership demonstrated today that they are incapable of reforming themselves in a meaningful way," says a statement.

"Team Integrity continues to assert that athlete abuse will continue as long as athletes are left without substantial voting power in the organization, left without resources to shape their athletic career. The USOC is a national trust that is being abused and misused by incompetent leadership. Team Integrity continues to stand by our statements that the USOC Board and senior leadership needs to change in order to end athlete abuse," says the statement.

Hirshland tells her USOC colleagues that the changes she is proposing are intended to address the issues raised by the scandal and critics like Team Integrity.

"All the adjustments are fundamentally aimed at structuring our team behind the team to ensure we can make the changes necessary to create safe environments, empower athletes, and provide the funding and services our athletes need to perform at the highest level, while building the talent and relationships that will ensure the success of the Olympic and Paralympic movements for many years to come," Hirshland writes in her email.

"Every great organization has to adapt in order to fully thrive and I’m confident these adjustments will allow us to be our best," says the USOC CEO.