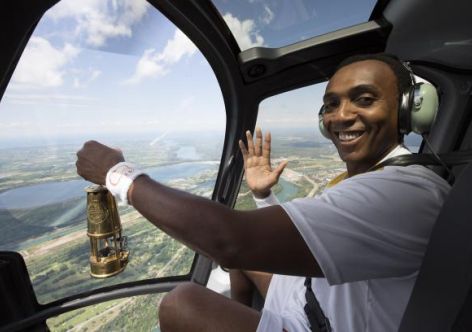 (ATR) The Parapan Am Games torch relay will feature two separate flames for the first time.

The torches will be carried by 250 people over the five day journey spanning over 700 kilometers. Many of the torchbearers are Paralympic and Parapan Am medalists.

The two flames were lit on Monday, August 3 in Niagara Falls and Ottawa and will converge in Toronto on August 6. The flames will unite as one before traveling to the Parapan Am Games opening ceremony at the Pan Am athletics stadium at York University on August 7.

"Today marks the start of a five-day build-up to the biggest Parapan American Games ever, a fantastic sporting event that has the potential to act as a catalyst to changing attitudes towards people with impairment and making for a more inclusive society," said Campo.

The games will feature over 1,600 athletes from 28 countries competing in 15 sports. The IPC announced on Monday they will live stream four sports on their website throughout the eight day competition.

Every sport on the Parapan Am program will offer athletes the opportunity to qualify for the Paralympics in Rio de Janeiro in 2016. The Parapan Am Games will conclude on August 15.