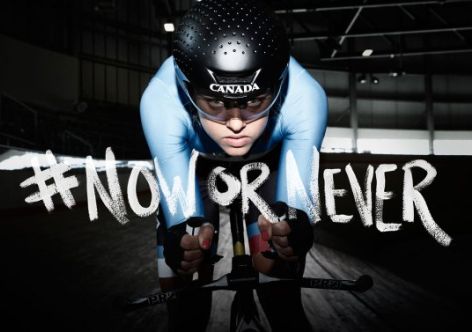 The campaign is called #NowOrNever and focuses on telling the stories of 14 Canadian athletes as they prepare for the Pan Am Games this July and ultimately the 2016 Olympics in Rio.

Directed by Canadian Mark Zibert the campaign focuses on make-or-break moments during international competitions such as the Pan Am Games.

"By sharing our athletes' stories, we inspire Canadians through the power of sport," the COC said of the campaign on their Twitter feed.

Commercials were created for the campaign were shot around Toronto, including two venues from the Games: York University and the Milton Velodrome.

The advertisements will first air on Apr. 22 during game four of the National Hockey League playoff hockey series between two Candian Franchises, the Montreal Canadiens and Ottawa Senators.

All competition mats used during the Pan American Games will be supplied by Dollamur Sport Surfaces.

The company will supply mats along with other flooring surfaces for the Games.

"We look forward to watching elite athletes compete on one of the world’s biggest stages on the safest and highest-quality mats in the industry," Don Ochsenreiter, President and CEO of Dollamur, said in a statement.

According to the company, the ease of installation of Dollamur mats will save the Organizing Committee "thousands of dollars."

The draw for the 2015 Pan American Games football tournament is set for Apr. 24.

Toronto 2015 Chief Executive Saäd Rafi will host the draw with singer Amanda Martinez. Eight teams will be divided in two groups of four in both the men's and women's tournament.