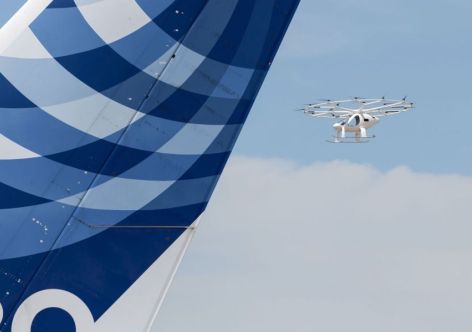 (ATR) German company Volocopter's electric air taxi goes airborne in Paris with a goal to being fully operational and in service for Paris 2024. 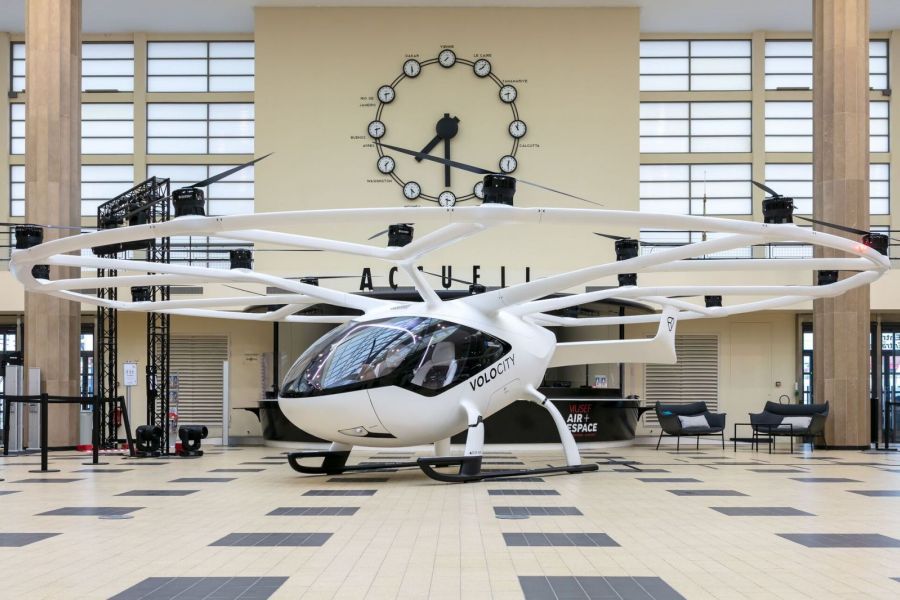 Volocopter's VoloCity model (Volocopter)"The first flight today in Paris highlights Volocopter’s commitment to bring air taxi services to this region in time for the 2024 Olympic Games," says Florian Reuter, Volocopter CEO. "The alliance of the Paris region, Groupe ADP, and RATP Groupe and their intent to bring electric air taxis to France is a stellar example of the collaborative approach we see to be the most successful for adding this exciting category of mobility to cities globally."

Urban Air Mobility (UAM) is also part of the infrastructure concept for the 2024 Summer Games in Paris. as part of the Paris Air Forum, the UAM pioneer flew its Volocopter 2X, an electric-powered vertical take-off (eVTOL) aircraft at Le Bourget Airport on Monday.

The remote-controlled flight lasted three minutes. It was the first public flight of an electric air taxi in France. This gave visitors a realistic picture of how an air taxi flies, looks and sounds. The Volocopter 2X flew a 500 meter route at a speed of up to 30 km/h and a height of 30 meters along the Le Bourget airfield. 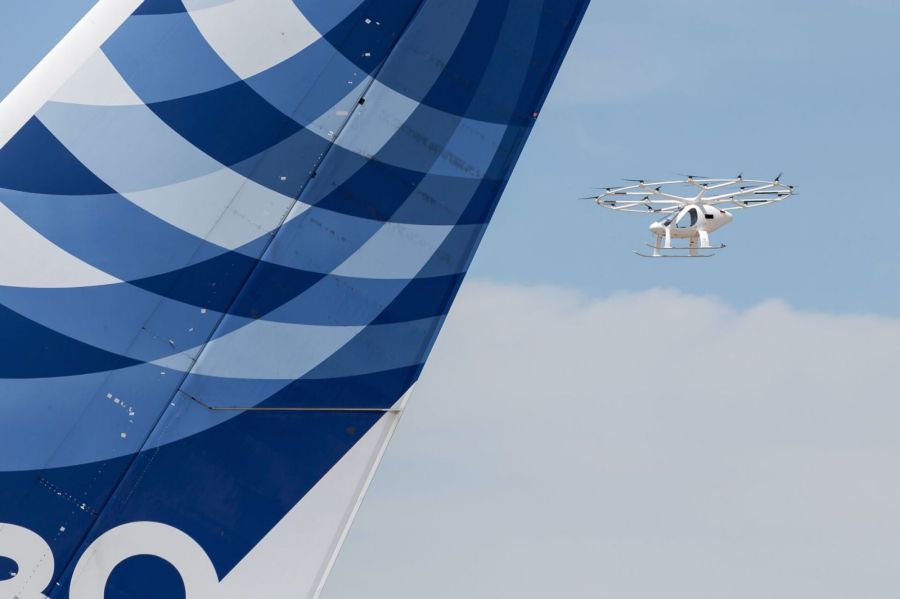 Volocopter was announced as the first eVTOL manufacturer and partner for the Paris Urban Air Mobility industrial initiative in September 2020.

"The structuring and development of a branch for Urban Air Mobility at the Pontoise - Cormeilles-en-Vexin airfield is in line with both the economic recovery plan initiated by Paris Region and the main approaches of the recent Paris Region COP 2020 conference. It is also in line with the priorities of the 2024 Olympic and Paralympic Games. Consequently, this event represents a unique opportunity to involve the entire aviation industry and to demonstrate Paris Region's unparalleled qualities as a reference region in the global Urban Air Mobility (UAM) market," said Valérie Pécresse, President of Paris Region, at the time.

Now Volocopter plans to build a team in Paris. This will strengthen partnerships on the ground so that the new UAM solutions meet local requirements. Volocopter is also working on a cooperation agreement with the airport operator Groupe ADP and the RATP Group to implement the first core concepts of Urban Air Mobility for the 2024 Olympic Games. The RATP Group is the world's fifth largest public transport company, carrying 12 million people every day in France.

"We are excited to work with them, the RATP Group and DGAC to achieve our goal of flights in the Paris region during the 2024 Olympics and to lay the foundation for a strong UAM industry ecosystem in France," said Edward Arkwright, Deputy CEO of GROUPE ADP.

Volocopter is well advanced in the certification process with the European Aviation Safety Agency (EASA) for commercial launch. As the first and only eVTOL company recognized by EASA as a Design Organisation, Volocopter is preparing for the introduction of sustainable UAM solutions in cities worldwide.