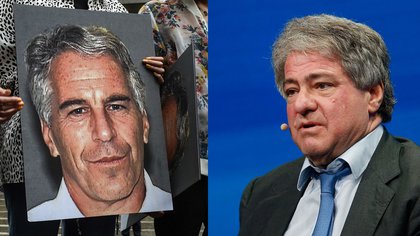 That threatens to hamstring the money manager’s fundraising efforts, with some clients pausing their dealings until they know the outcome of the review law firm Dechert.

“We understand that Dechert completed its fact-gathering work at the end of the year -- as we had expected -- and they are preparing a report for the conflicts committee, which we anticipate will be released soon,” an Apollo spokesperson said in an emailed statement.

Black’s links with Epstein posed one of the biggest challenges of his legendary career. It has weighed on his company’s stock and imperiled fundraising efforts. While Black deflected concerns when they first surfaced in 2019, Apollo came under renewed scrutiny after an October New York Times report that said Black had wired at least $50 million to Epstein after his 2008 conviction for soliciting prostitution from a teenage girl.

While Black wasn’t accused of breaking the law, some big investors, including Pennsylvania Public School Employees’ Retirement System and the state of Connecticut, responded by holding off on making new commitments to the firm until they got some answers. It’s a cloud that still hangs over the business.

“As long as the investigation results are unknown, some large LPs are going to stay on the sidelines,” said Bloomberg Intelligence analyst Paul Gulberg.

Black, 69, has repeatedly said he regrets doing business with Epstein and that there’s “substantial documentary support” for the services provided, including advice on estate planning, taxes, philanthropy and the structuring of art entities. Still, some public pension plans needed more assurance and have pressed Apollo for information for more than a year.

Apollo said in October that it expected fundraising to slow after taking in $4 billion during the third quarter. The New York-based firm is scheduled to report fourth-quarter results on Feb. 3.

It plans to start raising its next flagship buyout fund in 2022, according to a person familiar with the matter. Its most recent buyout fund was about 40% committed at the end of September.

Apollo is also seeking to drum up interest from investors for its first-ever impact-investing fund, people familiar with the matter said, and is raising money for real estate, distressed-credit and infrastructure strategies.

Executives have told analysts that the firm can weather any fundraising woes. Even if Apollo fails to raise any money this year, revenue would still increase by 7% to 9%, Black said at a December investor conference. Apollo has increasingly relied on permanent capital, which accounted for 60% of the firm’s $433.1 billion of assets at the end of September.

Shares of Apollo dropped 4.6% in the past year through Wednesday, lagging behind some of its biggest peers in private equity. KKR & Co. climbed 33%, Blackstone Group Inc. rose 7.3% and Carlyle Group gained 3.7% in that span.