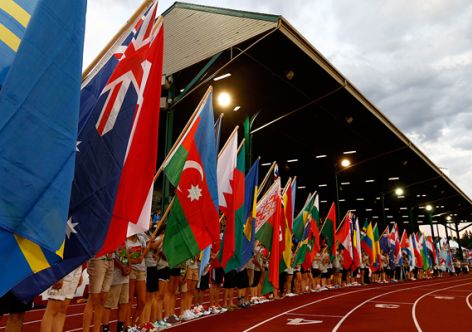 (ATR) Five cities remain in the race to host IAAF championships in 2016 in an accelerated bidding process due to the suspension of the All-Russian Athletics Federation.

Bydgoszcz, Poland is the only city left in the running for the World U20 (Junior) Championships scheduled for July. Bydgoszcz successfully staged the World Cross Country Championships in 2013.

Russian cities Cheboksary and Kazan were originally scheduled to host the events but can no longer stage the tournaments as a result of the country’s doping violations exposed by WADA in November.

The IAAF opened the bidding process on Dec. 3 and received seven letters of interest for the two events. Perth, Australia and an unnamed city in India were the only two cities eliminated as potential hosts of the junior championships by the IAAF on Dec. 28.

Interested cities participated in conference calls on Dec. 10 to answer questions from the IAAF and submitted official applications by Dec. 22.

The IAAF will review the five applicants until Jan. 6 with an electronic vote of the IAAF Council following on Jan. 7 to determine the two host cities.

The IAAF Taskforce responsible for overseeing the reinstatement efforts of ARAF will make its first visit to Moscow Jan. 10-11.

The date for the first visit was established Dec. 22 at a meeting in Brussels between the independent chairman of the Taskforce Rune Anderson and the chairperson of the Russian Olympic Committee’s Coordination Commission for reinstatement Gennady Aleshin.

The IAAF established the reinstatement conditions for the ARAF on Dec. 11. ARAF was suspended by the IAAF in November following an Independent Commission report from WADA that claimed systemic doping practices within the ARAF. The suspension prevents Russian track and field athletes from competing in international competitions.

The Taskforce will determine if the ARAF meets all of the criteria and is ready for reinstatement. The ARAF hopes to satisfy all criteria before the Rio 2016 Olympics next August to allow its athletes to compete in the Games.

"[The] meeting marked the formal beginning of our work to confirm Russia’s commitment to the verification process," said Andersen.

20 Years at #1: Your best source of news about the Olympics is AroundTheRings.com, for subscribersonly.