During the virtual Congress of the Union Internationale de Pentathlon Moderne (UIPM) last weekend, the inclusion of an obstacle challenge was approved as the fifth discipline, replacing the equestrian test. The decision is expected to attract young fans and thus the modern pentathlon will be reconsidered as an Olympic sport for Los Angeles 2028, since it is not included in the preliminary program. The leaders maintain that they are still on time and this signal will be key to reviewing their current exclusion.

The promoters of this decision explained that it was necessary to make modern pentathlon a more “accessible” sport to all countries -especially to Africans- and end with scenes such as that of German coach Kim Raisner hitting a horse in Tokyo 2020 during the women’s competition, a behavior for which she was expelled from the Games.

In addition, it is important to mention the IOC’s desire to keep evolving constantly and get closer to Generation Z, which led to historic decisions within Olympism to include urban and youth sports, such as breaking, surfing or the 3x3 version of basketball. The obstacle test is a test along that line, fast, that lasts just over 20 seconds, and that seeks to be attractive for television.

Congress also agreed on regulatory amendments so that obstacles will be introduced starting next year in the U22, U19 and U17 World Championships, as well as in continental tournaments. So far, only a few official rehearsals have been held at World Cups.

The decision of the UIPM, which has been chaired by German Klaus Schormann since 1993, caused a great division in the modern pentathlon community. Although the results of the vote were overwhelming (69 votes in favor, 11 against and three abstentions), the dispute reached such a point that a group of pentathletes led by the last Olympic champion Joe Choong and the three-time Olympian Alex Watson decided to send a request to the sports director of the IOC, Kit McConnell, and the head of the Committee on Athletes, Emma Terho, to ask that athletes will be taken into account. The motion was supported by 54 pentathletes and former pentathletes and had as its main point the request for the formation of a committee focused on athletes, focusing on reforming the modern pentathlon without affecting the integrity of its five tests. In addition, they complained about the democratic limitations of voting on such a modification at a virtual congress. 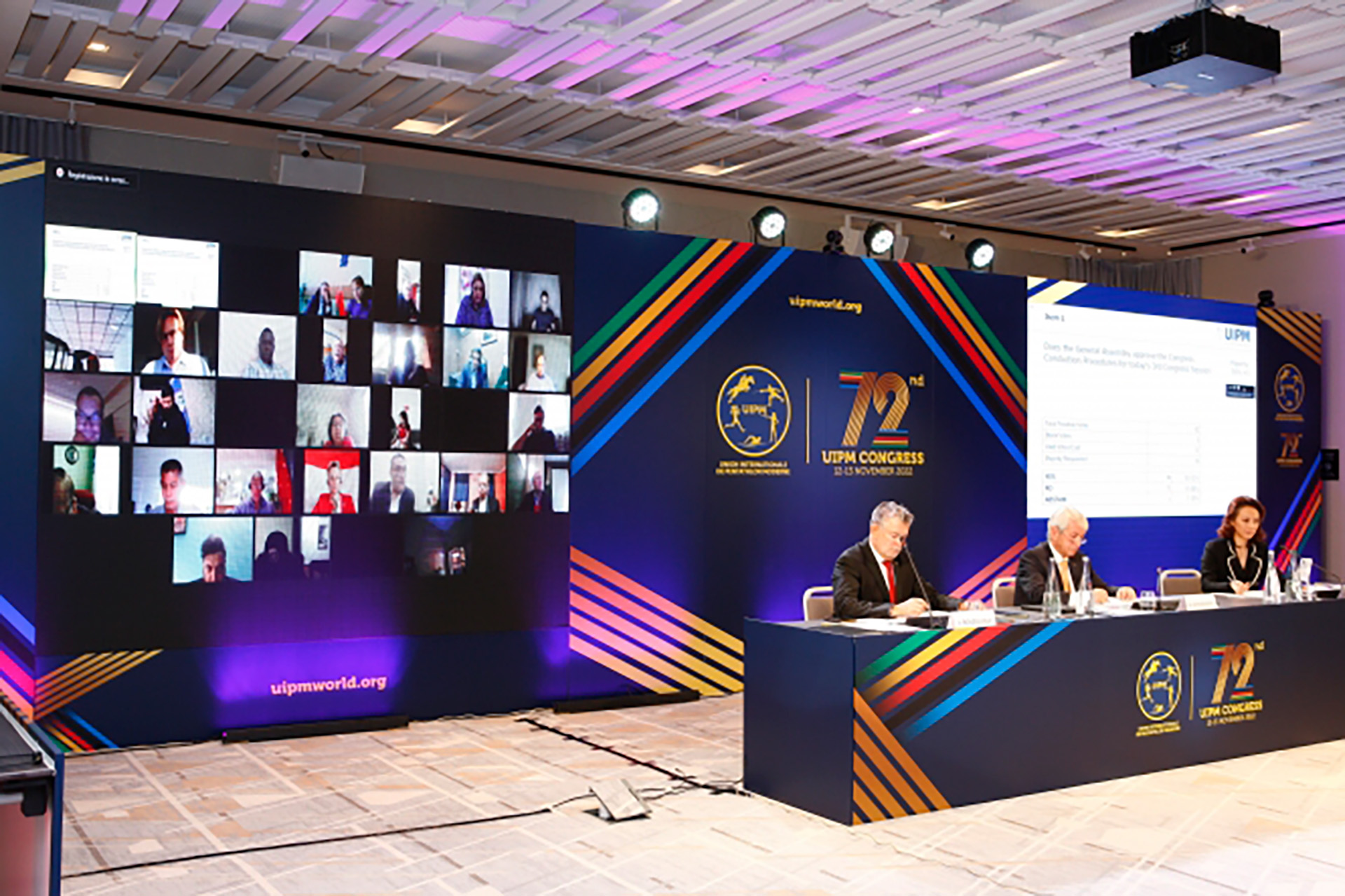 The fact is that the decision has now been taken and with this gesture the UIPM expects the IOC Technical Committee to give its approval when it meets in December and, finally, in March, they will be reintegrated into the Olympic program of the Los Angeles 2028 Games.