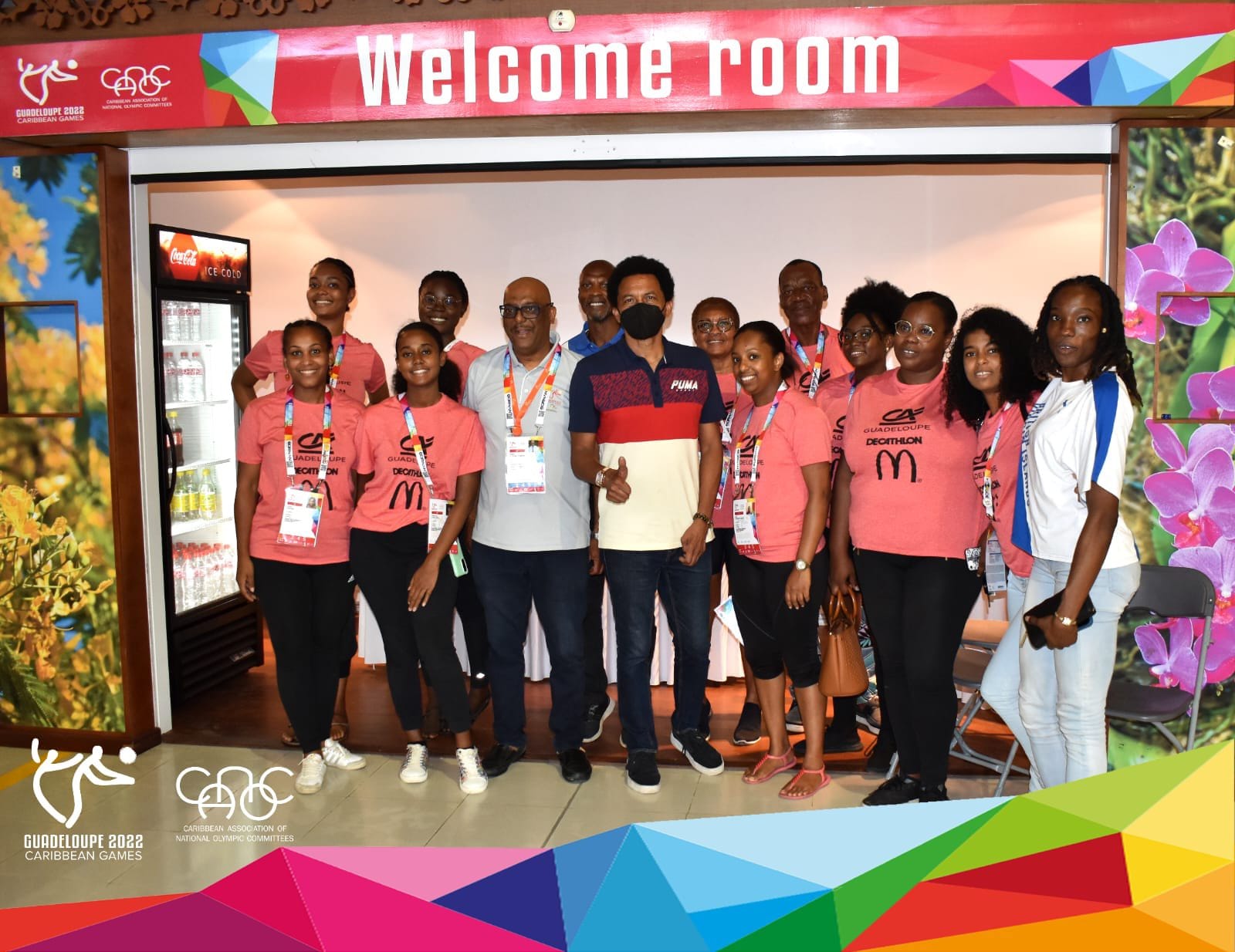 In just a few hours, the first edition of the Caribbean Games will open in Guadeloupe. Athletes from 30 countries and territories will gather at the Stade René Serge Nabajoth for what promises to be an historic occasion.

Lewis may have experienced a loss of words to describe the moment itself, but the Caribbean sports official was intimately cognizant of the effort it took to reach this day.

“This has been a journey of so many miles, overcoming so many obstacles and challenges,” decried Lewis. “Against all odds, the Caribbean Olympic Movement has united to use our strength of our unity.” 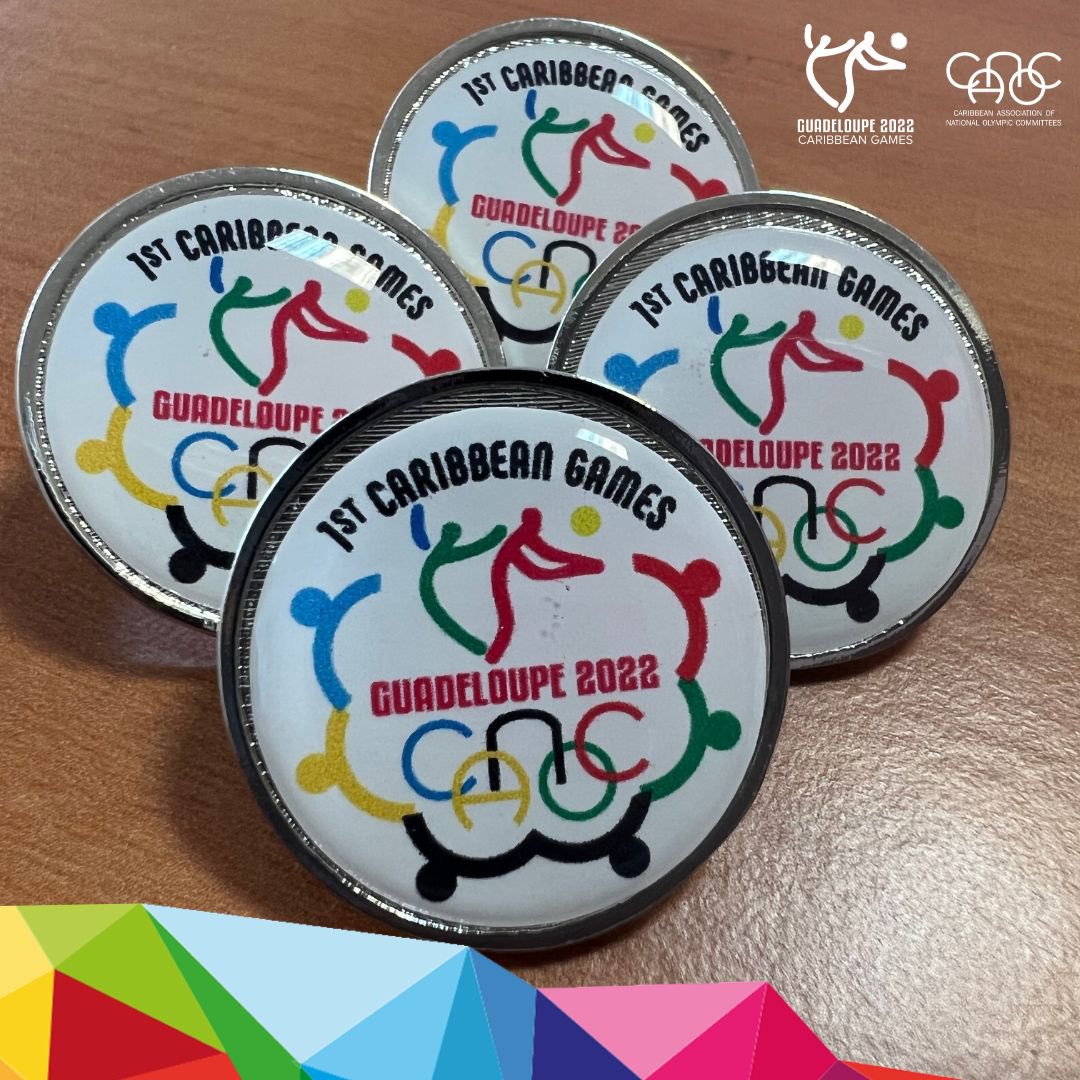 Commemorative pins made for the 2022 Caribbean Games. Photo Credit: CANOC

“Whether we are Spanish, Dutch, French, or English speaking, the unwavering, indomitable will that the collective has shown to make this moment happen sends a clear and loud statement of intent, inspiration, and motivation to the youth and young people of the Caribbean,” said Lewis.

It’s a statement that for so long seemed unlikely to be delivered.

The first edition of the Caribbean Games was originally planned for 2009 in Trinidad and Tobago. However, an outbreak of the H1N1 virus forced the cancellation of the event mere weeks before the opening ceremony.

Organizers surely got a sense of déjà vu when COVID-19 forced the postponement of the revived event to 2022.

In his statement to Around the Rings, Lewis defiantly stated, “we have overcome the devastation and debilitation of the Covid-19 pandemic.”

With the improvement of the epidemiological situation, organizers looked ready to stage the Caribbean Games at long last. Then, came the unexpected announcement with 50 days to go. 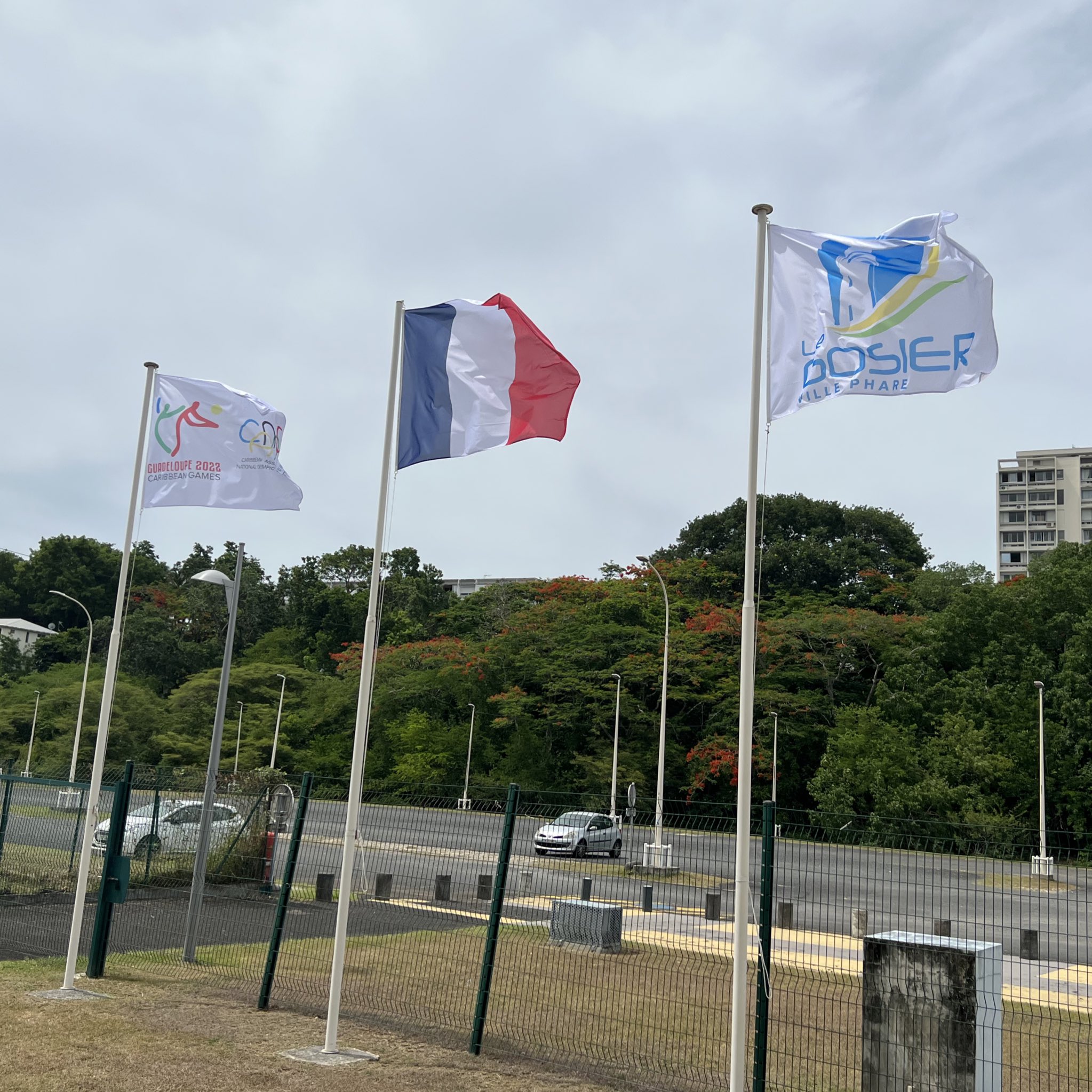 Flags fly ahead of the 2022 Caribbean Games. Photo Credit: CANOC

It was an unfortunate blow to organizers, but importantly the event could still go ahead.

Recovering from his earlier state of speechlessness, Lewis finally found the words to describe this special moment in the history of Caribbean sports.

“It’s massive, it’s awesome, and it is immense.”