International Olympic Committee (IOC) President Thomas Bach made a trip to Budapest, Hungary over the weekend to attend the FINA World Aquatics Championships. While there, Bach addressed and congratulated FINA on the progress made by the organization in varying areas of water sports. Those areas included athlete representation, the independence of its doping program and gender equality.

Earlier in the weekend, FINA banned transgender females from competing in FINA sanctioned events if they had gone through any stage of male puberty. With that, FINA said they will work toward an “open” category in which those athletes can perform. Bach had emphasized the continued need to adapt in sport and his congratulatory speech may have been spoken to FINA, but it is a wonder if he was taking a dig at boxing and other sports for not trying to innovate and adapt when it comes to some of those same issues FINA has addressed. 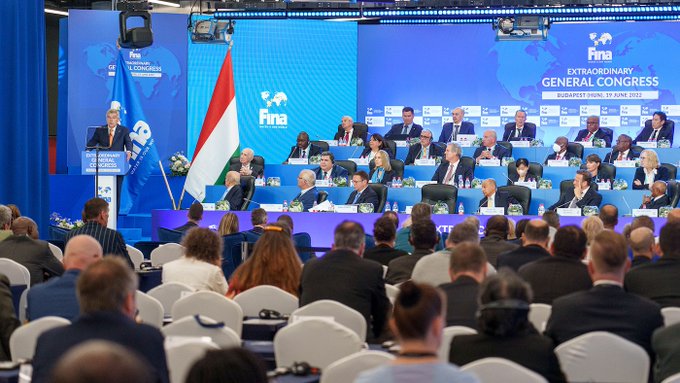 Bach’s recognition of these changes within FINA, as well as FINA’s decision to create an “open” category, may help other organizations work toward a truly inclusive athletics world. In 2008 when Caster Semenya burst onto the running scene from South Africa, nobody knew how to categorize an intersex athlete. Sadly, it has taken a long time for changes to have been made in regard to transgender and intersex athletes, but with the seal of approval from the IOC President, there is hope that inclusion will happen in every sport represented at the Olympics.

Bach stated, “What was true when we started with Olympic Agenda 2020 is still true today, when we are implementing Olympic Agenda 2020+5. It means change or be changed. If we do not change in the world of sport, if we do not adapt to the new life, post-pandemic and hopefully soon post-war in Europe – and even more, hopefully post-war all over the world – if we do not take the right decisions now, if we are not proactive in this respect, then sports and each sport will lose a lot of relevance in society, and this is something we have to take as an encouragement. Like with every crisis, we have to see it as an opportunity.”

In addition to Bach applauding the strides FINA has been making, he also took time to congratulate Hungary on how far the country has come in the sports world. The country has been, and will be, host to several international championships recently and in the years to come. The fact that Hungary only had four short months to prepare for the Championships shows their ability to host events in the future should never be questioned. 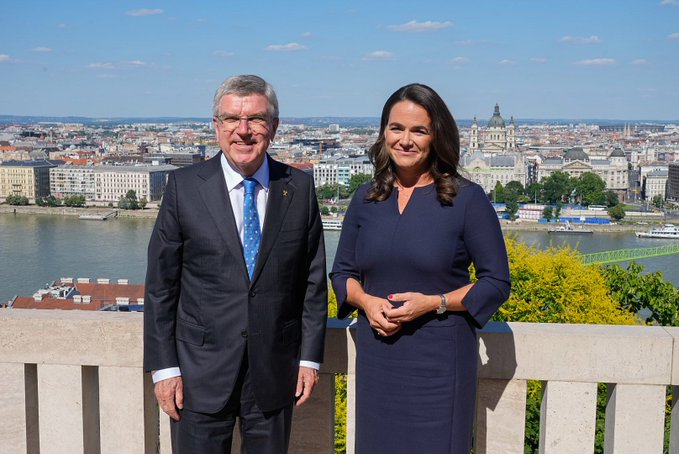 Bach rounded out his day by visiting with some of the athletes including Kamila Isaieva and Andrii Govorov from Ukraine. The IOC has led a movement to support athletes from Ukraine amidst the invasion of Russia to allow them to continue to train and compete. The two Ukrainian athletes were able to share with Bach the benefits of the solidarity fund that has allowed them, and many other Ukrainian athletes, to continue to compete amidst the unrest in their home country.

Bach said, “Budapest is a beautiful, sports-loving city, as is the country as a whole. Walking about here, you’re surrounded by history, but when you go to a sporting event, you see the future.” Perhaps Bach’s comments in the last few days is exactly what the world needs to hear to find progress both in sports and in humanity.