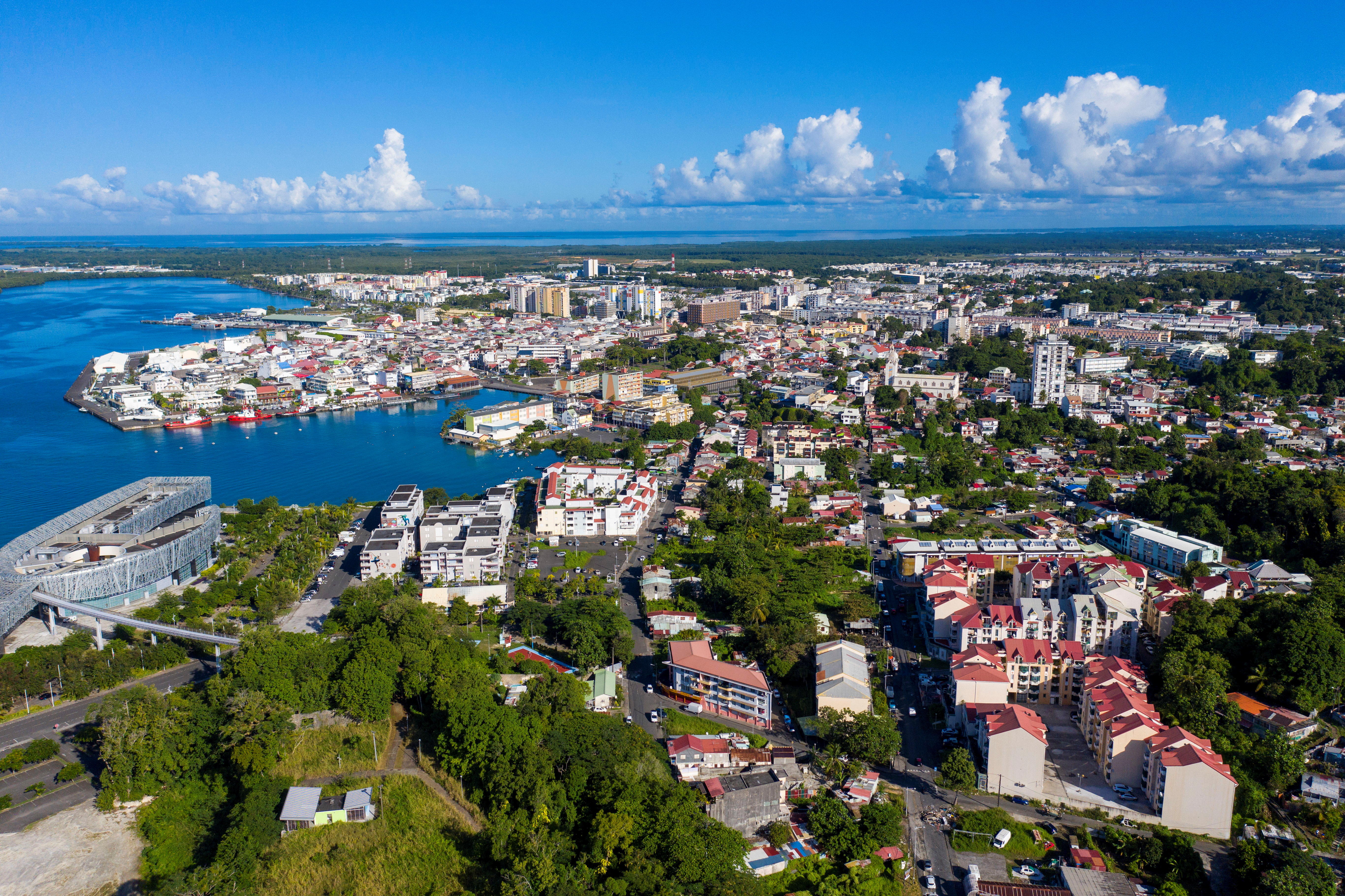 An aerial view of Pointe-a-Pitre downtown after violent demonstrations which broke out over COVID-19 protocols, in Pointe-a-Pitre, Guadeloupe, November 22, 2021. REUTERS/Ricardo Arduengo

The international sporting world’s attention may be on China in anticipation of the upcoming Winter Olympics, but preparations are also well underway in Guadeloupe, where a diligent local organizing committee is preparing to leave a big mark on Caribbean sports.

The French overseas region is set to host the inaugural edition of the Caribbean Games in 2022. The event is designed to bring together the members of the Caribbean Association of National Olympic Committees (CANOC), and to aid in the development of sport around the region.

Guadeloupe 2022 represents the second effort to establish the Caribbean Games. An inaugural edition of the multi-sports event was planned for Trinidad and Tobago in 2009, however, an outbreak of influenza A shortly before the event ultimately scuttled those plans.

Nonetheless, despite the current global epidemiological situation in regards to COVID-19, CANOC President Brian Lewis stated his organization remains determined to see the infant multi-sports games through, prefacing his comments on the matter with the caveat, “in the COVID-19 environment, the only certainty is that uncertainty.” 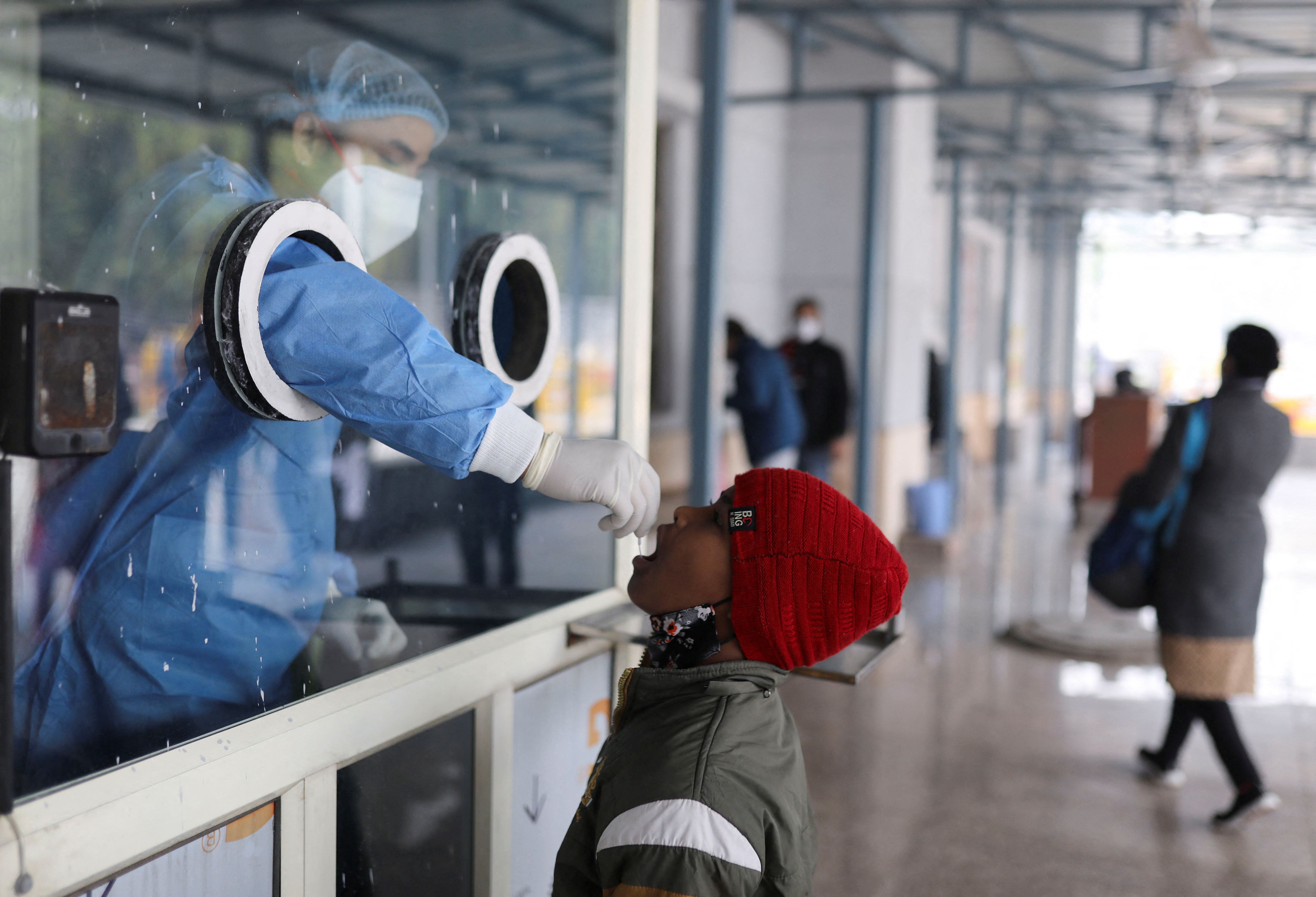 A healthcare worker collects a test swab sample from a child amidst the spread of the coronavirus disease (COVID-19), at a testing centre inside a hospital in New Delhi, India, January 14, 2022. REUTERS/Anushree Fadnavis

Julien Chipotel, Director of the 2022 Caribbean Games, told Around the Rings, “we are still working for the Games to be happening at the end of June [2022].”

“Of course there have been some challenges. The social context in Guadeloupe is not easy. The health context, worldwide, is not easy. So far there hasn’t been anything [to indicate] that the Games would not go as planned”

Lewis summed up the challenges faced by CANOC and local organizers, saying, “there have never been a multi-sport games that hasn’t had its ups and downs. It’s just the reality of the complexity of any multi-sports event, no matter how small or emblematic it may be.” 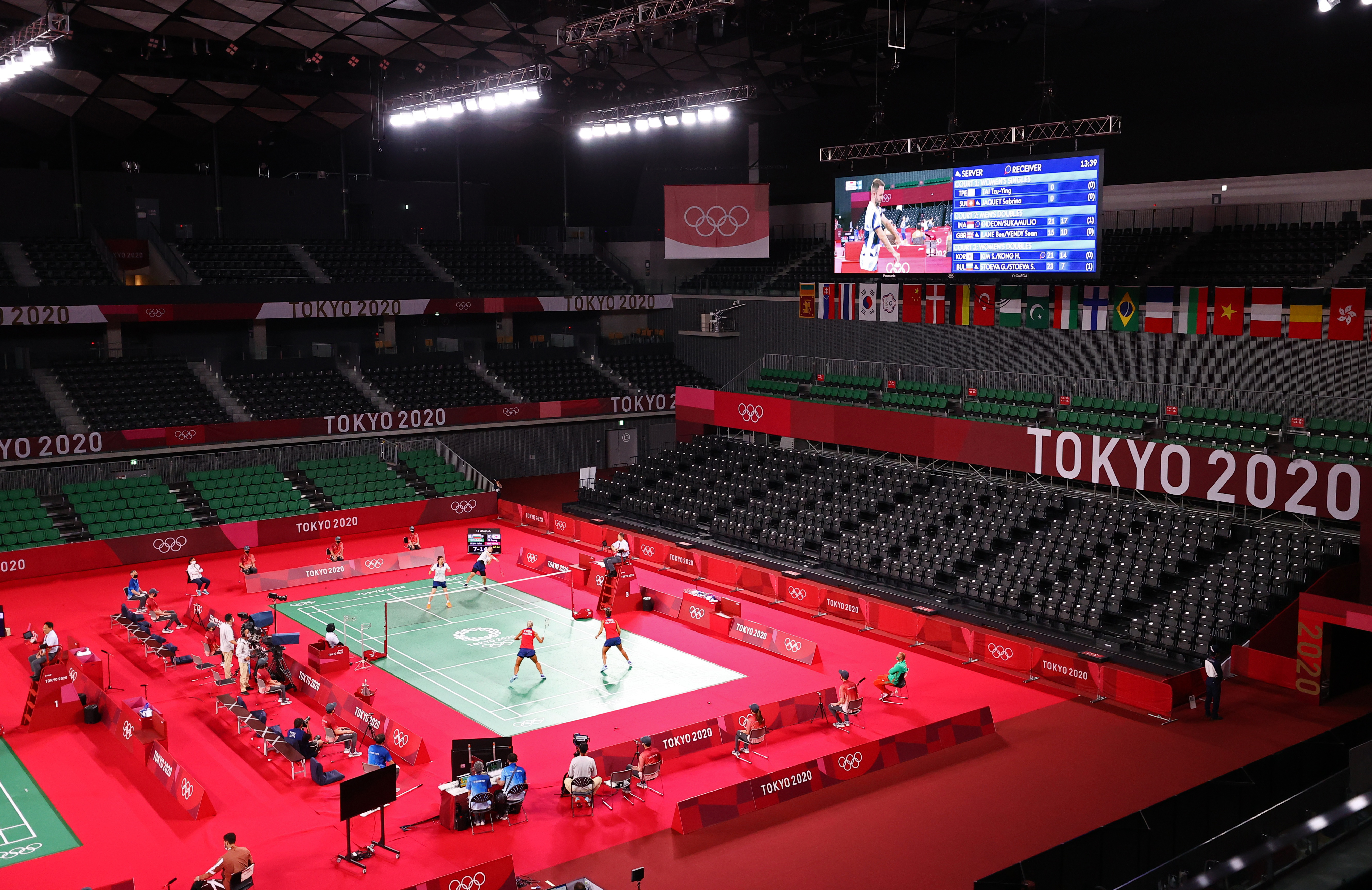 For the local organizing committee and CANOC, work on the regional sporting event continues to take place as a series of technical meetings and site visits were held in Guadeloupe this week to prepare for the Games.

Lewis characterized the meetings as “crucial,” stating, “that meeting next week is going to be crucial, in terms of clarifying exactly what everyone must do, not have to do anymore, must do.”

He continued, “we need to send some clear signals and messages to the CANOC community that the Games are in [good] hands and being well organized.”

“In particular to issues related to COVID-19, it is probably the most important element now going forward, of any [multi-sports] games in the current environment, that we will be affirming the bubble concept. We are formally along the road now where, as was done with the Junior Pan American Games, these Games are going to require mandatory vaccination.”

Adding, “I know there may be different feelings and views about it, but as we will have seen from the Cali experience, mandatory vaccination is a very important tool in risk mitigation, along with all the other COVID-19 countermeasures.” 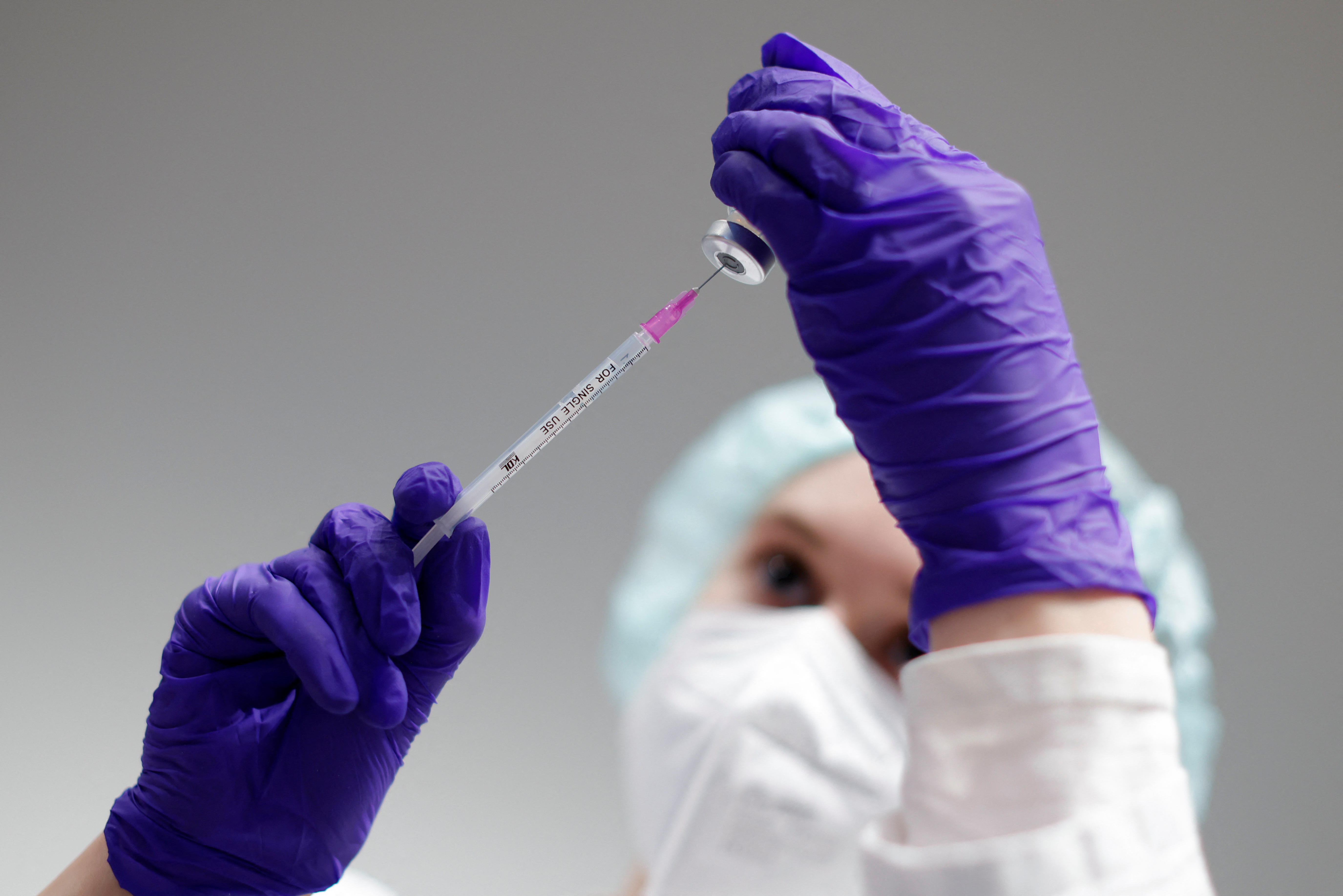 A nurse prepares a shot of Pfizer-BioNTech coronavirus disease (COVID-19) vaccine at the vaccination centre in the Humboldt Forum in Berlin, Germany January 19, 2022. REUTERS/Michele Tantussi

On the topic of mandatory vaccination, Lewis clarified, “it’s subject to confirmation, but certainly from where I sit, I think it is going to be a necessary part of the tool kit.”

The meetings this week were also crucial in terms of shoring up support for the Caribbean Games. Lewis stated, “my expectation, clear and unambiguous, is that Panam Sports will support the Caribbean Games,” adding, “I also expect and anticipate that CANOC member countries will give it full support.”

He explained, “it is very important that we embrace our thing, our Caribbean Games.”

“We have to respect the commitment, dedication, determination, and effort that Guadeloupe are putting out and that Julien and the organizing committee are putting out. I expect all hands on-board and full support from all the CANOC member countries.” 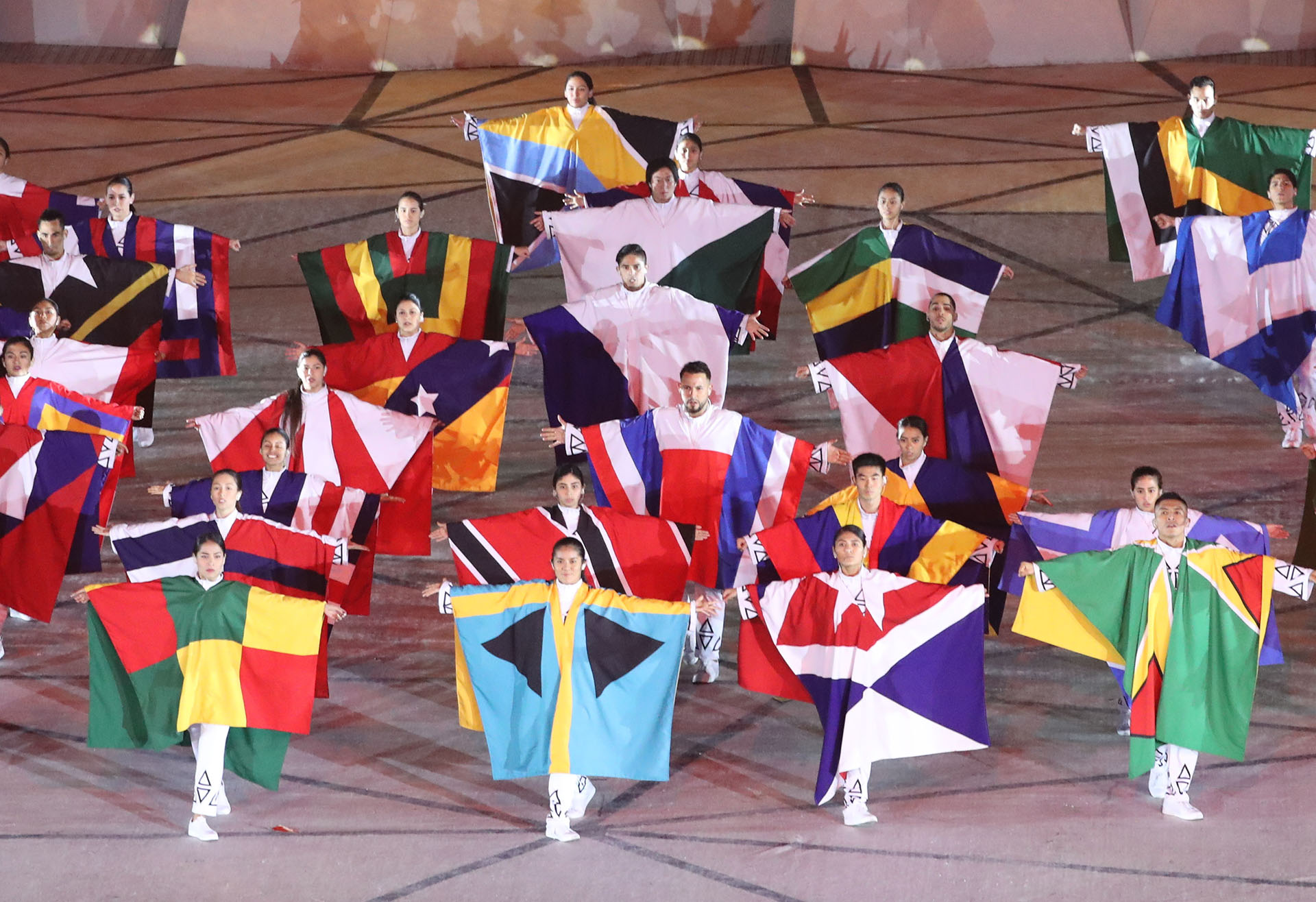 Chipotel also stated his belief that he expects some budgeting help towards the Caribbean Games from Panam Sports. Any sort of budgeting support from Panam Sports would likely be welcomed as the organizing committee have faced a reduced budget since the start of the COVID-19 pandemic.

The Guadeloupean director of the Games explained that the COVID-19 pandemic gave the organizing committee a chance to review the budget and eliminate non-essential costs. An emphasis was placed on the value provided to athletes. Accommodation and the organization of competitions now constitute the largest proportions of the budget.

He finished his explanation of the budget reduction by stating, “we are in a good position in terms of budget.”

Chipotel was also asked to explain the selection of sports on offer at the Games due to the event’s small, but unique collection of Olympic and non-Olympic sports. He said the Olympic staples of athletics and aquatics were natural and mandatory inclusions on the sports program. 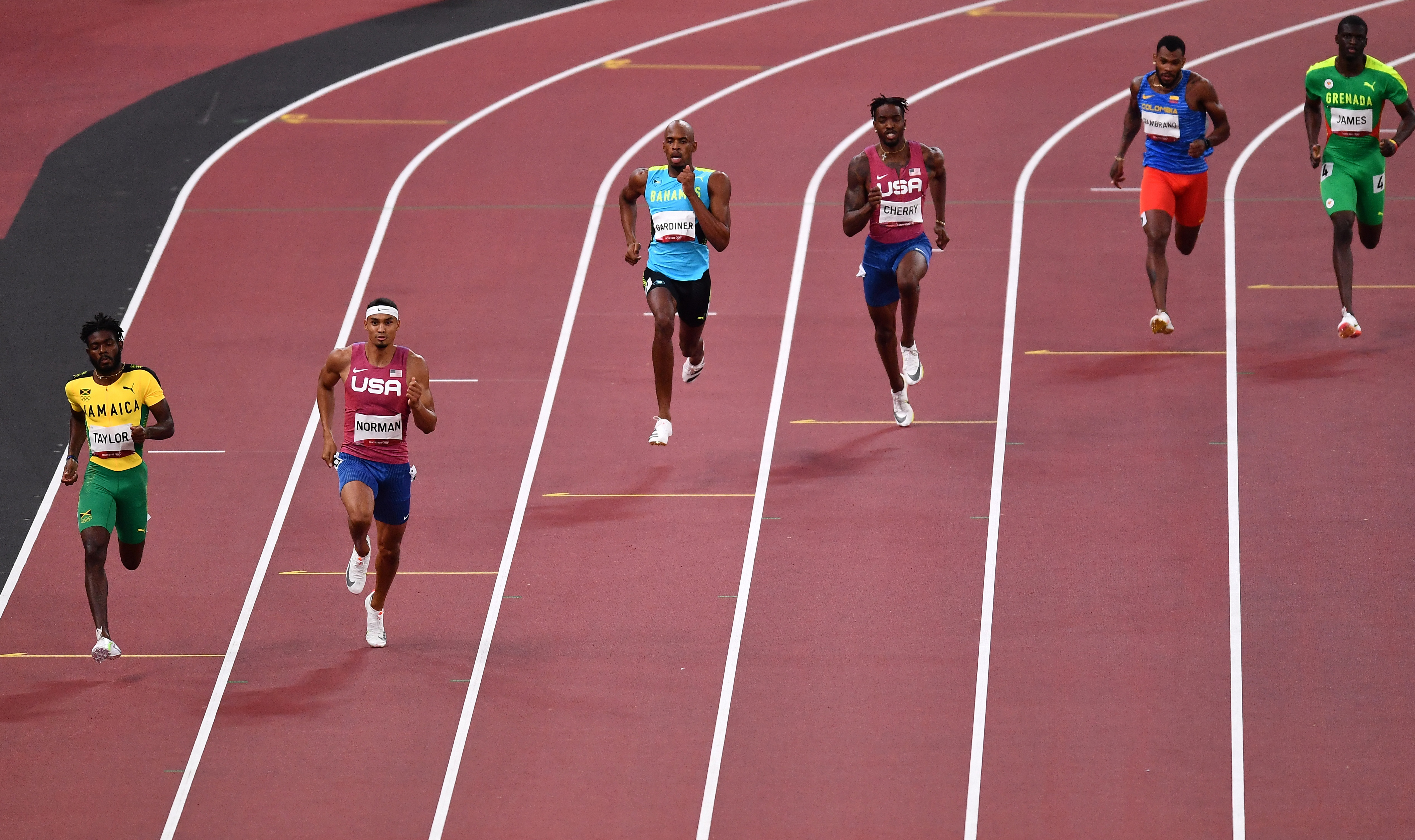 He stated the organizing committee had included netball on the program because CANOC had labeled it a mandatory sport, but the host territory had made some strides in the sport, establishing a national federation with teams at different age levels.

Cycling was added due to its popularity in Guadeloupe. The Tour of Guadeloupe features prominently on the territory’s sporting calendar each year, the Guadeloupean explained. The inclusion of judo was also obvious due to the sports popularity on the island, which serves as the homeland of French judo giant, Teddy Riner.

Finally, Futsal and Basketball 3x3 were chosen for their popularity, and reduced quota requirements.

The work put into organizing the Caribbean Games by the local organizing committee and CANOC seems to have reaped early rewards as there’s been a reported overflow of interest in the Games.

Entries for the 2022 Caribbean Games are capped at 878 athletes and officials, but initial interest through pre-registrations has already passed the one thousand mark.

It remains to be seen if the Caribbean Games will be organized to fruition later this year, perhaps Brian Lewis’s words on the matter will turn out to be the most true; “where there is a will, there is a way.”