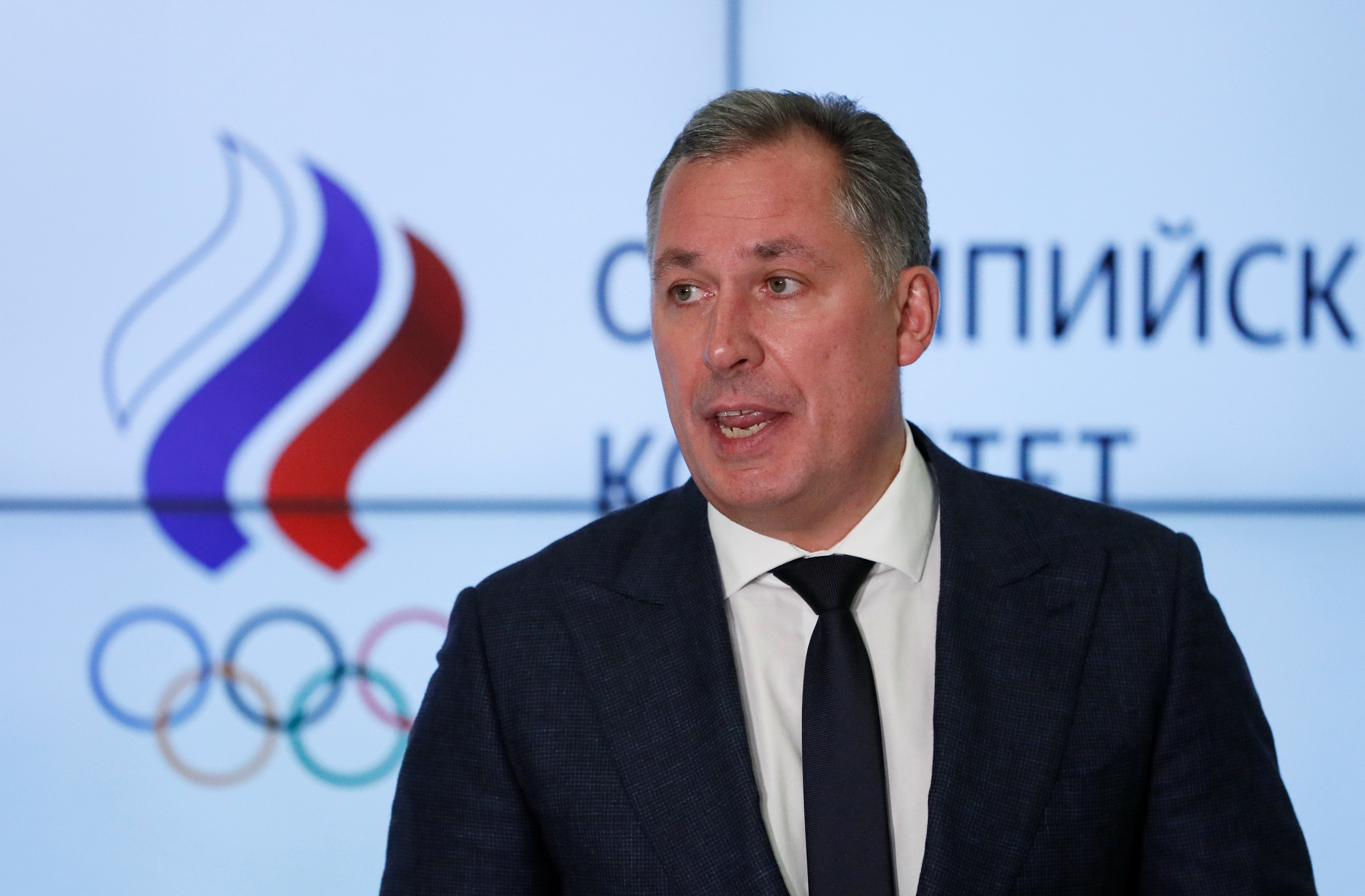 President of the Olympic Committee of Russia Stanislav Pozdnyakov speaks during a news conference in Moscow, Russia December 9, 2019. REUTERS/Shamil Zhumatov

Russian Olympic Committee (ROC) President Stanislav Pozdnyakov has talked up the Olympic hosting capabilities of the Russian Federation. He told Russian state news agency, TASS, that Moscow should expect to host the Olympic Games in the near future.

Speaking to TASS, Pozdnyakov stated, “it is necessary to expect this. To date, the approach of the International Olympic Committee (IOC) to the formation of certain applications has altered.”

“The colleagues are moving forward with reducing the associated costs of the Games. Firstly, applications will be submitted where the infrastructure necessary for the Games already exists, in this regard, Russia is one of the priority areas.”

He continued, “over the past 10-20 years, our country has moved much further in increasing the quantity and quality of sports infrastructure for almost all sports.

“Although there are a number of disciplines where problems remain, but this is rather an exception to the rule.”

“In the 1990s, we had a base in Novogorsk and half-destroyed in the Lake Krugloe, and now there are construction projects everywhere.” 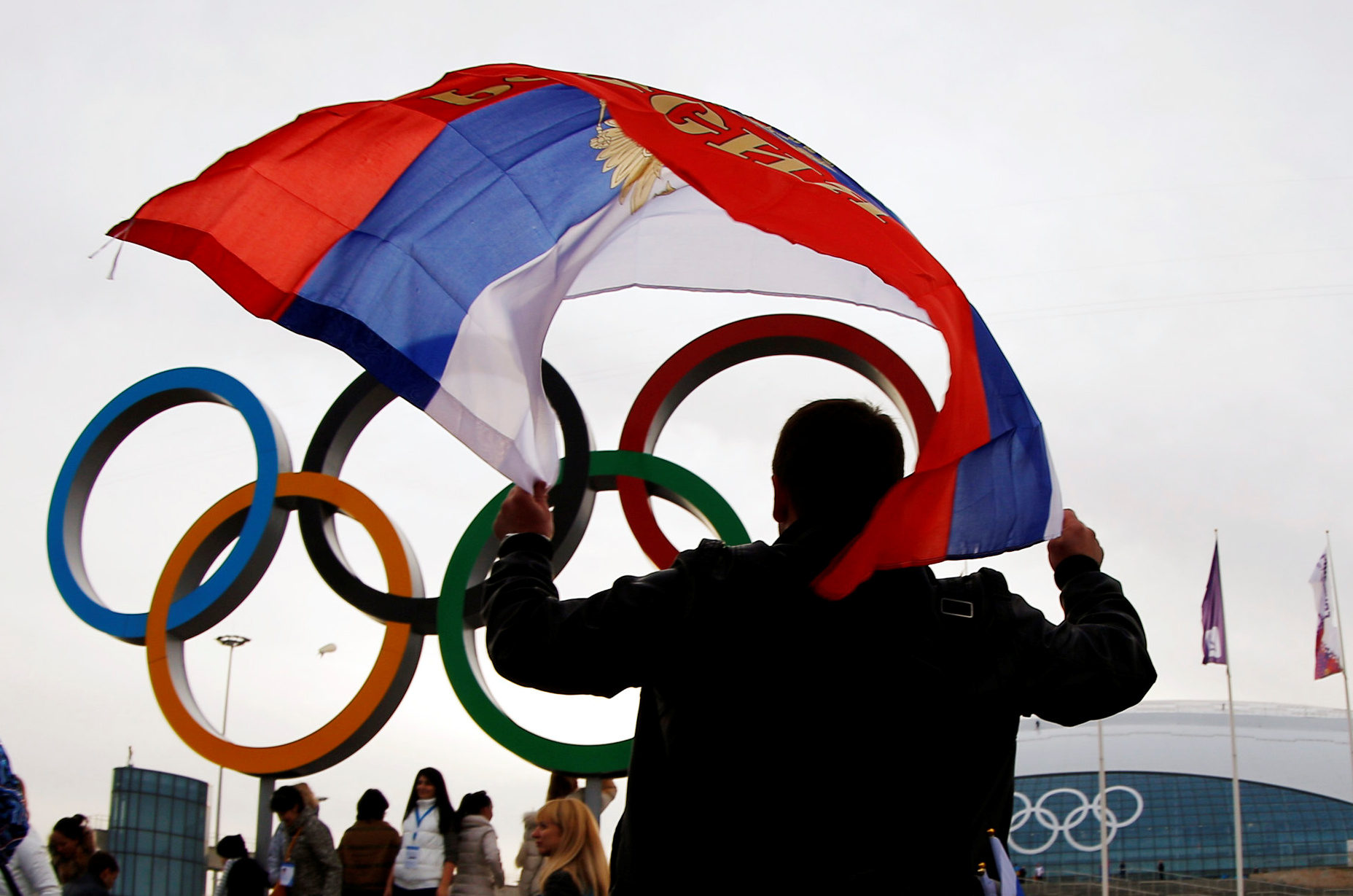 FILE PHOTO: A man carries the Russian flag past the Olympic rings at the Olympic Park during the 2014 Sochi Winter Olympics February 22, 2014. World Anti-Doping Agency has banned on December 9, 2019 Russian athletes from all major sporting events in the next four years. REUTERS/Brian Snyder/File Photo

The Sochi 2014 Winter Olympics in particular have defined much of Russia’s current Olympic legacy. The massive price tag of the 2014 Winter Olympics has haunted the Olympic bidding process for the last few cycles. It is widely regarded to have influenced the IOC’s efforts to drive down the cost associated with the Olympic Games, after a lack of interested host cities.

In fact, as part of the sanctions levied against the Russian Federation by the World Anti-Doping Agency (WADA) in response to that state sponsored doping program, Russia is currently banned from bidding for major sporting events like the Olympic Games until the end of 2022. 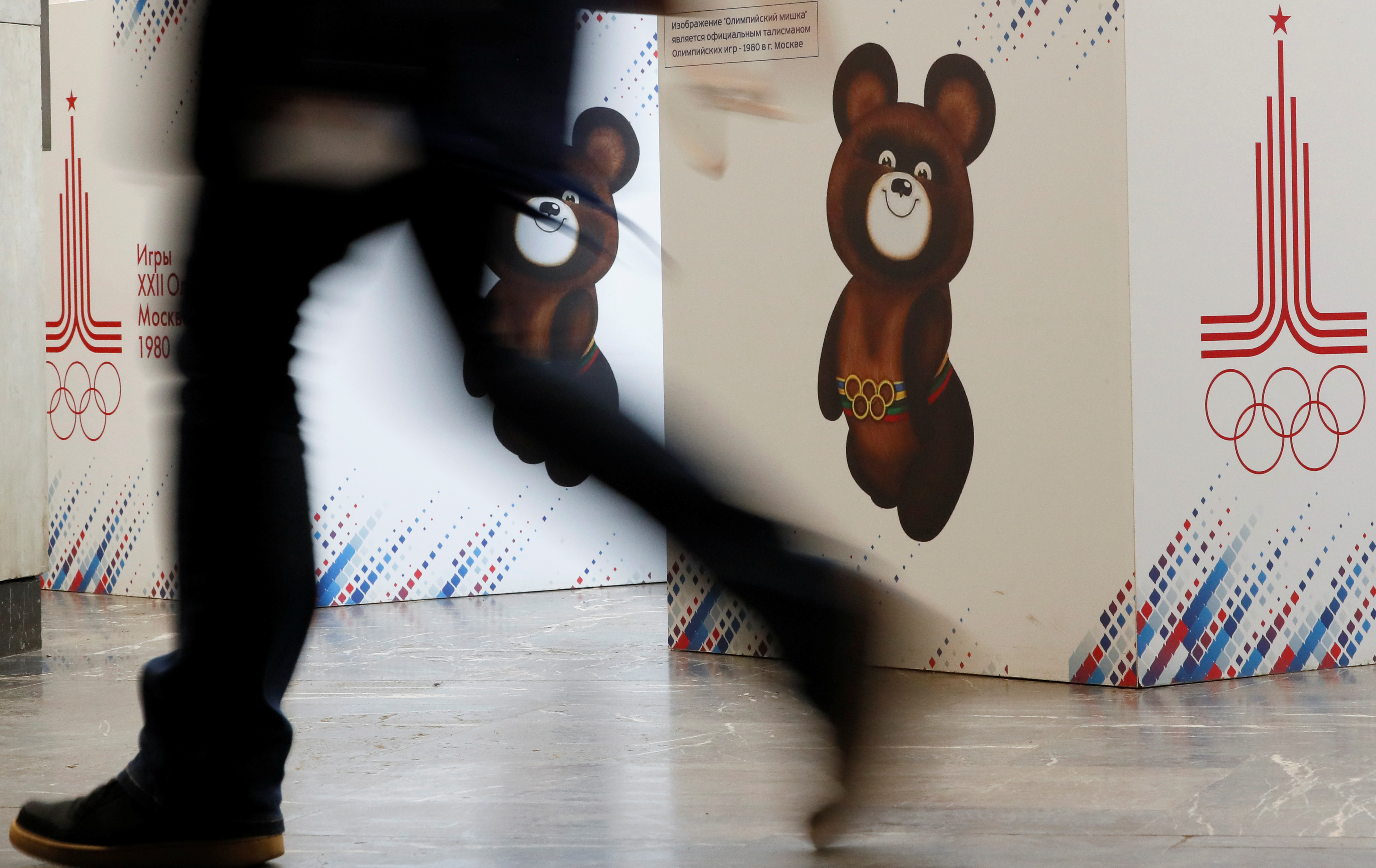 A visitor walks past an exposition displaying images of Misha the Bear, the mascot of the 1980 Olympic Games, inside the headquarters of the Russian Olympic Committee in Moscow, Russia December 9, 2019. REUTERS/Shamil Zhumatov

Despite the fallout from their state sponsored doping program, Russia has hosted many major international sporting events over the last decade.

With a record as strong as that, the odds of Russia landing an Olympic bid in the future seem likely, though the Eurasian nation will have to overcome the legacy of its state sponsored doping program and a high cost Winter Olympics.