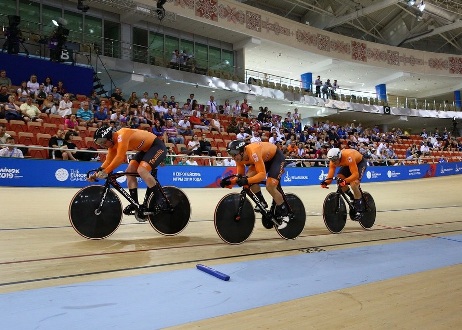 (ATR) The European Olympic Committees is moving forward with plans for its next edition of the European Games in Krakow, Poland, says Raffaele Pagnozzi, secretary general of the EOC.

Along with the European Games, he says work is progressing on the summer and winter European Youth Olympic Festivals coming up in Slovakia and Finland. All of this while Europe as well as the rest of the world deals with the repercussions of the coronavirus pandemic.

The EOC is also mourning the death of its president, Janez Kocijančič on June 1. Pagnozzi says the transition to a new president, Niels Nygaard from Denmark, it is going smoothly and according to the statutes of the EOC.

AroundTheRings · ATRadio: Checking in with the European Olympic Committees with Raffaelle Pagnozzi