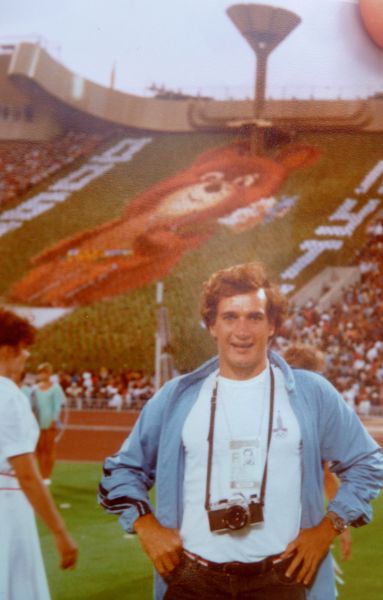 Four years later as a member of the Greek water polo team, hopes to compete at Montreal 1976 were shattered as team officials were unable to send players to a qualification tournament in Colombia due to financial issues.

"I thought that my dream would never come true – my dream as a Greek was to compete at the Olympic Games," Capralos tells Around the Rings.

His dreams were finally realized on a third attempt as Capralos represented Greece in water polo at the 1980 Moscow Games, despite a boycott involving 65 countries. He would compete for his country once again at Los Angeles 1984.

"Luckily, we made it and it was one of the most emotional moments of my sports career when we entered (the opening ceremony) in the Athletes Parade at both Games – Moscow and L.A.," he said.

Capralos is especially grateful considering thousands of his fellow athletes had their Olympic aspirations denied due to the political agendas of the era which resulted in consecutive boycotts.

"I’m really sorry for the athletes who did not make it to Moscow or Los Angeles because they put in the same effort as us and they were not able (to go), while we were.

"I’m sure that governments can find other ways if they want to resolve issues," Capralos said, asked about the impact of the boycotts. "I believe sport is not the platform to solve the issues of humanity."

The Future of the EOC

The same attributes that enabled Capralos to become a two-time Olympian, in addition to his experiences in 1980 and 1984, should serve him well as he leads the European Olympic Committees into a new era. 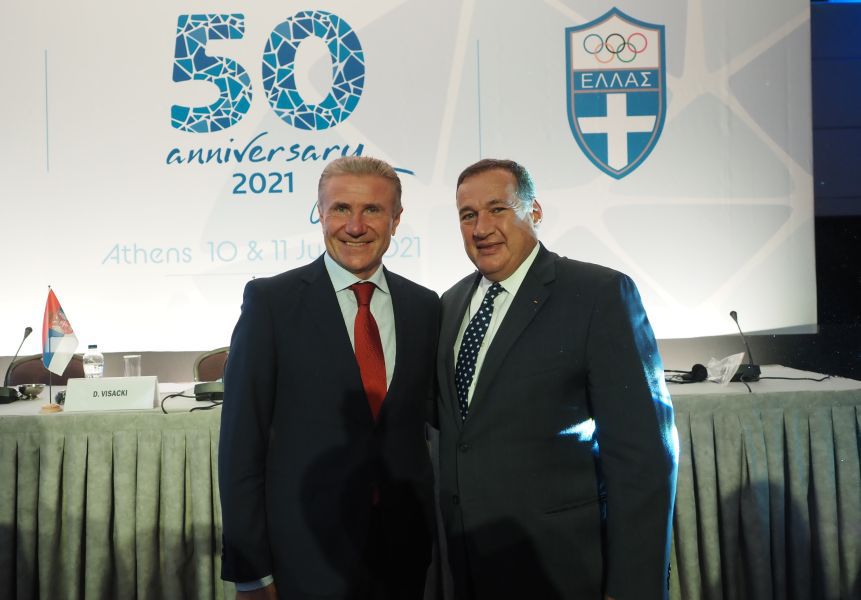 Capralos and Ukraine NOC president Sergey Bubka at the general assembly in Athens (EOC)Capralos, the president of the Hellenic Olympic Committee since 2009 and an IOC member since 2019, was elected as the ninth EOC president in Athens on June 10.

In eight months as the Olympic flame is extinguished at the Beijing 2022 Games, the Olympic movement’s focus will return to Europe, after three consecutive Games in Asia, with Paris 2024 and Milano-Cortina 2026 next in line.

"I think Europe is coming back to the picture big because we have all these events happening in Europe plus the election of the next IOC president in Greece in 2025 – we have our hands full," Capralos says.

"We’re very happy and excited that the Games are returning to Europe – to two of the most important countries in Europe in terms of sport and culture."

Capralos elaborated upon his vision and the lofty goals that he has set for the future of the EOC.

"EOC is going be an important body because EOC is developing new ideas, new technologies, and we’re aiming to improve our governance and transparency," says the new EOC president.

"We need to make sure that we are able to get as much funding as possible from new sources, not just from the (IOC) Solidarity Program, but also to take advantage of money from the European Union that is available for sport.

"We need to share our resources – seeing who is doing what in a good way – with all of the 50 European NOCs.

"Digital technology is the name of the Game and we need to promote Olympism through social media.

"We need to make sure that our Games are sustainable and to ensure this lasting success if we want to have more organizers and sports interested to get into the program." 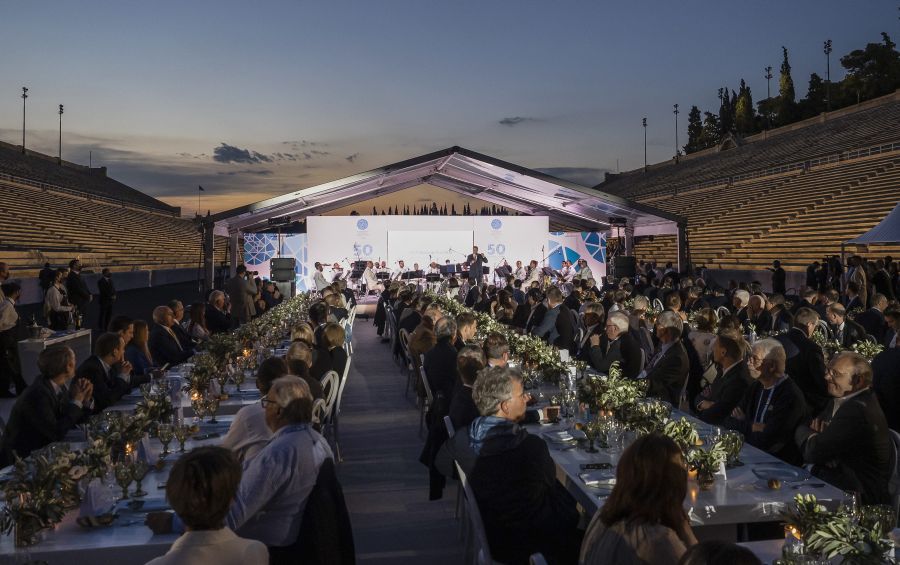 The EOC celebrated 50 years at its Gala Dinner at Panathenaic Stadium in Athens (EOC)The European NOCs celebrated their 50th Anniversary at last month’s General Assembly at which Capralos was elected. The Greeks sports executive says it is paramount for the EOC to fight to maintain its longstanding tradition.

"We need to preserve the European Sports Model," Capralos says. "This is our sports model with athletes, families, clubs, and federations spending a lot of money and investing in the athletes. Then, all of a sudden some business interest wants to take and steal all that, and it’s just for business purposes.

"It’s important that we maintain and defend this European sports model at all levels."

The roadmap for the future of the EOC, Strategic Agenda 2030, is expected to serve as an important tool for the continental association and its 50 members, once finalized.

"First, we need to understand where we currently are as an organization, what our National Olympic Committees need from us, and then determine what we can do better for them moving forward," Capralos said, of the process to pass the Strategic Agenda 2030 reforms. 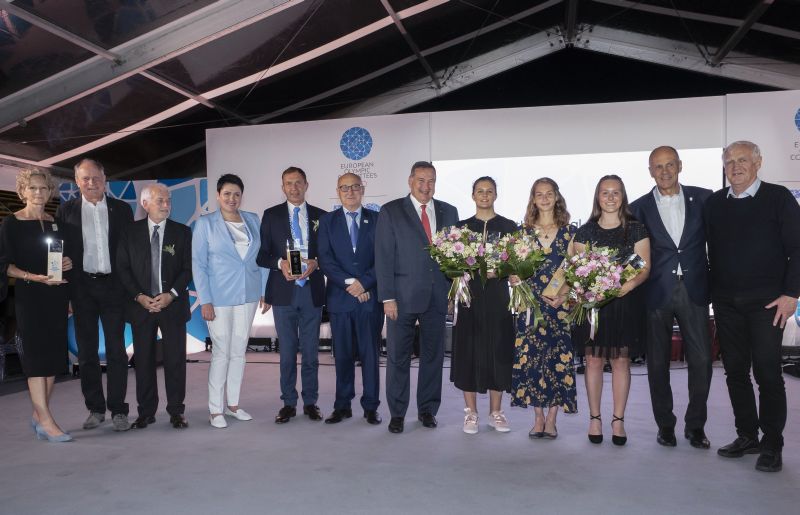 Capralos, fellow ExCo board members and award recipients in Athens (EOC)"Ten recommendations will serve as a useful tool for the newly elected ExCo to define the strategic plan. It can be a cornerstone for the strategic vision of the EOC," Visacki said. "The Second Phase is now on the shoulders of the new ExCo.

"It is very important that we finish the document by the end of the 2021 so we can start implementing next year."

Capralos informed that a questionnaire was sent to the 50 EOC members with a 100 percent response providing essential feedback. The EOC boss highlighted the myriad areas of interest and concern as conveyed in the responses.

"Some wanted better governance, some wanted to improve the quality of events we’re conducting, some think we should improve the operations in the head office in Rome and provide better services, some thought we need to improve in our communication path and some said we should help them obtain additional funding," Capralos elaborated.

Capralos noted that many of the ideas and concept behind Strategic Agenda 2030 is in line with the IOC’s Agenda 2020+5. He highlighted the importance of sustainability, gender equality and safeguarding the athletes.

The EOC boss admits that there is still work to be done and another meeting, in late November in Slovakia, will be a critical step toward ratifying Strategic Agenda 2030.

"Those ideas will also be recorded in the new recommendations – after that we’ll pass it to the Executive Board and then it will be the final tool to be used by the European Olympic Committees."

BEHIND THE SCENES: Djokovic’s loneliness and the threat to an immutable history that is not so immutable

“With more female role models, we hope to have more female referees in the United States,” said Kari Seitz, an iconic figure in world refereeing.

NBA great Yao Ming addressed a number of topics including COVID, Djokovic and Peng Shuai in a news conference to promote the Beijing Olympics.