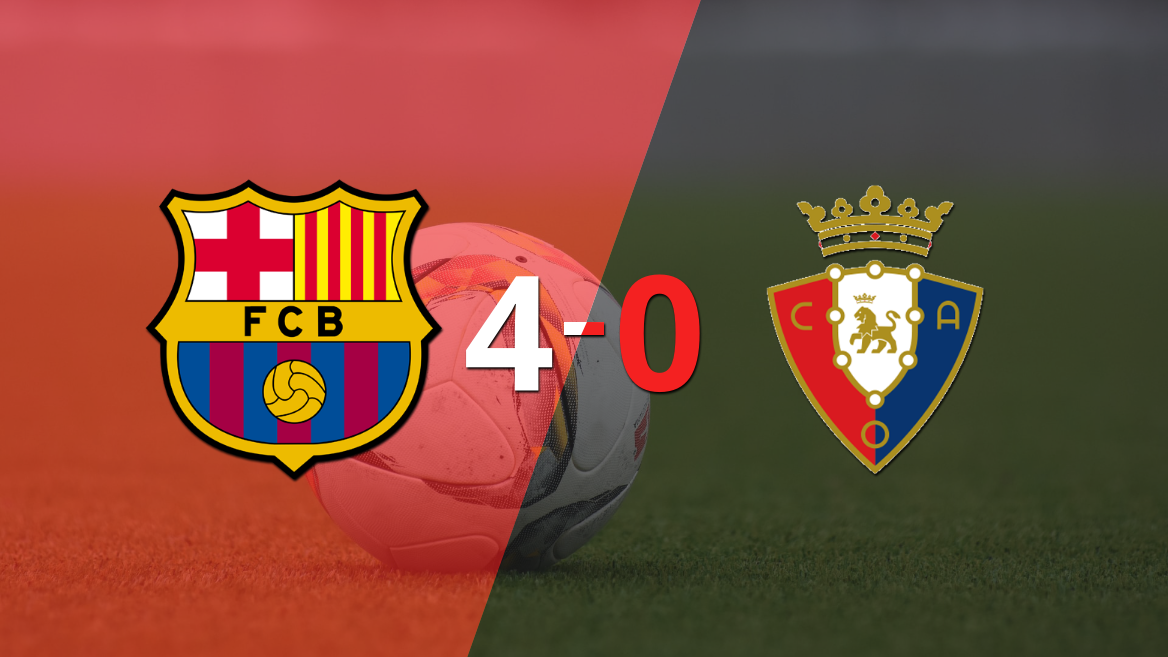 Another player who had a great game was Ousmane Dembélé. The Barcelona attacker shone kicking 4 times and giving 64 correct passes.

Barcelona striker Ferran Torres threw a spout and leaked the ball between the legs of goalkeeper Sergio Herrera de Osasuna 20 minutes into the first stage.

It was a match that had few infractions and had no shocks for the referees. There were several admonitions: Nacho Vidal, David Garcia, Unai Garcia and Darko Brasanac.

For their part, the Jagoba Arrasate team came out with a 4-3-3 tactical disposition with Sergio Herrera under the three suits; Nacho Vidal, David Garcia, Juan Cruz and Cote in defense; Javier Martínez, Lucas Torró and Jon Moncayola in the middle of the court; and Iker Benito, Kike García and Rubén García in the lead.

Ricardo de Burgos Bengoetxea was responsible for supervising the order of the game during the match.

On the next day the Blaugranas will face Real Madrid as a visitor, while the Rojillos will play at home against Levante.

The venue is in third place with 51 points and 14 wins, while the visitor reached 35 units and is placed in 11th place in the tournament.