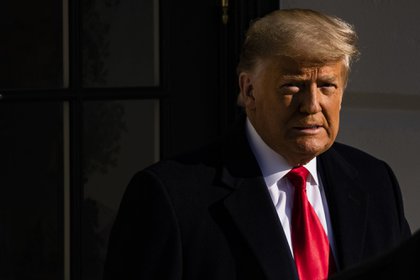 (Bloomberg) -- Two Congressional committees plan to reissue subpoenas to Deutsche Bank AG for Donald Trump’s financial records “very soon,” according to a lawyer for the U.S. House of Representatives.

The House Financial Services Committee and the House Intelligence Committee subpoenaed Deutsche Bank and Capital One Financial Corp. in 2019, seeking years of the president’s personal and business records. The Supreme Court in July ruled in support of Congress’s power to seek evidence from the president, but said a lower appeals court failed to adequately consider Trump’s claims the demands are unnecessary and too intrusive.

Deutsche Bank decided after the Jan. 6 Capitol riot that it would no longer do any business with the president or his companies, according to two people familiar with the matter. It was one of his favored lenders and Trump owes the Frankfurt-based bank more than $300 million.

The subpoenas expired with the end of the 116th Congress on Jan. 3 and will be reissued, the House lawyer, Douglas Letter, said during a court conference Tuesday. The House had dropped the Capital One subpoena and narrowed the categories of records demanded from Deutsche Bank, he said. Letter said he was unable to give a precise date for when the new subpoena would be issued.

“We’ve had a little bit of... some things going on in the Capitol recently,” Letter told U.S. District Judge Edgardo Ramos, an apparent reference to the invasion of the Capitol by rioting Trump supporters.