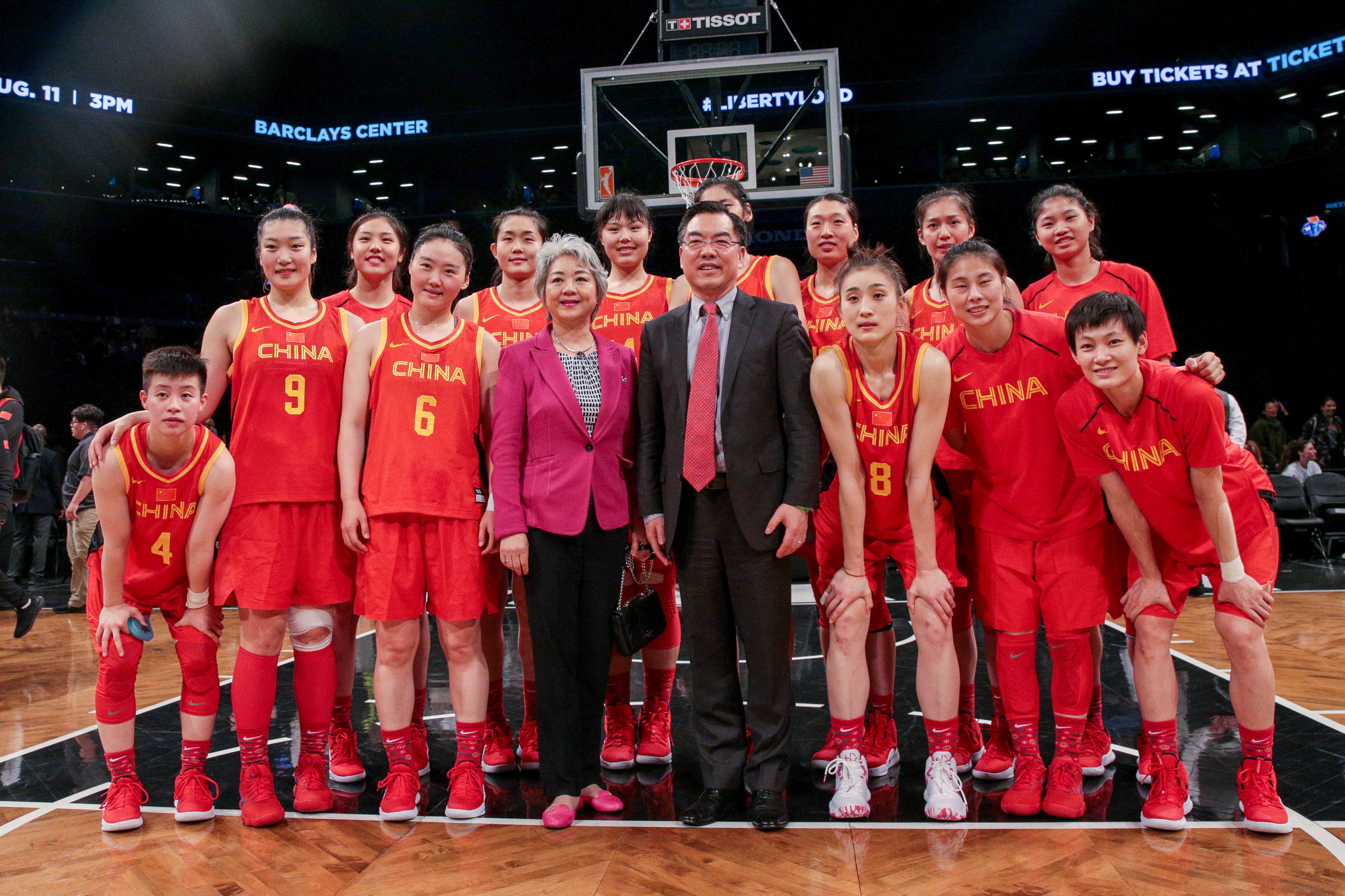 FILE PHOTO: ON THIS DAY -- May 9 May 9, 2019 BASKETBALL - The Chinese national team poses with Consul General Huang Ping after their 89-71 loss to the New York Liberty in a pre-season WNBA game at Barclays Center. The game was organised in an effort to support women athletes globally and was part of a series of collaborations between the Chinese Basketball Association and overseas leagues. Han Xu, who had impressed for China in the previous year's FIBA World Cup, was selected by Liberty in the second round of the WNBA draft and scored 19 points to lead New York to victory. Vincent Carchietta-USA TODAY Sports/File photo

The FIBA Women’s Basketball World Cup will kick off Thursday in Sydney and the United States is, once again, a heavy favorite to win it all for the eleventh time since the World Cup’s debut in 1953. In this year’s rendition, 12 teams have qualified for the tournament.

In Group A, Belgium, China, Bosnia and Herzegovina, Puerto Rico, Korea and the United States will compete for their chance to move out of the group stage. Group B consists of France, Serbia, Japan, Mali, Canada and the Australian hosts. The top four teams from each group will move on to the quarterfinal round for single elimination.

The stakes are high for the World Cup as the winners not only take home the trophy, but also a bid to the Paris 2024 Olympics. While the United States is definitely the team to watch, there will be a few glaring holes in their roster with the absence of two-time Olympic gold medalist Brittney Griner due to her imprisonment in Russia and five-time Olympic gold medalist Sue Bird due to her retirement after a storied career. 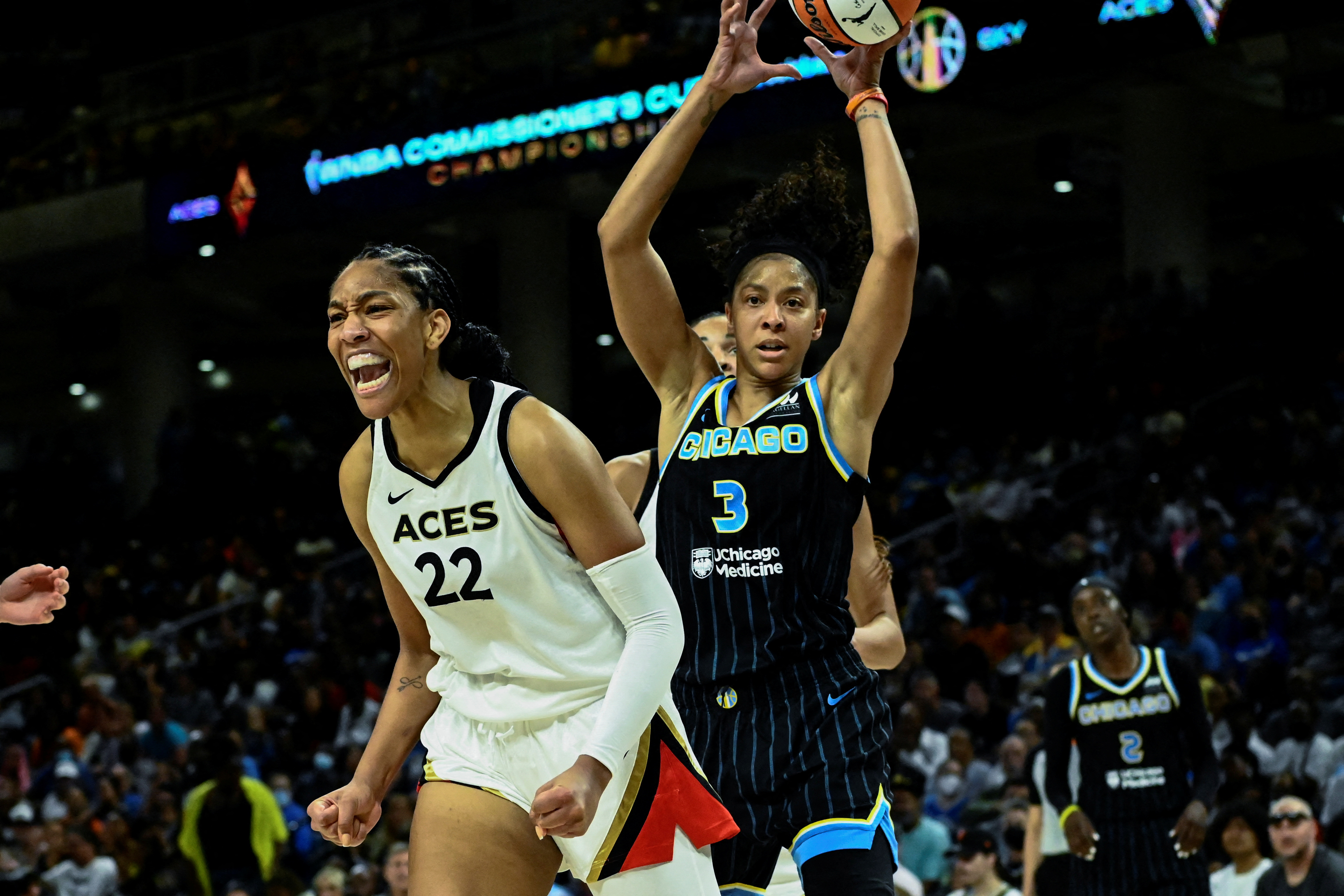 Although the U.S. women are slated to win it all, there will be several other players to keep an eye on in the tournament. China’s Lu Yueru has been making waves over the last few years in her native China and now in the United States playing for the WNBA’s Chicago Sky.

Also from the Chicago Sky is Emma Meesseman who will be playing for her native Belgium. Meesseman was drafted in 2013 to the Washington Mystics, but has moved around the WNBA since then.

Jonquel Jones rounds out the top player to watch over the next 10 days of play. Jones was picked sixth overall in the 2016 WNBA draft and plays for the Connecticut Sun. She was born in the Bahamas, but as of 2019 was granted Bosnia and Herzegovinian citizenship allowing her to represent the nation in international play.

The only other nation who qualified for the tournament who has won previously is Australia, who took home the title in the 2006 World Cup. With the tournament on their home turf, they will certainly be eyeing their second title with their home fans watching courtside. Australia were the runners-up to the United States in the last World Cup which took place in 2018.

For basketball fans, the FIBA Women’s Basketball World Cup will not disappoint and will be a great preview for Paris 2024 as these players will look to that as the ultimate motivation to win this tournament.