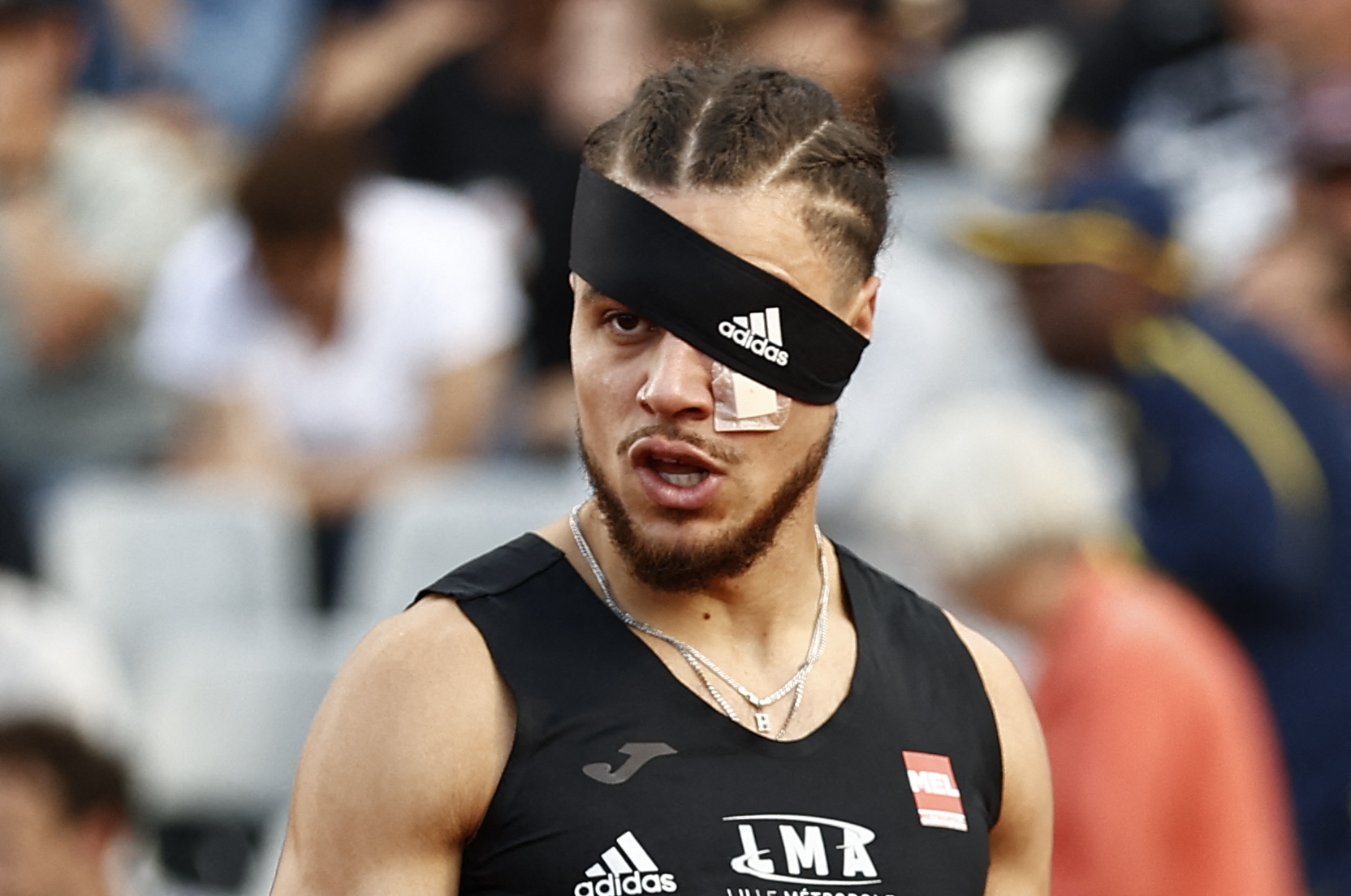 Here’s one for the record books and for the police blotter: Wilfried Happio was punched repeatedly as he warmed up for the 400-meter hurdles at the French national championships in Caen on Saturday.

Just 20 minutes later, wearing an eyepatch and after “coughing up blood,” according to one report, Happio won his fourth straight national title with a personal best of 48.57 seconds. He went under 49 seconds for the first time, slicing nearly half a second off his previous best of 49.01 at the Bislett Games in Oslo, Norway on June 16, where he placed third.

Happio was getting ready to go to the call room when an assailant managed to bypass security in the warmup area. Approaching Happio, the man asked him to confirm his identity. He then landed several punches to the hurdler’s face before Happio’s coach, Olivier Vallaeys, stepped in and stopped the attack.

Despite the shock and pain, Happio insisted on finishing his warmup and going to the starting line. Fueled no doubt by fury and adrenaline, he posted the fifth-best performance in French history. At the finish, Happio roared and slapped his chest. 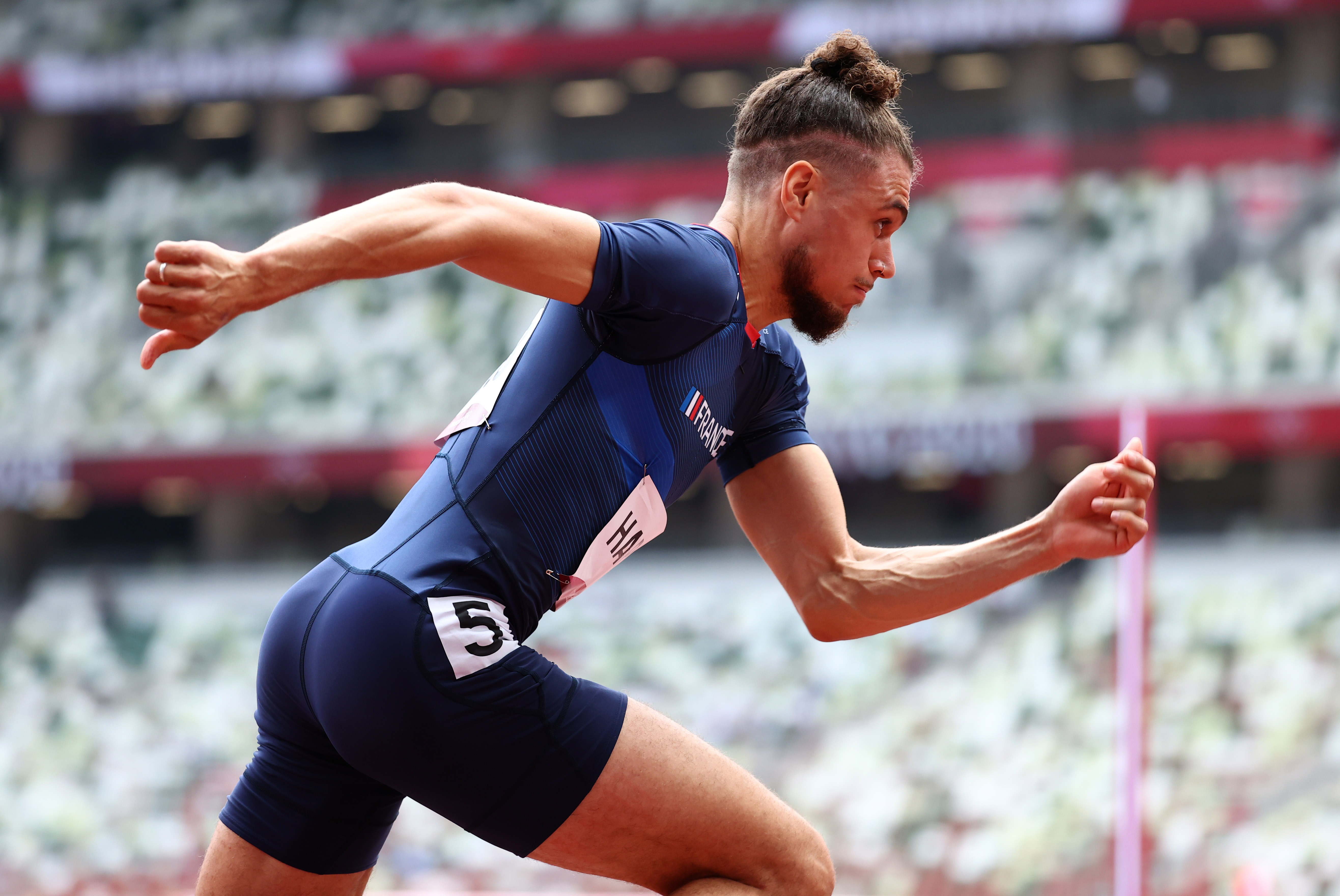 And Rai Benjamin said he felt “banged up” after a tough weekend of racing at the U.S. Nationals.

Benjamin, who ran the world-leading time of 47.04, is known for wearing a white headband. Happio was the hurdler wearing a black headband, slanted so it could cover the white eyepatch over his left eye.

Happio, 23, was reportedly bleeding from the nose as he spoke to reporters after the race. The assailant was arrested by police.

“I don’t want to dwell on it,” Happio said of the attack. “We’ll leave that to the competent people.”

Regarding the race, he said, “The feelings were good. I’m glad I did this time. Physically it’s fine.”

Happio was the 2017 European Junior Champion and will race at World Athletics Championships Oregon22 next month. He was seventh in his semifinal at the Tokyo Olympics and did not get out of the heats in his previous World Championships appearance in 2019.

Vallaeys told reporters, “‘There was a big incident during the warm-up. Someone jumped on him and hit him. A guy who came from nowhere asked him if it was really him, Wilfried Happio, and threw himself on him. I belted it. It was 20 minutes before the race, we were ready to go to the call room. We’re in shock. The guy was arrested. Wilfried is fine.”

Happio did go to the hospital for further tests.

Le Parisien reported the French Athletics Federation and the city of Caen were expected to file a complaint against the assailant.