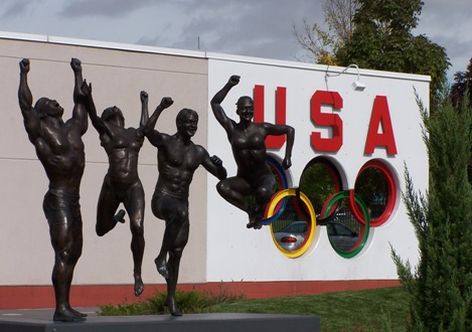 (ATR) Debate over governance reforms at the USOC spill into the public after a group of U.S. Olympians call for mass resignations at the committee.

In a letter to the Athlete’s Advisory Council, USOC chief executive Sarah Hirshland responds by calling for the help of athletes to solve the crisis that erupted from the USA Gymnastics sexual abuse scandal.

A group representing around 100 Olympians called The Committee to Restore Integrity to the USOC released a statement Jan. 4calling for the entire USOC board to resign. Olympians Nancy Hogshead-Makar and Ed Williams tellAround the Ringsthey had personally sent the statement to Hirshland and USOC Board Chair Susanne Lyons.

"The USOC does not appear to be able to reform itself," says the statement from the committee.

"Despite actual knowledge of real athlete-vulnerability of sexual abuse and ongoing retaliation, to our knowledge, no member of the USOC board or senior leadership called for a reconsideration of these dangerous USOC policies prior to Congressional and media involvement, and Board members did not call upon Congress to rectify any barrier that the Sports Act may have imposed," says the statement.

Hirshland did not respond directly to the critics, choosing instead to write directly to the AAC that the USOC needs "your leadership, organized and aligned behind a unified voice so that we know athletes’ input is well represented".

The letter spelled out recent dialogue between the USOC and the AAC on three areas to make more progress on reform. This included "expectations of the AAC as it relates to the athlete representatives," areas of modification for the re-selection of board members by the USOC, and allowing more direct input by the AAC to USOC board agendas.

There were no direct mentions of the Team Integrity committee, but Hirshland referenced "numerous news reports, social media posts and press releases issued by various individuals, some claiming to represent the AAC".

Han Xiao, AAC chair, told ATRthat he had spoken with a few other members of the council and that the letter was read "as a sharp rebuke". He said that the committee has at times been frustrated in which the speed of reforms have gone, and has asked USOC leadership "to empower the AAC to truly be the spokesperson for the athlete body, even if our message is somewhat critical or highlighting issues that need to be addressed".

The AAC does not "have concrete plans to directly work with" outside groups that have lobbied criticisms at the USOC, Xiao said. That does not mean that the AAC is listening to those groups, but rather it is "maintaining communication so that we understand their points of view and can accurately represent them when necessary".

"I am not completely sure why the letter was directed at the AAC and not those who are criticizing the USOC publicly, other than to ask the AAC to control the voices coming out of the athlete community."

There is only a slight intersection between members of the AAC and "Team Integrity". Keith Sanderson the AAC representative from shooting and Eli Bremmer, an alternate member from Modern Pentathlon, both have signed on to the outside movement.

In an email to ATR he said that he joined "Team Integrity" because it has "the ability to work quickly on behalf of athlete issues and many members who bring substantial USOC background to the table".

Changes by the AAC to become more proactive in standing up to the USOC have not gone unnoticed, Bremmer said. But in his mind more needs to be done for the USOC to show it is taking reforms in good faith.

Currently, a commission led by sports executive Lisa Borders is in the process of speaking with stakeholders around U.S. Olympic sport, and reviewing the governing structure of the USOC.

Borders’ commission could wrap up its work by the middle of this year, although there is no definite timeline for its completion.

Members of "Team Integrity" will meet with Hirshland on Jan. 16, a meeting that was arranged before the public statements made this month.

Another letter from Hogshead-Makar and Williams this week criticized Hirshland's letter to the AAC.

"The Integrity Committee, and those many Olympic athletes and other supporters who have signed on to our mission to bring structural and cultural change at the USOC, is now approaching 100," the letterread.

"We will continue to advocate and act; and we are confident that the elected leadership of athletes on the AAC will do so as well. However, it appears, now more than ever, with the recent actions of the USOC, that Congress will have to assert its muscle to bring about needed substantive change.

"We respectfully call upon Congress to do so."